Italian People
Italian Women
Virgo Actresses
Italian Actresses
Italian Directors
Career
Asia Argento began her acting career at the age of nine when she was cast in a minor role in a movie by Sergio Citti. At the age of 18, she starred in her father's flick ‘Trauma’. In 1994, she appeared in the Italian comedy ‘Perdiamoci di vista’ and in the French film ‘Charlotte de Sauve La Reine Margot’. That year, Argento also made two short films namely ‘A ritroso’ and ‘Prospettive’. Two years later, she acted in the drama film ‘Compagna di viaggio’. Soon after this, she began appearing in English-language films, starting with the 1998 movies ‘New Rose Hotel’ and ‘B. Monkey’.
In 2000, the Italian beauty wrote and directed her first fiction feature flick titled ‘Scarlet Diva’. Two years later, she achieved wider recognition with her portrayal of the undercover spy Yelena in the American action movie ‘xXx’. Argento next directed her second feature film titled ‘The Heart Is Deceitful Above All Things’ in 2004. Three years later, she starred in the period drama ‘The Last Mistress’. She then became a part of the project ‘Femina’. In May 2013, she released her debut album, ‘Total Entropy.’ The following year, she had a supporting role in the British flick ‘Shongram’. In 2014, Argento also came up with her third feature film, ‘Misunderstood.’
In addition to her cinematic accomplishments, Asia Argento has authored a number of stories and articles for various magazines such as ‘L'Espresso’ and ‘Dynamo.’ Her first novel, ‘I Love You Kirk,’ was published in 1999. She has also done a number of music videos including Placebo's "This Picture”. The Italian artist has modeled for the jeans brand Miss Sixty as well.
Recommended Lists:

Female Film Directors
Actresses Who Are In Their 40s
Women Film & Theater Personalities
Italian Film & Theater Personalities
Continue Reading Below
Personal Life
Asia Argento was born as Aria Maria Vittoria Rossa Argento on 20 September 1975 in Rome, Italy to film director Dario Argento and actress Daria Nicolodi. Her maternal great-grandfather was Italian composer Alfredo Casella. Argento had a half-sister named Anna Ceroli who lost her life in a road accident.
Coming to her love life, the Italian beauty was earlier in a relationship with musician Marco Castoldi. The couple has a daughter named Anna Lou. After breaking up with Castoldi, Argento married director Michele Civetta in 2008. Her second child, son Nicola Giovanni, was born the same year. The couple separated in 2013.
In 2017, the actress cum director began a relationship with popular celebrity chef Anthony Bourdain. He died of an apparent suicide on 8 June 2018. Argento also had consensual sexual relations with American former film producer Harvey Weinstein. In an article published in October 2017 in ‘New Yorker,’ it was disclosed that she was once sexually assaulted by Weinstein.
Recommended Lists: 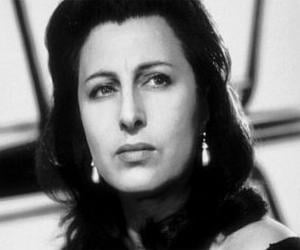