Giada Colagrande is a filmmaker and actress from Italy. Her films are known for their unique observation of post-modernism and the human condition in today’s world. Colagrande was educated in her native country as well as in Switzerland and Australia. She began her career with a series of video shorts about eight contemporary artists. Released between 1997 and 2000, the series, which was named ‘VOLUME’, earned her international recognition. She wrote, produced, directed, and acted in the 2002 drama ‘Open My Mind’. The movie was selected to be shown at numerous film festivals across the globe. Receiving universal acclaim, the film won her the Prix de l'Avenir at the 2002 Paris International Cinema Meeting and the Best Director Award at the 2003 Sulmonacinema Film Festival. Since then, she has released three more feature films, two documentaries, and a video short. Her husband, American actor and filmmaker Willem Dafoe, has starred in most of her films alongside her. Claudia Cardinale
DID WE MISS SOMEONE?
CLICK HERE AND TELL US
WE'LL MAKE SURE
THEY'RE HERE A.S.A.P
Quick Facts

Italian People
Italian Women
Libra Actresses
Italian Actresses
Italian Directors
Career
In 1995, Giada Colagrande came to Rome and began her career by making video art and documentaries on contemporary art. Two years later, she was invited to participate in VOLUME, a video-short project on some of the most influential figures of contemporary art. She accepted, and from 1997 to 2000, made video portraits of Jannis Kounellis, Alfredo Pirri, Bernhard Rüdiger, Nunzio, Raimund Kummer, Gianni Dessí, Maurizio Savini, and Sol LeWitt.
She made her first short film ‘Carnaval’ in 1997, and followed it up by releasing two more, ‘Fetus – 4 brings death’ (1999), and ‘n.3’ (2000). In 2001, Aprimi il Cuore (Open My Heart), a film she wrote, directed, produced and acted in, was released. It premiered at the Venice Film Festival in 2002 and subsequently was screened at the Tribeca Film Festival in 2003. Besides winning awards at the Paris International Cinema Meeting and Sulmonacinema Film Festival, the movie also received Jury Award nomination for Best Narrative Feature at Tribeca and the Silver Ribbon nomination for Best New Director from the Italian National Syndicate of Film Journalists.
She collaborated with her husband for the first time in ‘Before It Had a Name’ (2005). They co-wrote the script and played the lead protagonists in the film. This was Colagrande’s first English script. The film opened at the Venice Film Festival and later was released on DVD under the name ‘The Black Widow’.
She wrote and directed her next film ‘A Woman’ (2010). Starring Defoe and Jess Weixler, the movie received Controcampo Italiano Prize at the 2010 Venice Film Festival. In 2012, she joined PRADA’s ‘The Miu Miu Women's Tales’ video series project and made the short film ‘The Woman Dress’. She also directed ‘Bob Wilson's Life & Death of Marina Abramovic’, a documentary on theatre legends Bob Wilson and Marina Abramovic.
Colagrande and Abramovic worked together again in the 2013 short film ‘The Abramovic Method’. The movie was shown at Venice and has been presented in numerous museums all over the world. Her latest film, ‘Padre’ (2016) starred her, Dafoe, and Franco Battiato.
Recommended Lists:

Female Film Directors
Actresses Who Are In Their 40s
Women Film & Theater Personalities
Italian Film & Theater Personalities
Continue Reading Below
Personal Life
Giada Colagrande was born on October 16, 1975, in Pescara, Abruzzo, Italy. She spent her youth in Italy, Switzerland, and Australia, studying in various institutions in those countries.
She first met Dafoe on a street in Rome in 2004. He knew of her body of work and they had mutual friends. After a year of dating, on 24 March 2005, Dafoe asked her to marry him. They wed the next day with his manager and her editor as witnesses.
Recommended Lists: 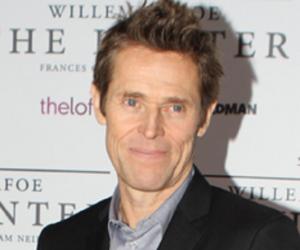