Advanced Search
April Athena is a popular American YouTube star who runs three YouTube channels and regularly posts videos on them. She first created the AprilAthena7 channel, followed by CookWithApril andAprilJustinTV. The channel AprilAthena7 was created in 2009. She uploads videos on beauty, lifestyle, and DIY here. The channel has garnered a significant number of subscribers. CookWithApril was started in 2011 and has more than 265 videos. AprilJustinTV, which she runs with her husband, was started in 2013. It has almost 1500 videos. It is basically a family vlog channel. This beauty, cooking, and lifestyle vlogger is a popular social media personality as well with 190k followers on Instagram, 76k on Twitter, and 168kfollowers on Facebook. She also runs an online store called Saturday Sunshine with her husband. Jeffree Star
7th April In History
DID WE MISS SOMEONE?
CLICK HERE AND TELL US
WE'LL MAKE SURE
THEY'RE HERE A.S.A.P
Quick Facts

American People
Beauty Vloggers
American Women
California YouTubers
Aries Youtubers
Rise to Stardom
April Athena was hugely successful with her first YouTube channel AprilAthena7. It was started on June 4 2009. Since then, she has amassed 604k subscribers and 78 million views, as of June 2018. She uploads videos on beauty, DIY, reviews, lifestyle and other topics. Many of her videos have crossed millions of views and the ones which are very popular are ‘Shit Beauty Gurus Say…,’ ‘How to Make a Man Propose (Parody),’ ‘How to Haul! (Parody),’and ‘Bras for Backless Tops & Underwear for Tight Fitting Dresses.’
Recommended Lists:

Female Diy Youtubers
Female YouTubers
American YouTubers
Female Food Youtubers
She runs a second channel called CookWithApril, which she started on December 14, 2011. It has garnered 305k subscribersand 27 million views, as of June 2018. She uploads a “tasty” video on every Tuesday, as her subtitle goes: “New cooking & baking videos every Tasty Tuesday!” The category ‘Thirsty Thursday Drinks’ is hugely popular, with over a million views on most of the videos.
She runs a third channel with her husband, which is called AprilJustinTV. It was started on January 26, 2013. The channel has 361k subscribers and 101 million views as of June 2018. This is a lifestyle channel, where the family and kids are featured. The couple uploadsvlogs daily. The most popular vlogs on this channel are ‘I Was Pregnant’, ‘Birth of our Baby’, ‘Baby Comes Home’, ‘Baby Shower’, and ‘Costa Rica Vacation.’April often collaborates with her friend and beauty vlogger Judy Travis.
Continue Reading Below
Personal Life
April Athenawas born on April 7, 1985, in California, the USA. She is quite educated and has bachelor’s degrees in child development and family life education. She married her long-time boyfriend JustinonAugust 7, 2011. They had met online in January 2007. He is the founder of Trending Family, an organizationthat connects brands with family influencers on social media. Their elder son Liam was born in April 2014 and their younger son Jacob was born in May 2017. April has a number of pet cats. Beauty vlogger Judy Travis is her good friend.
Recommended Lists: 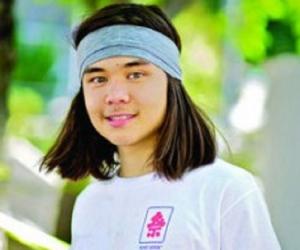 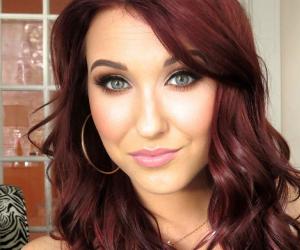 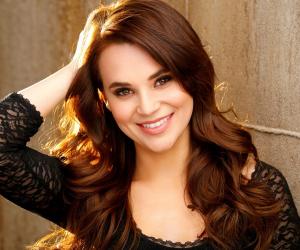