An Italian violin-maker, Antonio Stradivari was known to revolutionize the design of violins which are still now known for their amazing tonal quality. There are no significant proofs of his birth date, but he belonged to a family of nobles. At a very tender age, he started his apprenticeship with the famous violin-maker Nicolo Amati. Though there is no concrete evidence but many argue that Antonio initially worked as woodworker and might have been hired by famous instrument maker Amati to decorate some of his pieces. Later, Antonio began to produce instruments under his own label, but stayed with Amati till the time he gained a solid foothold in Cremona. As compared to Amati, Antonio’s early violins had smaller dimensions, but later he experimented with design and tone and developed ‘Long Strad’ or long violin. Stradivari’s influence was not only limited to Cremonese violins, but it also made an international impact. His designs have helped lay the foundation of most modern instruments. Antonio never revealed his workmanship secrets to anyone, but it was probably the perfect blend of materials, design and artistry which created such wonderful instruments, appreciated till now. Read on to know more about the life and works of this legendary instrument-maker 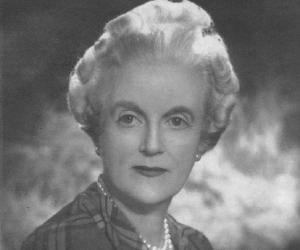 Mainza Chona
Childhood & Early Life
There are no established records of Antonio’s birth, but some evidences suggest that he was probably born in 1644 in Cremona. He was the son of Anna Moroni and Alessandro Stradivari.
He may have started his apprenticeship with Nicolo Amati, as many of his early instruments resembled Amati’s style. Some other sources also suggest that he started his career as a wood worker and worked mainly on designs of Amati’s violins.
Continue Reading Below
You May Like

The Best Black Actresses Of All Time
Career
Under the guidance of Amati, Antonio started producing decent instruments in 1660; he was merely 16 then. He stayed with Amati for a few more years, until he got a solid foothold in the world of instrument-makers.
In the initial days, he produced many stringed instruments like mandolins, guitars, and lutes. The basic design still resembled Amati’s, but Antonio started with his experimentations with design and tone.
During 1680’s, his experimentations gave birth to solid violins which had different finishes. Gradually he was deviating from his mentor’s style. The sound of these violins was extremely powerful, and they were soon popular not only in Cremona but also in other places.
After Amati’s death in 1684, Antonio consolidated his position as the finest violin-maker in Cremona.
He dabbled in intricacies of instrument-making and his precision increased as evident from his 1690 creation, the ‘Tuscan violin’, where inserting the purfling rapidly needed dexterity and accuracy.
During this time, he also started innovating and the result was ‘Long strads’ or long pattern violins which are longer than the traditional instruments. The fuller deeper sound that the instrument produced made it quite popular among musicians.
The period of 1700 to 1720 is known as the most productive years of his career. Discarding the long violin, he started making instruments that combined the rich tone of his previous creations with sweet sounds of a traditional Cremonese violin. The wood was always maple, and the orange-brown varnish became his trademark.
The creations from this period became famous as individual entities. Notable ones are ‘Alard’, ‘Betts’, and ‘Messiah’, which Antonio never sold during his lifetime.
Antonio also experimented with the cello, and with the growing demand for smaller instruments made several smaller cellos between 1707 and 1710.
Continue Reading Below
By 1720, his failing health including his poor eyesight started affecting his work and his sons along with another employee helped him during this period. Many of the instruments produced during this time bore the inscription ‘under the discipline of Antonio Stradivari’.
Major Works
The eminent instrument maker had a great influence on the Cremonense violin making school and his style defined violin making across the globe for over the next three centuries. Stradivari is credited with the design of the 'long strad violin' which were inspiration for future luthiers such as Daniel Parker and Jean Baptiste Vuillaume.
Personal Life & Legacy
Antonio was married twice in his lifetime. In the year 1667, he was married to Francesca Feraboschi. The couple had six children. Two of his sons from this marriage would later become violin-makers like their father.
In 1698, Francesca died, and the next year, Antonio married Antonia Maria Zambelli. There were five children from this marriage, but no one was part of the instrument-making business.
Antonio died on December 18, 1737 at the age of 93. The accomplished luthier and his second wife were buried in a tomb across the street at ‘Chapel of the Rosary’ of the ‘Church of San Domenico’.
Antonio has largely influenced instrument making in Cremona bringing his own style. His unique style was adopted by international makers like Barak Norman, who was one of the finest instrument-makers in Britain.
During the 1720s, Daniel Parker greatly influenced by Antonio’s work produced violins which are now sold at auctions fetching a handsome price. Antonio’s designs were also copied by Jean Baptiste Vuillaume.
Trivia
Antonio Stradivari’s violins are the most coveted instruments among musicians. An auction in 2000 saw the selling of a Stradivari violin at a New York City at a hefty price of $1.3 million.
There were speculations that the Stradivari violin in Ashmoleon Museum is actually a fake. This 284-old beauty is considered as one of the finest instruments of the master craftsman and is known to be worth of $15 million
You May Like

See the events in life of Antonio Stradivari in Chronological Order 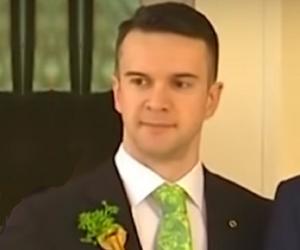 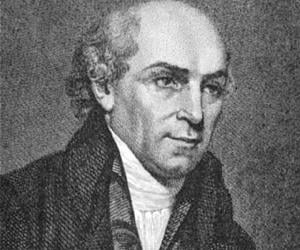