Anna Kendrick is a popular American Oscar-nominated actress, who is known for her roles in several hit movies, including a supporting role in Twilight. Born in Portland, Maine, she began her acting career as a child in High Society, a popular Broadway musical. After earning a Theatre World Award for her performance, she then played a supporting role in a New York City opera production of A Little Night Music, a musical by Stephen Sondheim. Eventually, she ventured into movies and gained prominence as a film actress after her role in the romantic fantasy movie Twilight, where she played the best friend of the main character. She reprised her role in The Twilight Saga: New Moon. She has also appeared a few times on television, in episodes of shows such as Fear Itself and Comedy Bang! Bang! Also a singer, Anna Kendrick sang a cover of the popular song Cups for the soundtrack of the film Pitch Perfect, appearing in its music video as well. The song was a huge hit, peaking at No 6 in the US Billboard 100, and at No 2 in the US Adult Top 40. Anna Kendrick was born on 9 August 1985, in Portland, Maine. Her father, William Kendrick, worked as a history teacher, and her mother, Janice, as an accountant. She has an older brother, Michael Cooke Kendrick, who went on to become an actor. She is of mixed English, Irish, and Scottish descent.

Anna began her career when she was only 12 years of age. She played a supporting role in High Society, a popular 1998 Broadway musical. Her brilliant performance earned her a Theatre World Award. She also earned nominations for Featured Actress in a Musical at the Drama Desk Awards, as well as at the Tony Awards. 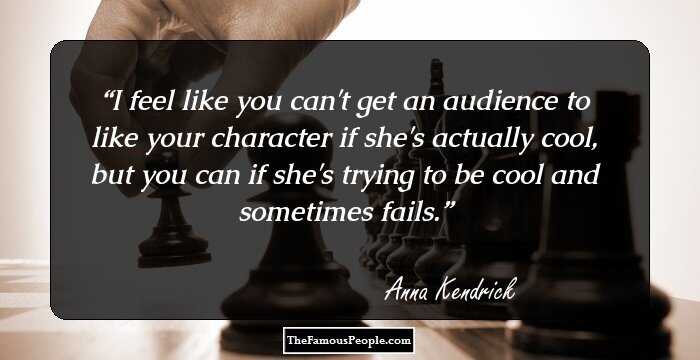 Quotes: Character, Trying
Continue Reading Below
You May Like

Anna Kendrick made her film debut in 2003 in the movie Camp. Written and directed by Todd Graff, the film was a moderate success, and won several award nominations. Kendrick’s performance as a nerdy character named Fritzi Wagner earned her a nomination for the Independent Spirit Award.

She rose to popularity in 2008 for her role in the well-known romantic fantasy movie Twilight, where she played Jessica Stanley, the best friend of the main character. The film, directed by Katherine Hardwicke, was a huge success at the box office.

The following year, she appeared in The Marc Pease Experience, a comedy film, directed by Todd Louiso. The film, which featured Kendrick in a supporting role of a character named Meg Brickman, wasn’t much of a commercial success.

The same year, she also appeared in the sequel to Twilight, named The Twilight Saga: New Moon, in which she reprised her role as Jessica Stanley. Directed by Chris Weitz, the film was even a bigger commercial success than its prequel. Kendrick’s performance earned her a nomination at the 2010 Empire Awards for Best Newcomer.

She next played a young businesswoman in the 2009 comedy film Up in the Air. Her brilliant performance in the film won her an Oscar nomination for Best Supporting Actress.

In 2010, Anna Kendrick appeared in The Twilight Saga: Eclipse, the third instalment of the Twilight series. The film, which was directed by David Slade, was a huge commercial success. It also won several awards, such as People’s Choice Award for Favourite Movie.

In 2010, she appeared in a music video of a popular song titled Pow Pow. The video, which was directed by David Ayer, starred her as a shape-shifter who collects “souls of wicked men.”

In 2013, her song Cups, which she had sung for the film Pitch Perfect, was released as a single. It had gained a huge level of popularity, peaking at No 6 in the US Billboard 100. It also became the official theme song of the 2013 CONCACAF Gold Cup tournament.

Anna Kendrick reprised her role in Pitch Perfect 2 (2015), which was directed by Elizabeth Banks. The film was a huge commercial success, grossing $287 million. She also appeared in the third instalment of the Pitch Perfect franchise, which released in 2017.

In 2016, she appeared in the action-thriller movie The Accountant in a main role. Directed by Gavin O’Connor, the movie did quite well commercially. It mostly received mixed reviews.

In March 2017, she was seen in Table 19. Directed by Jeffrey Blitz, the film starred her in the lead role. However, it failed to do well commercially. It also received mostly negative reviews. 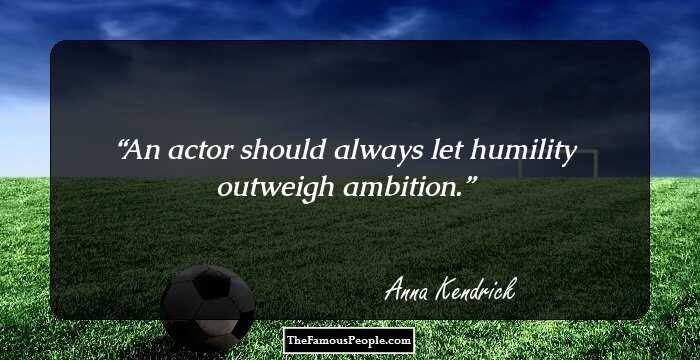 Twilight, a 2008 romantic fantasy movie, can be regarded as the first significant work in Anna Kendrick’s career as the film brought her popularity and prominence. The film, which was based on a popular novel of the same name by Stephanie Meyer, was directed by Catherine Hardwicks. The film followed the relationship between a teenage girl, Bella, and Edward, a vampire. The film released in November 2008, and was a huge hit internationally. It did well commercially, grossing $393 million worldwide.

Pitch Perfect, a 2012 American musical comedy, is among Anna Kendrick’s significant works. Directed by Jason Moore, the film starred Kendrick in the lead role, along with other well-known actors, such as Skylar Astin, Rebel Wilson, Anna Camp, Brittany Snow, and Ester Dean. The film, which was loosely based on a non-fiction book of the same name by Mickey Rapkin, was a commercial success and received mostly positive reviews.

She also played an important role in The Accountant, a 2016 American action-thriller, which was directed by Gavin O’Connor. The film saw Anna appearing alongside actors like Ben Affleck, JK Simmons, Jon Bernthal, Jeffrey Tambor, and Jon Litheow. The film was a commercial success, grossing a total of $155 million, on a budget of $44 million. It was nominated for two Jupiter Awards. Reviews were mostly mixed.

Throughout her career, Anna Kendrick has won several awards and nominations for her brilliant acting skills. Some of them are the Austin Film Critics Association Award, Houston Film Critics Society Award, and National Board of Review Award, all three for the Best Supporting Actress in 2009 for her role in the movie Up in the Air.

She won the Teen Choice Award for Choice Movie Actress – Comedy for her role in Pitch Perfect 2 in 2015. She also won Choice Movie - Hissy Fit for the same role. 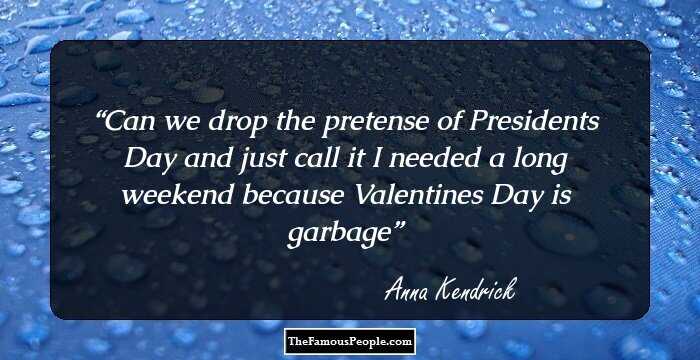 Anna Kendrick currently resides in Los Angeles, California. In 2009, she started dating Edgar Wright and continued the relationship till 2013. The next year, she began a relationship with Ben Richardson. She is currently dating actor Bill Hader.

Quotes By Anna Kendrick | Quote Of The Day | Top 100 Quotes

See the events in life of Anna Kendrick in Chronological Order