Advanced Search
Andrés Arturo Garcia Menéndez, who is also better known by his professional alias Andy Garcia, is a Cuban American actor and director, who can be regarded as one of the leading men of Hollywood. He made his film debut in 1983 with the film ‘Blue Skies Again.’ In 1987, he got to play a significant role in ‘The Untouchables’, a film which turned out to be a blockbuster. This proved to be a turning point in his career. Since then, having appeared in several popular and successful Hollywood films like ‘The Godfather: Part III’, ‘Ocean’s Thirteen’, and ‘The Last City’ he has earned a lot of worldwide fame for himself. He has appeared on television as well. His most significant work on TV is ‘For Love or Country: The Arturo Sandoval Story’, directed by Joseph Sargent. It premiered on HBO premium cable network and first aired on 18 October 2000. For his amazing talents as an actor, Garcia has won several significant awards such as the Nostros Golden Eagle Awards in 1997 for ‘Outstanding Performer in Film.’ Tom Cruise
12th April In History
DID WE MISS SOMEONE?
CLICK HERE AND TELL US
WE'LL MAKE SURE
THEY'RE HERE A.S.A.P
Quick Facts 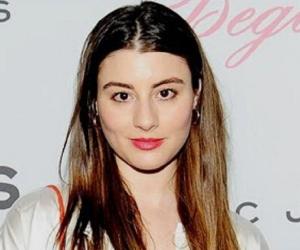 American People
American Men
Aries Actors
American Actors
American Directors
Childhood & Early Life
Andy Garcia was born on 12 April 1956, as Andrés Arturo Garcia Menéndez, in Havana, Cuba. His parents were Amelie Menéndez, an English teacher, and René Garcia Núñez, who worked as an attorney as well as an avocado farmer. He has two older siblings as well, a brother René and a sister Tessi.
When Garcia was still very young, Fidel Castro came to power, leading to a political turmoil in the country. Therefore, his family moved to Miami, Florida, in the United States. Over the years, they built up a million-dollar perfume company.
Garcia attended the Miami Beach Senior High School. Initially, he was much enthusiastic about sports, and had wanted to take up sports as a career. However, he contracted mononucleosis and hepatitis when he was in his senior year, and he decided to take up acting instead.
While in his senior year at high school, he started taking drama classes with Jay W. Jensen, a renowned drama teacher. Later, he completed his graduation from Florida International University.
Continue Reading Below
Career
Andy Garcia began acting while still at the Florida International University and set his eyes upon Hollywood after graduation. Soon he started auditioning for parts while working as a waiter to earn his living. Finally in 1980, he managed to earn a role in the TV series ‘Hill Street Blues’, where he played a small supporting role of a gang member.
He made his film debut in 1983 with the movie ‘Blue Skies Again.’ The movie, which was a comedy on baseball, was directed by Richard Michaels, one of America’s most popular movie and TV show directors.
Later, he appeared in movies such as ‘The Mean Season’ and ‘Eight Million Ways to Die’, after which he landed an important role in the 1987 blockbuster film ‘The Untouchables.’ He was quite appreciated for his role of a cop-turned-government agent. The film was a huge hit as well, and turned out to be a turning point in his career.
In 1990, he acted in ‘The Godfather: Part III’, a crime film directed by Frank Coppola. The film was a sequel to the films ‘The Godfather’ and ‘The Godfather: Part II’. The film is about a Mafia Kingpin, who is guilty about his previous ruthless attempts to rise to power and expand his criminal empire. Andy’s role as Vincent Mancini was quite appreciated and earned him much recognition worldwide.
The same year, Andy Garcia also appeared in the American crime thriller ‘Internal Affairs’, a film about a crook cop in the police department, played by Richard Gere, and another agent, played by Andy Garcia, who starts looking into his crimes and gets obsessed with catching him.
In the following years, he appeared in other significant films such as ‘Dead Again’, (1991) ‘Dangerous Minds’, (1995), ‘Hoodlum’ (1997), and ‘Lakeboat’ (2000).
In 2005, he directed the film ‘The Lost City’, which deals with the political revolutions in Cuba. The film stars Garcia himself, along with other actors such as Dustin Hoffman, Inés Sastre, Bill Murray, Thomas Milan and Richard Bradford.
Later, he appeared in films such as ‘Ocean’s Thirteen’ (2007), ‘The Pink Panther 2’ (2009), ‘For Greater Glory’ (2012), and ‘Let’s be Cops’ (2014).
His most recent films include ‘Passengers’, a sci-fi adventure film, which was released in December 2016. The film has turned out to be a huge success, grossing $293 million worldwide.
Continue Reading Below
Major Works
’The Untouchables’ a blockbuster American film directed by Brian De Palma, can be considered the first significant film in Andy Garcia’s career. The film premiered in New York City on 2 June 1987, and along with Garcia, it starred Kevin Costner, Charles Martin Smith, and Sean Connery. The story is about the Federal agent Elliot Ness and his personal team who want to bring the Chicago crime boss Al Capone to justice by any means. The film grossed $106 million worldwide and was reviewed mostly positively by critics and was nominated for four Academy Awards.
The next significant film in Garcia’s career was ‘The Godfather Part III’, an American crime film released in 1990, written by Mario Puzo and directed by Frank Coppola. The movie is about Michael Corleone, who feels guilty for the crimes he committed years ago in pursuit of power, and his attempts at seeking redemption. The film was a huge success, grossing $137 million worldwide. It was also nominated for seven Academy Awards.
Coming to his recent works, he has played a significant role in the 2016 American sci-fi film ‘Passengers’, directed by Morten Tyldum and written by Jon Spaihts. It also stars other significant actors such as Jennifer Lawrence, Chris Pratt, and Michael Sheen. The film had grossed $293 million worldwide by early 2017 and won the ‘Best Original Score’ and ‘Best Production Design’ at the 89th Academy Awards. It has received mostly mixed reviews from critics despite its resounding success.
Awards & Achievements
In 1997, Andy Garcia was awarded with the Nostros Golden Eagle Award for ‘Outstanding Performer in Film.’
He won the ALMA Award for Outstanding Actor in a Feature Film for his role as Frank Conner in ‘Desperate Measures.’
In 2006, Garcia won the Anthony Quinn Award for Achievement in Motion Pictures presented by ALMA Awards for his achievements in acting.
In 2016, he was ranked one of ‘Newsmax’s 50 Most Influential Latino Republicans.’
Family & Personal Life
Andy Garcia got married to Marivi Lorido in 1982, and the couple has four children.
His daughter Dominik Garcia-Lordio has followed his footsteps and has stepped into Hollywood as an actress.

See the events in life of Andy Garcia in Chronological Order