Advanced Search
Andrew Buchan is an English actor who has earned recognition for his roles in the TV drama series ‘Broadchurch’, ‘Party Animals’, and ‘Garrow's Law’. The Stockport native grew up in Lostock in Bolton, where he attended Rivington and Blackrod High School. Buchan later graduated from Durham University. His love for performing arts led him to attend the prestigious Royal Academy of Dramatic Art (RADA) as well. Before starting his acting career, he did a number of odd jobs, including as a tour guide for Granada Studios and a barman at Manchester Airport. Buchan also worked in Italy as a laborer. He finally made his way into the acting world when he appeared in Royal Exchange Theatre’s production of ‘Romeo and Juliet.’ The actor soon landed roles on television and eventually on the big screen. He married fellow actor Amy Nuttall in 2012, after five years of dating. Aaron Taylor-Jo...
DID WE MISS SOMEONE?
CLICK HERE AND TELL US
WE'LL MAKE SURE
THEY'RE HERE A.S.A.P
Quick Facts

British People
Royal Academy Of Dramatic Art
Tall Celebrities
Tall Male Celebrities
Pisces Actors
Childhood & Early Life
Andrew Buchan was born on 19 February 1979 in Stockport, England. He attended Rivington and Blackrod High School.
While pursuing his A-Levels, he served as a tour guide for Granada Studios, as a concierge at the De Vere Whites hotel and as a barman at Manchester Airport.
In 2001, Buchan earned his Bachelor of Arts degree in modern languages from Durham University. He later attended the Royal Academy of Dramatic Art (RADA).
Continue Reading Below
Career
Andrew Buchan made his acting debut in 2005 when he appeared in a production of ‘Romeo and Juliet’ that premiered at Royal Exchange Theatre. A year later, he landed a role in the TV film ‘If I Had You’.
He bagged the role of Scott Foster in ‘Party Animals’ (2007), a television series about people involved with the Parliament of the United Kingdom. During this time, the actor also featured in the drama ‘Cranford’.
In 2008, he played John Mercer in ITV’s drama series ‘The Fixer’. The following year saw him in the lead role of William Garrow in the legal drama ‘Garrow's Law’. Also in 2009, Buchan made his film debut in ‘Nowhere Boy’, a biographical drama film about John Lennon, his relationship with his mother Julia Lennon, the formation of his band The Quarrymen, and its evolution.
His projects for 2010 included the TV film ‘Abroad’, the television series ‘Coming Up’, the TV miniseries ‘The Sinking of the Laconia’ and the drama series ‘The Nativity’. Three years later, the actor starred as Jack in the drama film ‘Having You’ alongside Anna Friel, Phil Davis, Romola Garai, and Harry Hadden-Paton.
In the ensuing years, he appeared in television projects like ‘The Honourable Woman’ and ‘The Great Fire.’ In the mid-2010s, Buchan featured in the made-for-television films ‘Home Joe’ and ‘The Last Dragonslayer’.
In 2017, he was cast as John Paul Getty Jr. in the movie ‘All the Money in the World’. The crime thriller, directed by Ridley Scott, covers industrialist J. Paul Getty's refusal to cooperate with the kidnappers of his grandson and give in to their demands of a hefty ransom.
Another biographical flick followed in 2018. The movie, titled ‘The Mercy,’ focuses on the ill-fated attempt by the amateur sailor Donald Crowhurst to finish the 1968 Sunday Times Golden Globe Race and his futile attempts to cover up his failure.
In 2018, the actor also featured in three episodes each of the drama series ‘Genius’ and ‘The ABC Murders’.
Major Works
In 2013, Andrew Buchan was cast as Mark Latimer in the television series ‘Broadchurch’. Premiered on ITV, the crime drama series is set in a fictional town in Dorset, and centers on police detectives DS Ellie Miller and DI Alec Hardy. Buchan was praised for his performance. The show garnered appreciation for its character development, screenplay, and cinematography.
Family & Personal Life
Andrew Buchan started dating actress Amy Nuttall in 2007. The couple married on 8th September 2012. They have a child who was born in 2015.

See the events in life of Andrew Buchan in Chronological Order 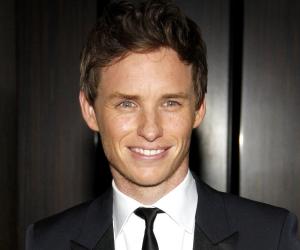