Advanced Search
Andrea Tantaros is an American conservative political analyst, commentator, and former 'Fox News' host. She had worked at several politicians’ offices and had been part of a number of high-profile political campaigns, before she began her journey with the 'Fox News' network. Andrea has also served as a ‘Republican’ media consultant and press secretary for political leaders. She is the vice president of 'Sloane and Company.' Andrea’s stint with 'Fox News' ended after she filed a legal complaint against some of the network’s executives and political celebrities. She claimed she had been subjected to sexual harassment, mental harassment through social media, inappropriate surveillance, and breach of privacy. The case was, however, dismissed in May 2018. Currently, Andrea writes for 'Fox' network's website. Hilaire Belloc
DID WE MISS SOMEONE?
CLICK HERE AND TELL US
WE'LL MAKE SURE
THEY'RE HERE A.S.A.P
Quick Facts

American People
University Of Paris
Women Writers
American Writers
Capricorn Writers
Childhood & Early Life
Andrea was born Andreana Kostantina Tantaros, on December 30, 1978, to a Greek immigrant named Konstantinos A. Harry Tantaros and his Italian wife, Barbara A. (Masi) Tantaros. She grew up in Allentown, Pennsylvania, with her brothers, Dean A. Tantaros and Daniel K. Tantaros, and her sister, Thea M. Menzies.
Andrea attended 'Parkland High School' and then graduated from 'Lehigh University,' majoring in French and journalism. She is fluent in Greek and Spanish, too.
Andrea interned with the long-running 'CNN' current events debate program 'Crossfire,' where she primarily covered the 'Republican National Convention' in Philadelphia. Andrea completed her master's degree from the 'University of Paris,' France, after which she moved to Washington, DC.
Continue Reading Below
Career
Andrea worked as a press secretary for the ‘House Republican’ leadership and as a deputy press secretary for Congressman Patrick Toomey (also known as Pat Toomey). She then worked as Massachusetts Governor Bill Weld’s office spokeswoman during his New York governor election campaign.
She has also worked for former ‘National Republican Congressional Committee’ chairman Thomas Reynolds. Andrea moved to New York City in 2005. There, she founded 'Andrea Tantaros Media,' which provided media strategy solutions to both 'Fortune 500' companies and political parties.
Andrea is the vice president of 'Sloane and Company,' an industry-leading strategic communications firm. She joined 'Fox News' as a political contributor in April 2010. The following year, Andrea began co-hosting the political talk-show 'The Five' and continued hosting it for over 400 episodes.
In 2014, Andrea started hosting the show 'Outnumbered,' which was her last project with the channel. Andrea wrote an article for 'The Week,' in which she advised Donald Trump on how to connect with female voters.
In 2016, Andrea launched her first book, 'Tied Up in Knots: How Getting What We Wanted Made Women Miserable,' published by 'Broadside Books.'
Sexual Harassment Case
In 2016, Andrea filed a lawsuit against former ‘Fox’ CEO Roger Ailes, former senator Scott Brown, actor Dean Cain, and 'Fox' network star Bill O'Reilly, for sexually harassing her. She claimed that all the men had made inappropriate comments and that Brown and Cain had touched her inappropriately without her consent.
Due to the lawsuit, Andrea was first moved from her show 'The Five' to 'Outnumbered' and was then finally removed from the channel in April 2016. 'Fox News' cited “contract issues” as the reason for removing her.
Then, in August 2016, she sued 'Fox' in a New York state court. Her complaint was sustained. The channel’s operations were labeled as “sex-fueled,” with a “Playboy Mansion-like cult.’’ The lawsuit also mentioned that Andrea had filed a complaint regarding Roger’s inappropriate act previously, to other 'Fox News' executives, but no action was taken.
In an interview on 'Good Morning America,' Andrea explained her reasons for turning down a seven-figure settlement from the network to withdraw the case. She said that the deal came with the condition of her ''eternal silence,'' to which she did not agree.
Continue Reading Below
The channel, however, claimed that it had never offered any money to her but had an agreement under her contract’s pay-or-play provision. 'Fox' further claimed that Andrea was not a “victim” but was rather an “opportunist.”
Andrea claimed it was the channel’s conspiracy to demote her from a show she had launched and also cause problems for her book promotions that she was about to begin. 'Fox News' responded by saying that she had been removed as she had breached her employment agreement.
In April 2017, Andrea filed another lawsuit in federal court, claiming that she had been tortured mentally via social-media stalking. Back then, she was represented by attorney Judd Burstein and later by attorneys at 'Morgan Lewis.' Unfortunately, they were threatened by 'Fox News' for taking up her case.
One of the ‘Morgan Lewis’ lawyers, Christopher Parlo, however, offered to assist Andrea in the case and asked her to apply for an amended complaint. Andrea decided to represent herself in the case, despite having no formal legal training, after three lawyers refused to take up her case.
On January 29, 2018, the edited version of Andrea’s complaint was filed. It contained statements to support her claims. It mentioned that female 'Fox' employees were constantly under surveillance and that hampered their privacy. Emphasis was given to the notorious surveillance operation named 'The Black Room,' which was established by Roger.
Andrea also claimed that technology entrepreneur Pete Snyder and a paid 'Fox News' contributor had tried getting access to her personal laptop in an attempt to destroy any evidence regarding her allegations made in 2015. Andrea also revealed that some of her pictures had been used to shame her on air.
On May 18, 2018, Judge George B. Daniels dismissed Andrea’s complaint, citing lack of "factual support."
Prior to this scandal, Andrea had had a legal feud with her book editor, Michael Krechmer, who claimed to be the ghostwriter of the book and also stated that he had not received the full payment for his work. Andrea responded by claiming that Michael was paid by 'Fox' to taint her reputation and to reveal confidential information about her and the book. The lawsuit was later dismissed.
Family & Personal Life
Andrea’s father was a restaurateur and an entrepreneur (Lehigh Valley-based businesses). He died on December 5, 2009, at the 'Lehigh Valley Hospital-Cedar Crest.' He had also served as a merchant marine and owned an oil transportation business.
One of her family’s most popular restaurants is the 'Pied Piper' in Trexlertown, where she had worked previously.
Her younger brother, Daniel Tantaros, was autistic and had seizure problems. He was 31 when he died in 2013. Andrea and Daniel were pretty close to each other, as she was his sole defender against bullies. Andrea’s second brother, Dean A. Tantaros, is a 'Continental Airlines' pilot.
Andrea has been dating 'Jane’s Addiction' guitarist Dave Navarro since April 2015.

See the events in life of Andrea Tantaros in Chronological Order 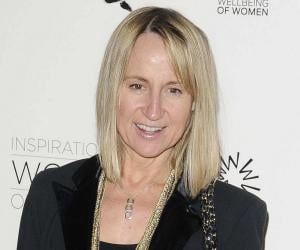 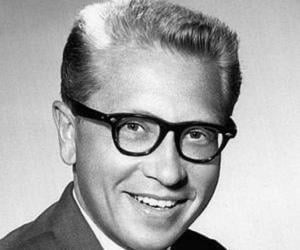