(Singer, Songwriter and Musician Who is Popularly Known as 'The Queen of Christian Pop')

Amy Grant became one of the first faces to give life and meaning to contemporary Christian music in the 20th century. She is also one of the first Christian artists to have successfully made a shift into the pop music market. Over the years, her music has delivered a weightier, spiritual platter for listeners to draw from but like every other artist, she too has had her share of triumphs and challenges. Her songs are in fact life lessons that reverberate meaning, truth and tender wisdom. Most of her life incidents are instrumental in inspiring the sort of music that she had produced during her prime years. At a very young age, she signed her first recording contract and became an instant success in the realm of Christian music. During her peak time, she managed to make a transition into the pop music genre and although some of her fans were taken aback by this sudden change, many of her Christian fans remained loyal and even backed her pop music success. Apart from her musical career, she hosted the reality TV show, ‘Three Wishes’ and has also authored a number of books, one of the most popular ones being, her memoir, ‘Mosaic: Pieces of My Life So Far’. To acquaint yourself with this famous personality, read further. Conor Maynard
DID WE MISS SOMEONE?
CLICK HERE AND TELL US
WE'LL MAKE SURE
THEY'RE HERE A.S.A.P
Quick Facts 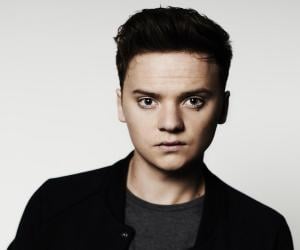 American People
Furman University
Women Singers
American Singers
Sagittarius Singers
Childhood & Early Life
Amy Lee Grant was born in Augusta, Georgia and is the youngest of the four sisters born to her parents.
She grew up in a closely-knit family in Nashville, Tennessee and it was her early church-going days that triggered her love for Christian stories, hymns and songs, that would later go on to influence her work.
She attended Harpeth Hall School, where she would regularly perform on stage. When she was a teenager, she taught herself to play the guitar and also worked part-time at a recording studio.
She signed her first recording contract with a Christian music label and eventually, went on to record her self-titled debut album, which was released in 1978. The same year, she gave her debut performance in a jam-packed concert, while she started her first year at Furman University.
In 1979, she met her future husband, Gary Chapman, during her second album-release party for ‘My Father’s Eyes’. The next year, she moved to Vanderbilt University, where she became a member of the Kappa Alpha Theta guild. 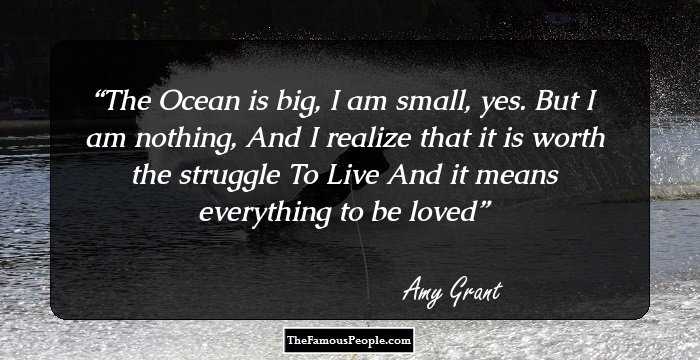 Quotes: I
Continue Reading Below
Career
She dropped out of college to focus on building a career in music. In 1982, when she released her coming-of-age, breakthrough album, ‘Age to Age’, she rose to fame instantly
She rode high on the success of her album, ‘Age to Age’ and then began to release a string of Christmas albums that would later be used for her holiday concerts. In 1984, she released the Christian album, ‘Straight Ahead’, which had pop nuances.
1985 was a year of perseverance and sheer grit. She wanted to broaden her fan base and was more determined than ever to become the first Christian Pop singer-songwriter and thus, released her album, ‘Unguarded’, which came as a surprise (both, pleasant and rude) to a number of her Christian fans.
In 1988, she released another album, ‘Lead Me On’, which contained a huge list of melodies based on love and Christianity. This album went on to become one of the greatest Contemporary-Christian records of all time.
In 1991, she began to expand into the pop music genre and released the album, ‘Heart in Motion’. Many fans were taken aback by her sudden wish to switch genres and some even frowned upon her choice of music. However, Grant added that she meant to deviate because she wanted to expand her fan base. The album became a hit and she was established as a popular face even in the mainstream world.
From 1992 to 1994, she released two Christian albums with shades of pop music such as ‘Home for Christmas’ and ‘House of Love’.
Her 15th album, ‘Behind the Eyes’ was released in 1997 and delved on darker foci related to heartbreaks, marriage, divorce and themes of optimism. Although she believed that the album would make waves in the market, it failed to hit it big with the audience, who were already beginning to lose interest in her newly found interest for mainstream music.
Nevertheless, she came back with a bang with the album, ‘A Christmas to Remember’ in 1999. The album became a huge hit and her popularity slowly began to ascend again.
In the new millennium, she returned to her gospel music origins with the release of ‘Legacy…Hymns and Faith’, in 2002. The subsequent year, she released a pop album, ‘Simple Things’, which was not as popular.
Continue Reading Below
In 2005, she released a sequel to her hymns collection titled, ‘Rock of Ages… Hymns and Faith’. The same year, she joined as a host on the NBC reality show, ‘Three Wishes’, which was cancelled after a brief run, due to sky-high production costs.
In 2007, she authored her memoirs titled, ‘Mosaic: Pieces of My Life So Far’. The same year marked her 30th year in the world of music and re-released most of her albums after they were re-mastered by the record group, EMI CMG.
In 2010, she released, ‘Somewhere down the Road’, which was considered a Billboard Hit and contained the single, ‘Better than a Hallelujah’.
Two years later, she participated in a campaign to support a media project called, ‘Half the Sky: Turning Oppression into Opportunity for Women Worldwide’.
Her latest album, ‘How Mercy Looks From Here’ was released on May 14, 2013. 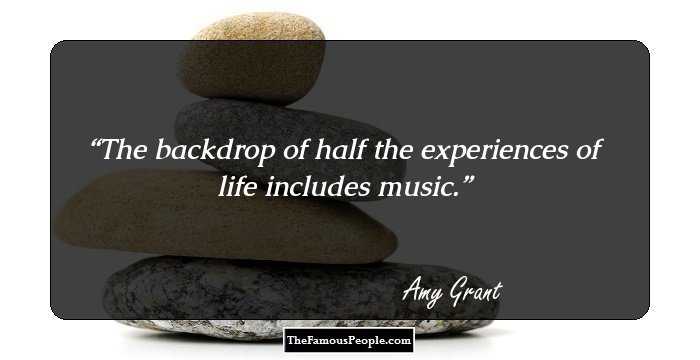 Quotes: Life, Music
Major Works
‘Amy Grant’, her debut album as a teenager, released in 1977, sold initially only in Christian stores. However, the album became her first magnum opus and it sold 50,000 copies in the first year. Three of the singles from the Christian album made it onto the Christian radio including, ‘What a Difference You’ve Made’, ‘Old Man’s Rubble’ and ‘Beautiful Music’.
In 1988, she released ‘Lead Me On’, which showed her pluck as a contemporary-Christian singer-songwriter. It was ranked as the ‘#1 Christian Album of all time’ by CCM Magazine and has also been featured in ‘WOW #1s: 31 of the Greatest Christian Music Hits Ever’ list. Three of the singles from the album peaked at the Billboard Hot 100 for two weeks.
Awards & Achievements
In 1982, she won a Grammy Award for ‘Best Gospel Performance, Contemporary or Inspirational’ for the album, ‘Age to Age’.
Continue Reading Below
In 1983, she won the GMA Dove Awards for ‘Artist of the Year’.
In 1994, she was honored with the Nashville Symphony Harmony Award.
In 1996, she was presented the ‘Academy of Achievement’ Golden Plate Award.
She was inducted into the Hollywood Walk of Fame, in 2005.
In 2007, she was inducted in to the Christian Music Hall of Fame.
In 2012, she was presented a Honorary Doctorate Degree of Music and Performance by Grand Canyon University. 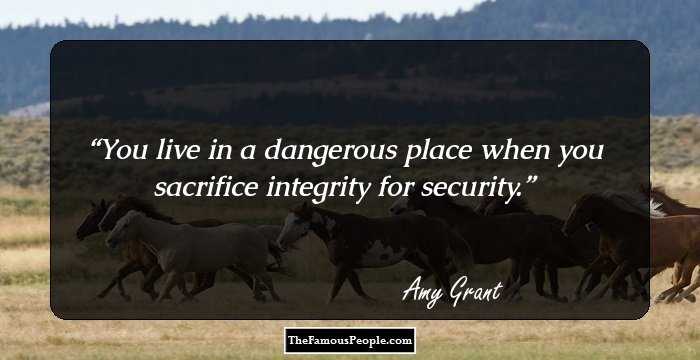 Quotes: You
Personal Life & Legacy
She married Gary Chapman on June 19, 1982. The couple had three children together. However, they divorced after 16 years of marriage.
She married Vince Gill on March 10, 2000 and the following year, she gave birth to their daughter, Corinna.
Trivia
While performing on stage, this famous Christian-contemporary singer-songwriter, would always remove her shoes on stage, performing barefoot, because she claimed that it made her feel comfort. This would later go on to become her trademark ‘concert’ gimmick.

See the events in life of Amy Grant in Chronological Order 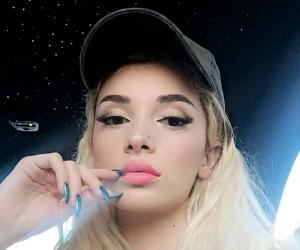 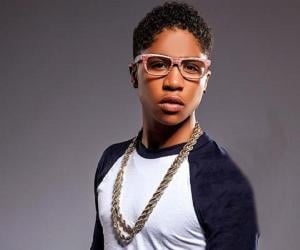 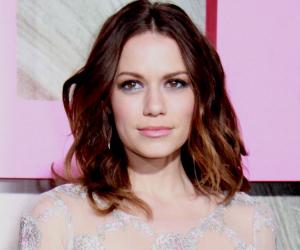 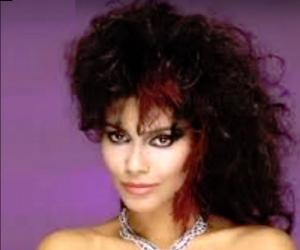