Born In: Comilla, in present-day Bangladesh (then East Bengal)

Ustad Ali Akbar Khan was one of the most renowned sarod maestros. He was born into the family of musicians and was trained under the supervision and guidance of his father who himself was a renowned percussionist of his era. He started learning to play instruments since the age of three and by the age of 13 his father thought him capable and ready enough to play in front of public. After serving as a court musician for one of the Maharaja’s of Rajasthan, Khan became a full time music composer for All India Radio, Lucknow. He later tried his hand in the Indian film industry as he started creating music for big directors like Satyajit Ray. Khan wanted to dedicate his life in spreading the essence of Indian traditional music all over the world which is why he founded Ali Akbar College of Music in Calcutta as well as in the United States and Switzerland. He is known for his epic jugalbandis (musical pairings) with prestigious performers like, Ravi Shankar, Nikhil Banerjee and violinist L. Subramaniam. Born In: Comilla, in present-day Bangladesh (then East Bengal) 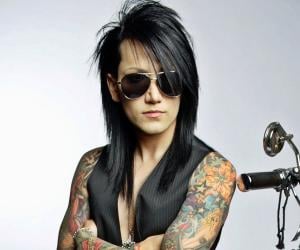 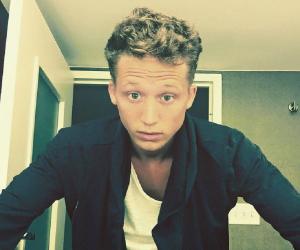 NF (Nathan John...
Sarod Players #2
Musicians #6342
Continue Reading Below
14th April In History
DID WE MISS SOMEONE?
CLICK HERE AND TELL US
WE'LL MAKE SURE
THEY'RE HERE A.S.A.P
Quick Facts

Indian Celebrities
Aries Musicians
Male Musicians
Indian Musicians
Aries Men
Childhood & Early Life
Ali Akbar Khan was born in Comilla, present-day Bangladesh (then East Bengal), to Allaudin Khan and Madina Begum. His father was a well known musician and teacher and started training his son when he was just three years old.
Khan began to learn percussion from his uncle Fakir Aftabuddin. His uncle made sure that he fully understood vocal and various musical instruments so that he could get in depth knowledge of music. Along with his uncle, his father also kept teaching him until he passed away in 1972.
During the time when Khan was being taught, he came across several prominent musicians, like the sarod player Timir Baran and flutist Pannalal Ghosh. These musicians came to study with his father. After a while he was joined in his lessons by his sister, Annapurna Devi.
Continue Reading Below
You May Like

Who Is The Most Popular BTS Member?
Career
After learning music for several years and getting trained by the best in the business, Khan gave his very first public performance at a music conference in Allahbad in 1936. He was merely 13 years old at that time.
After this, Khan gave his first performance on air on All India Radio (AIR) in Bombay, Maharashtra in 1938. He was accompanied on the table by Alla Rakha and within a few years giving monthly performances on AIR became an usual thing for him. He was also getting regular on AIR, Lucknow.
In 1939, Khan supported to Ravi Shankar by playing sarod along with him at Ravi’s debut performance at the same conference where he first gave his debut performance - the music conference in Allahbad, Uttar Pradesh.
His father coaxed him into getting appointed as a court musician for the Maharaja of Jodhpur, Hanwant Singh in 1943. There he mainly taught music to other musicians and gave solo performances. It was Hanwant Singh who gave him the title of ‘Ustad’.
Ravi Shankar and Khan both left Maihar to initiate their professional careers as musicians in 1944—Shankar settled in Bombay and Khan became the youngest Music Director for AIR, Lucknow. He used to give solo performances and composed for the radio ensemble.
From 1945, he started recording his series of 78 rpm disks at the HMV Studios in Bombay. For one of these records he created a new composition - Raga Chandranandan. This record was an epic hit in India, and also found a worldwide audience.
Khan founded the Ali Akbar College of Music in Calcutta in 1956. His sole motive with that was to teach and spread Indian classical music and not let it die in the course of evolving times and new age music coming into picture.
He also founded another school of the same name in Berkeley, California in 1967 and later shifted it to San Rafael, California. It was around this time that he performed in Boston with Shankar Ghosh for the Peabody Mason Concert series. In a few decades to come, he founded another Ali Akbar College of Music in Basel, Switzerland.
With his growing popularity, Khan fetched for himself the role of a music composer for many film scores like: Chetan Anand's Aandhiyan (1952), Satyajit Ray's Devi (1960), Merchant-Ivory's The Householder, and Tapan Sinha's Khudito Pashan ("Hungry stones", 1960) etc.
In 1971, Khan performed at Madison Square Garden for the Concert for Bangladesh, along with Ravi Shankar, Alla Rakha and Kamala Chakravarty - other musicians at the concert included George Harrison, Bob Dylan, Eric Clapton and Ringo Starr.
Major Works
Khan had dedicated a good part of his life in promoting and preserving Indian traditional music and founded Ali Akbar College of Music not only in Calcutta but took it to the west as well. It was his efforts to get Indian traditional music the kind of recognition it deserves from the whole world.
Awards & Achievements
For his brilliant work in the field of Indian classical music, Khan received many accolades like: Padma Vibhushan, MacArthur Fellowship, National Heritage Fellowship, etc. He also received two Grammy nominations.
Personal Life & Legacy
Khan got married three times in his life and had seven sons and four daughters in total with all of his partners.
He was settled in the Unites States for almost four decades before his death. He died of renal failure in 2009 in San Anselmo, in California.
Trivia
Lata Mangeshkar sang the title song, "Har Kahin Pe Shaadmani" that Khan composed and as a token of respect to him, she did not charge any fee.
He appeared in musical pairings (jugalbandis) with many well-known performers like, Ravi Shankar, Nikhil Banerjee and violinist L. Subramaniam.
You May Like