(King of the West Saxons)

Advanced Search
Alfred the Great was the king of the southern Anglo-Saxon kingdom of Wessex from 886 to 899. He was born as the fifth son of Aethelwulf, King of the West Saxons. Since he had four elder brothers, the chances of him becoming the king were improbable. His father wanted his sons to succeed the kingship in turn as he felt that choosing just one son to inherit the throne might weaken the leadership. Intelligent and bright, Alfred displayed an interest in scholarly pursuits from a young age and also received training in military and arts which was considered normal for a young man hailing from the royal family. After the death of his father, his brothers Aethelbald, Aethelberht, and Aethelred ruled in succession. During that era, the kingdom was under threat from Danish raids. When the Danes attacked during the reign of his brother Aethelred in 870, he aided his brother in commanding the forces. Aethelred died the next year and Alfred succeeded him. After becoming the king, he successfully defended his kingdom against the Viking and greatly improved the country’s military structure and legal system. He was known to be a wise and gracious king with a never-ending interest in learning and education. Richard III of ...
DID WE MISS SOMEONE?
CLICK HERE AND TELL US
WE'LL MAKE SURE
THEY'RE HERE A.S.A.P
Quick Facts

British People
British Men
British Emperors & Kings
British Historical Personalities
Childhood & Early Life
Alfred was born in the year 849 in The Royal Palace, Wantage, Oxfordshire, as the youngest son of King Aethelwulf of Wessex and his first wife Osburh.
As a young boy, he accompanied his father on a pilgrimage to Rome where he spent some time at the court of Charles the Bald, King of the Franks around 854–855.
He was interested in scholarly pursuits and literature from an early age. He is said to have memorized a volume of poetry in Saxon as a child. His love for learning would remain with him throughout his life.
At that time, the country was under threat from Danish raids. Thus, King Aethelwulf decided that his sons would succeed the kingship in turn.
The king died in 858 and as per his wishes, Wessex was ruled by his three elder sons—Aethelbald, Aethelberht, and Aethelred—in succession. 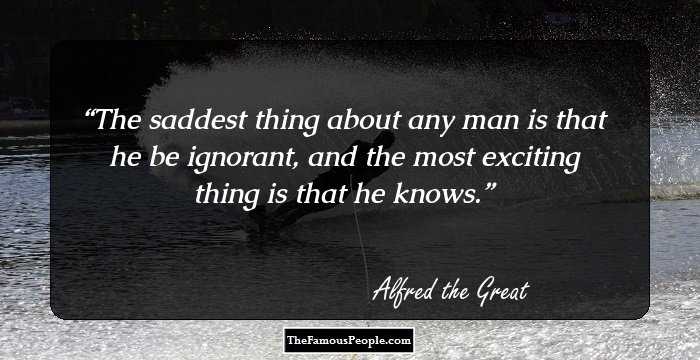 Continue Reading Below
Ascension & Reign
Alfred started receiving prominence during the reign of his third brother Aethelred of Wessex, who ascended the throne in 865. During this time, Alfred was given the title ‘secundarius,’ a recognized successor closely associated with the reigning monarch.
Alfred started playing a very active role in the military campaigns in 870 when the Danes invaded his homeland. A total of nine battles were fought in the year with varying outcomes and Alfred played key roles in each of them.
In 871, he gained much respect for displaying valor in the ‘Battle of Ashdown’ when he was just 21 years old. He led his brother’s army against the Danes and defeated them. The valor and courage that he displayed earned him admiration from the citizens.
King Aethelred died in 871 and Alfred succeeded him. The Danes attacked once again, even as the new king was busy with his brother’s burial ceremonies. The Danes easily defeated the Saxon army in his absence.
King Alfred won a decisive victory at the ‘Battle of Edington’ where his army faced the ‘Great Heathen Army’ led by Guthrum in 878. He forced Guthrum into submission and had him baptized. Following his victory over Guthrum, Alfred brought about many reforms in his military which made it increasingly difficult for the Vikings to raid successfully.
The 880s was a time of relative peace with no major conflicts. During this time, he focused on the restoration of London and strengthened the defenses of his kingdom to protect it from further attacks by the Danes. He also built a series of well-defended settlements across southern England.
The Danes were still not ready to give up. In the autumn of 892 or 893, they attacked again. However, the efforts of the Danes were thwarted by the defensive measures Alfred had already implemented in his kingdom. The Danes continued fighting for a few years before giving up in 896 or 897. 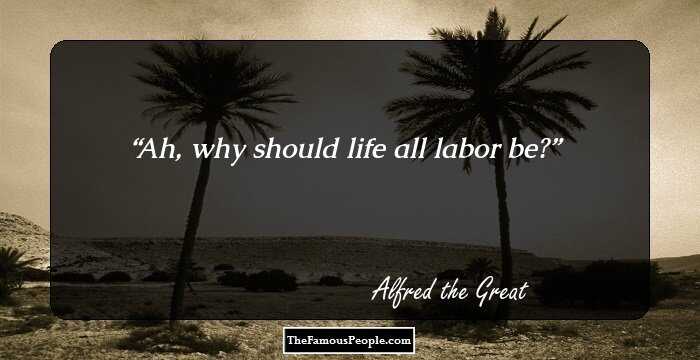 Major Battles
Alfred is best remembered for his role in the ‘Battle of Ashdown’ which took place in Berkshire in 871. He was just 21 years old when he led the army of his brother, King Aethelred of Wessex, in the battle against the invading Danes and emerged victorious.
Personal Life & Legacy
He married Ealhswith in 868. Ealhswith was the daughter of a Mercian nobleman named Aethelred Mucel and his wife Eadburh, a member of the Mercian royal family. The couple went on to have several children, of whom five survived to adulthood. One of his sons was Edward the Elder who succeeded his father.
Alfred the Great suffered from painful illnesses throughout his life. It is believed that he either had Crohn's disease or haemorrhoidal disease. He died on 26 October 899.
He had a life-long love for learning and was a promoter of education. Because of this, a number of educational establishments are named in Alfred's honor. These educational establishments include ‘Alfred University’ and ‘Alfred State College’ in New York, and ‘King Alfred's Academy,’ a secondary school in Wantage, Oxfordshire. 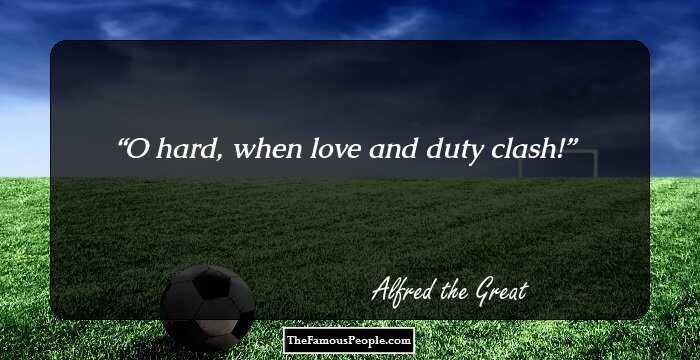 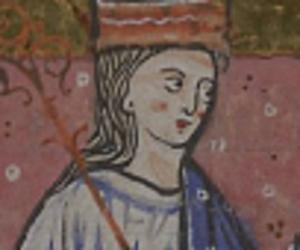