Alexander Turney Stewart was a highly successful 19th century Irish-American entrepreneur, a leading retail dry-goods businessman in the USA. Born in Ireland, he moved to the USA as a young man. Considered to be a business genius, he started his business with department stores. He later established his own manufacturing facilities and also started a mail order business. He owned hotels in New York City and constructed the planned community of Garden City, Long Island. He was engaged with various types of charitable works also. For instance, he sent food to Ireland during the mid-century famine in that country. His innovative outlook towards merchandise business had a positive effect on American retail business. He introduced the idea of vertical integration in business by becoming his own wholesaler and manufacturer and maintained his own European manufacturing units. He built a large marble-fronted store on Broadway between Chambers Street and Reade Street in New York City; it was the largest retail store in the world at that time. Stewart’s residential building in America was one of the finest private homes. He also had the largest collection of valuable art. Stewart’s business grew exponentially and he died as one of the richest men in the USA. Before his death, he owned two large stores whose combined sales was worth $203 million. Philip Green
Retailers #39
Business People #2114
DID WE MISS SOMEONE?
CLICK HERE AND TELL US
WE'LL MAKE SURE
THEY'RE HERE A.S.A.P
Quick Facts

American People
Irish People
Scottish People
Irish Men
Scottish Men
Libra Entrepreneurs
Irish Business People
Childhood & Early Life
Alexander Turney Stewart was born on October 12, 1803 to Scottish Protestant parents in Lisburn, Ireland. His father died when Alexander was a little baby and his mother remarried two years after the death of his father. She left Alexander in the care of his grandfather and went to America with her new husband.
He went to a village school before being admitted to Mr. Neely’s English Academy in 1814. He went on to complete his formal education from Belfast Academical Institution following which he left for New York.
Continue Reading Below
You May Like

The Sexiest Men Of 2020, Ranked
Career
In New York, Alexander Turney Stewart started working at Isaac N. Bagg’s Academy, Roosevelt Street as a tutor. Between 1818 and 1822, Stewart visited Ireland to claim his grandfather’s inheritance.
After claiming his grandfather’s inheritance, he returned to New York where he opened his first store at 283 Broadway on September 1, 1823.
He did not advertise about his shop until 1831. Instead, he used to place cases full of merchandise in front of the store to draw the attention of prospective customers. He stressed on establishing friendships with customers to encourage their return to his shop.
By 1848, his business venture, AT Stewart & Company built the Marble Palace at 280 Broadway. This building, now considered "the cradle of the department store” made his business one of America's most successful retailers. It was the first commercial building in America that used to exhibit an extravagant exterior.
Stewart’s business thrived during the American Civil War. He won huge government contracts to supply the Union Army and Navy with uniforms which considerably boosted his reputation as a businessman.
In 1862, he constructed his "true" department store, commonly known as the “Iron Palace”, which employed around 2,000 people. Initially it had 19 departments selling silks, carpets, dress goods and toys, among other merchandise. By 1877, it had expanded to 30 separate departments, carrying an even wider array of products.
From 1862 to 1871 he served in many of the New York State Chamber of Commerce Committees. Owing to Stewart’s growing influence, President Ulysses S. Grant offered him the position of the Secretary of the Treasury in 1869, but law debarred Stewart from taking office owing to his business connection.
A very successful businessman by this time, his estimated annual income was $1,000,000 in 1869.
From 1869 to 1870, he built the famous Fifth Avenue palaces on the northwest corner of 34th Street, New York. After incorporating the Central Railroad of Long Island in 1871, he completed it in 1873. This railroad became a part of Long Island Rail Road system in 1876.
Stewart’s growing stature as one of the country’s most prosperous businessmen soon got him recognition as one of the richest men in the USA. By 1876 he had also started a mail order business.
He recognized the potential mail order business held and employed 20 clerks to help him in expanding this business. In 1876 alone, he profited over $500,000 from the mailing business. His business model became known for its efficiency and convenience and soon other companies began following his strategies.
Stewart made considerable investments in New York real estate, which helped him grow his fortune. Before his death he was also able to create his own manufacturing facilities and produce his own woolen fabrics.
Major Works
Alexander Turney Stewart had the famed 280 Broadway–also known as the A.T. Stewart Dry Goods Store and Marble Palace—built for opening New York's first department store. It was the first commercial building in the Italianate style in New York City. The building was declared a National Historic Landmark in 1965, and was designated a New York City landmark in 1986.
Philanthropic Works
He sent a shipload of provisions to Belfast, Ireland, when the city was reeling under a famine in 1847. He also arranged for several immigrants from Ireland to move to the USA and helped them find jobs.
Personal Life & Legacy
In 1823, Stewart married Cornelia, the daughter of Susannah Banker and James Clinch, a wealthy ship chandler.
He died on April 10, 1876. At the time of his death, he was one of the richest men in New York, with a net worth estimated at $50 million.
After three weeks of his burial at St. Mark’s Church in Bowery, his body went missing. It was regained after clearing the payment for ransom.
You May Like 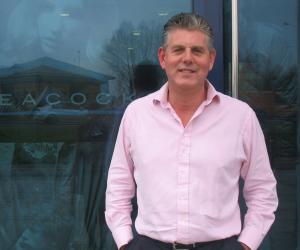