Alexander Gilkes is a British businessman, best known for his relationship with the international tennis star, Maria Sharapova. He is also known as the co-founder and president of an online auction house called ‘Paddle8.’ Born and brought up in London, Alexander graduated from ‘Eton College’ and then from ‘The University of Bristol.’ Alexander became interested in art in 1997 when he visited an art exhibition. Following his graduation, Alexander moved to France and worked as an auctioneer for ‘Louis Vuitton.’ In 2008, he became a shareholder of one of the most popular art auction companies, ‘Phillips de Pury & Company.’ He also worked at the multinational luxury goods conglomerate ‘LVMH’ before laying the foundation of his own company ‘Paddle8,’ which he founded in 2011 along with two partners. As an art auctioneer, Alexander has received several honors from various publications. In 2017, he was named by ‘Fast Company’ magazine as one of the ‘Most Creative Entrepreneurs.’ He has also been featured in ‘GQ’ and ‘Vanity Fair’ magazines’ best-dressed lists. Additionally, he also serves on the board of the ‘New York Academy of Arts.’ In January 2018, he started dating tennis star, Maria Sharapova 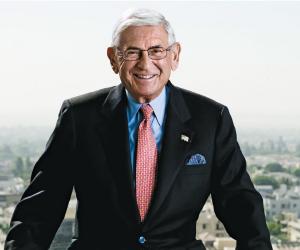 Richard Mille
Business People #794
Continue Reading Below
16th July In History
DID WE MISS SOMEONE?
CLICK HERE AND TELL US
WE'LL MAKE SURE
THEY'RE HERE A.S.A.P
Quick Facts

British People
Tall Male Celebrities
Cancer Entrepreneurs
British Entrepreneurs
Cancer Men
Childhood & Early Life
Alexander Gilkes was born in London on July 16, 1979. His parents are Robyn and Jeremy Gilkes. His father Jeremy is a well-known dermatologist in the United Kingdom. His mother worked in the Department of Russian and Eastern Europe at the ‘University of Oxford.’
His wealthy and well-educated parents allowed Alexander and his younger brother Charlie to do whatever they wanted to do with their lives. As a kid, Alexander was never interested in art. He was just like any other kid who loved playing sports. He was a brilliant student as he excelled in academics at school.
His parents played a major role in his overall development. They raised him in an interesting environment and also helped him in improving his communication skills. Alexander was enrolled at ‘Eton College,’ where he became friends with the members of the British royal family – Prince Harry and Prince William. He then got himself enrolled at ‘The University of Bristol’ where he studied Spanish and Russian. Over the years, several journalists have asked him questions about Prince Harry and Prince William, but Alexander has never disclosed anything about them.
Following his graduation, he started working at ‘Quintessentially Group.’ After working there for a certain period, he moved to France and studied French. He also started working for ‘Louis Vuitton’ as the main auctioneer.
Alexander was not at all interested in art, but that changed in 1997 when he attended an exhibition called ‘Sensation.’ The exhibition was organized by Charles Saatchi at the ‘Royal Academy of Arts’ in London. Alexander then started visiting the academy frequently and became interested in arts, so much so that he decided to establish a career in the field.
Continue Reading Below
You May Like

The Hottest Male Celebrities With The Best Abs
Career
After working for ‘Louis Vuitton’ for a few years, Alexander moved to London and started working at a British auction house named ‘Phillips.’ It is one of the most famous auction houses in Britain and has its offices in London and New York. Alexander worked there as an auctioneer. He also worked at ‘LMVH’ as an executive.
Working for some of the biggest auction houses, Alexander served as an auctioneer for some high profile auctions, such as Madonna’s ‘Raising Malawi’ and ‘AmfAR, the Foundation for AIDS Research.’ After having gained enough experience, Alexander planned on starting his own auction company.
Partnering with Aditya Julka and Osman Khan, Alexander laid the foundation of his company ‘Paddle8’ in 2011. While Alexander had ample experience as an auctioneer, his partners Aditya and Osman worked as an entrepreneur and as a banker respectively.
Initially, the company was formed to be a platform for online exhibitions of artifacts. But Alexander eventually realized that auctions would fetch him both money and fame. Ever since the company was formed, it has connected several sellers and buyers of fine arts, collectibles, watches, and jewelry. The company uses its online platforms and an iPhone app to attract the buyers and sellers.
In the year 2014, within three years from beginning its operations, the company became so big that it made $35.8 million worth of sales. The numbers were much better than previous years’ sales.
Apart from business auctions, the company also conducts benefit auctions. So far ‘Paddle8’ has organized more than 500 benefit auctions. It has also joined hands with more than 300 non-profit organizations all over the world.
‘Paddle8’ has worked with non-profit organizations, such as ‘Brooklyn Academy of Music’ and ‘Los Angeles County Museum of Art’ to present its benefit auctions online. These benefit auctions expanded the company’s audience and supporters.
‘Paddle8’ also started acquiring many other online auction platforms. Within just two years from starting its operations, the company acquired ‘Blacklots’ and purchased a stake in ‘Artnet.’
Princess Eugenie, one of the members of the British royal family, started working at ‘Paddle8’ in the fall of 2013, which further resulted in a lot of publicity. In the same year, the company announced that $6 million investment will be made by artists, such as Damien Hirst, Matthew Mellon, and the owner of ‘White Cube,’ Jay Jopling.
Excelling in acquiring funds, the company raised more than $44 million by the end of 2015. Several leading companies from the world of art, luxury, media, and technology invested in ‘Paddle8.’ The investor list of ‘Paddle8’ also includes film and music companies, such as ‘Sony Music Entertainment’ and ‘Working Title Films.’
In May 2016, ‘Paddle8’ joined hands with a Germany-based online auction company named ‘Auctionata.’ It was also announced that ‘Paddle8’ along with ‘Auctionata’ will expand its business by exploring new territories. In September 2016, it was announced that Thomas Hesse will serve as the new CEO of the joint venture.
In 2017, ‘Auctionata’ declared insolvency which made ‘Paddle8’ an independent company yet again. Apart from working as the president of ‘Paddle8,’ Alexander also takes part in many charitable events from time to time.
Because of his entrepreneurial skills, Alexander has received several honors over the years. In 2017, he was named as one of the ‘Most Creative Entrepreneurs’ by ‘Fast Company’ magazine. In 2014, 2015, and 2016, he was included in the list of ‘100 Most Powerful People in the Art World’ by ‘Art + Auction’ magazine. ‘Details’ magazine called him a ‘Digital Maverick’ and ‘Apollo’ magazine included him in the list of ‘40 Most Important People Under 40.’ He was also selected as one of the board members of ‘New York Academy of Arts.’
Family & Personal Life
Apart from being a well-known businessman in the art world, Alexander Gilkes has also made a name as one of the most stylish businessmen in the world. Fashion magazines, such as ‘Vanity Fair’ and ‘GQ’ have featured him in their best-dressed lists.
Alexander started dating international tennis star Maria Sharapova in January 2018. The couple has since been spotted spending quality time together on a number of occasions.
Before Maria, Alexander dated Pippa Middleton, who had previously dated Alexander’s younger brother Charlie. Alexander has also dated Misha Nonoo in the past. Misha studied with Alexander in France. They came to New York together in 2008 and started their respective career at the same time.

See the events in life of Alexander Gilkes in Chronological Order 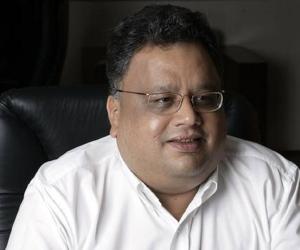