If you are a fan of funny parody videos on YouTube, then there’s no way you would not have heard of Alex Burriss and his YouTube Channel, Wassabi Productions, or hoiitsroi. Burriss along with his friend Roi Fabito teamed up to make hilarious parodies of music videos. Wassabi Productions currently has millions of subscribers making it one of the most successful YouTube channels out there! When Burriss was in high school, he was considered to be the class clown who would make everyone laugh. Every day he would wait around the corner right before the bell rang and dive in the class just to make everybody laugh. He once confessed he receives weird stuff from fans, including inappropriate things! His brothers Andrew Burriss and Aaron Burriss are also popular YouTubers. 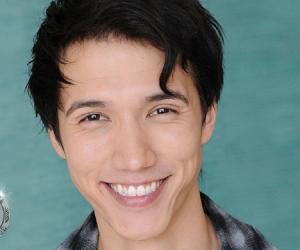 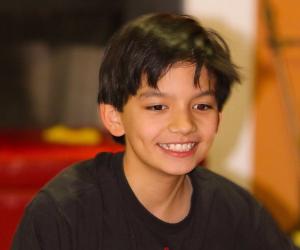 American People
American Men
Montana YouTubers
Aries Youtubers
Male Youtubers
The Meteoric Rise to Stardom
Alex Burriss and Roi Fabito first met in middle school in Durham, North Carolina. They used to live in the same neighborhood. They attended high school together and became best friends. In 2005, Roi wanted to make videos with his friends and asked Alex if he was interested. Alex said yes and that’s how Wassabi Productions began! YouTube was born in 2006 and they uploaded their videos to share with their family and friends. These videos were liked not just by their family and friends, but also the general public, and they became popular in a short time. Burriss and his friend make lip-sync, dance, and funny videos.
Recommended Lists:

American Vloggers
American YouTubers
Male Comedy Youtubers
American Comedy YouTubers
On April 7, 2012, Wassabi introduced two new characters called 'Rolanda' and 'Richard' who both debuted in the ‘Call Me Maybe’ parody, which received millions of views in two years! From there on, their YouTube channel gained over millions of subscribers and billions of views. Alex and Roi traveled to Los Angeles, Florida, and other parts of the world meeting fans, doing shows, and pursuing adventurous activities. They also decided to produce weekly videos and post them on Wassabi Wednesdays. Their objective was to make people laugh and inspire Wassabians. Alex Burriss has not limited himself to just YouTube. He has worked in movies like ‘The Duff,’ ‘Laid In America,’ and ‘This Is How We Never Made Out.’ Fabito is not a part of Wassabi Productions anymore. He left to pursue his individual goals and the YouTube channel is now completely handled by Alex. He also uploads a lot of videos featuring his girlfriend.
Recommended Lists:

The Sexiest Men Of 2020, Ranked
Continue Reading Below
What Makes Alex So Special
Alex Burriss is one of the most popular and funny guys out there, whose videos are genuinely funny and hilarious. His videos and statements actually make you laugh till it hurts in the belly! The fact that he is a handsome guy helps his case a lot considering the fact that majority of his fan following consists of women. Since he is very popular on Vine and Twitter as well, it makes him one of the most successful Internet stars. Another quality that works in his favour and makes people love him is the fact he gets exactly what this generation finds funny and develops and produces his videos accordingly. In other words, he has his finger on this generation’s pulse!
Family & Personal Life
Alex Burriss was born in Montana but raised in Lexington, Kentucky. He is very close to his siblings, two brothers (who are also YouTubers) and a sister. In 2015, he began dating fellow YouTuber Lauren Riihimaki.