Albert Pierrepoint was an English hangman who is known for executing a record number of criminals during his 25-year career. He became interested in the profession as a child following his father and uncle, both of whom were executioners, and assisted his uncle in the early years of his career. While the exact number of his executions could not be determined, he is believed to have hanged 435 to 600 people, including about 200 war criminals in Germany and Austria. He was the most experienced hangman of his time and hanged several high-profile convicts for crimes including serial killings: Gordon Cummins (the Blackout Ripper), John Haigh (the Acid Bath Murderer) and John Christie (the Rillington Place Strangler); high treason: William Joyce and John Amery; and Theodore Schurc for treachery. He also worked in a delivery business early on and ran a pub in later life. Character actor Timothy Spall portrayed him in the 2005 biopic 'Pierrepoint'. 54
30th March In History
DID WE MISS SOMEONE?
CLICK HERE AND TELL US
WE'LL MAKE SURE
THEY'RE HERE A.S.A.P
Quick Facts 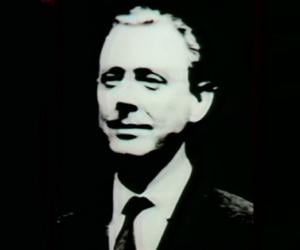 Stephen Ward
Childhood & Early Life
Albert Pierrepoint was born on March 30, 1905 in Clayton in the West Riding of Yorkshire, England, as the third child and eldest son of Mary and Henry Pierrepoint. The family moved from Huddersfield in West Riding of Yorkshire to Failsworth, near Oldham, Greater Lancashire in 1917.
His father took several jobs before becoming a part-time official executioner in 1901, and his uncle, Thomas Pierrepoint, became an official executioner in 1906. However, his father, a heavy drinker, lost the job in July 1910 after arriving at the prison drunk and berating his assistant.
After learning about his father's past as a hangman in 1916, 11-year-old Albert wrote in a school essay that he wanted to become an official executioner like his father and uncle. When his father fell ill, he left school to work at the local Marlborough Mills and later served as a drayman for a wholesale grocer.
He was more resolved to become an executioner after he received his father's notes, diaries, and journals detailing his life story as a hangman following his death in 1922. He learned to drive and became a lorry driver at his workplace by 1930 and was eventually made manager of the business.
Continue Reading Below
You May Like

Who Is The Most Popular BTS Member?
Early Career
Albert Pierrepoint wrote to the Prison Commission applying for assistant executioner on April 19, 1931, and was called for an interview six months later after being turned down initially. He spent three days training at Pentonville Prison, London, before formally joining as an assistant executioner in late September 1932.
He got his first execution duty after his uncle was allowed to choose his own assistant for the execution of Patrick McDermott at the Mountjoy Prison in Dublin. Before the execution was conducted, he performed his duties, which included taking the prisoner to the scaffold and binding his legs together.
Throughout the 1930s, he continued to work in the grocery business, while also serving as assistant to his uncle, who had a great influence on him. In July 1940, he helped newly-promoted lead executioner Stanley Cross with correct measurements for the drop length before an execution, which pushed him forward for the position of head executioner.
As Lead Executioner
Albert Pierrepoint's first assignment as lead executioner came in October 1941, when he hanged gangster and murderer, Antonio 'Babe' Mancini, in London. He executed as many as 15 German spies during the Second World War, apart from several American servicemen who were found guilty of capital crimes in England.
In December 1941, he had "the toughest execution" of his career as German spy Karel Richter had scuffles with the guards and jumped up with bound feet as he pushed the lever at Wandsworth prison. During an air raid on June 25, 1942, he executed Gordon Cummins, who is believed to have murdered and mutilated four women in just six days during the Blackout in the Second World War.
After the World War II ended, he executed many high-profile Nazi criminals in Germany and Austria, including Josef Kramer, the Commandant of Auschwitz and Bergen-Belsen concentration camps, and Irma Grese, an SS guard. In December 1945, he executed Nazi sympathizer John Amery, the eldest son of the cabinet minister Leo Amery, at Wandsworth prison after he was convicted for treason.
In January 1946, he hanged America-born Nazi propagandist William Joyce, a.k.a. Lord Haw-Haw, for high treason and British soldier, Theodore Schurch, for treachery, both being the last to be executed for their respective crimes. He conducted four double executions while training the staff at Karlau Prison in Graz, Austria, in September 1946.
Considered to have executed over 200 Nazis during his career, he once hanged 13 war criminals on a single day on February 27, 1948, and was given the honorary military rank of lieutenant colonel. After the war, he left the delivery business and leased the pub, the 'Help the Poor Struggler', on Manchester Road, and in the 1950s shifted to the bigger pub, 'Rose and Crown', in Lancashire.
Following a hiatus, as the Parliament debated over capital punishment, he returned to hang John Haigh, who dissolved his victims in sulfuric acid, in August 1949. In 1950, he hanged one of his regular customers, James Corbitt, for the brutal murder of his girlfriend.
He also undertook several controversial hangings, including that of underdeveloped Welshman Timothy Evans, who was wrongfully executed for the murder of his daughter in 1950. Three years later, he executed Evans' landlord, John Christie, who was arrested for murdering several women, and was found to have killed Evans' wife, and possibly his daughter as well.
In 1953, he executed 19-year-old Derek Bentley, who was revealed to be "a youth of low intelligence", for allegedly being an accomplice of 16-year-old Christopher Craig who had shot a policeman.
In July 1955, he conducted the controversial execution of escort and nightclub hostess Ruth Ellis for killing her abusive partner, followed by his final execution, that of Norman Green, for killing two boys.
He resigned from execution duties in February 1956 over a disagreement with the local sheriff about his payments after a prisoner was given a reprieve the evening before execution in January. In his autobiography, 'Executioner: Pierrepoint', published in 1974, he debunked several rumors about his resignation, but never mentioned why he resigned.
Personal Life & Legacy
Albert Pierrepoint had a five-year-long courtship with Anne Fletcher and only told her about his job as an executioner weeks after their marriage in August 1943. When he explained that he was flown to Gibraltar to hang two saboteurs, his wife accepted it as she had already guessed it hearing local gossips.
He ran his pub along with his wife until the 1960s, after which they retired to Southport, the seaside town near Liverpool. He spent the last four years of his life in a nursing home in the town and died there at the age of 87 on July 10, 1992.
Trivia
In his autobiography, Albert Pierrepoint mentioned that he did not think capital punishment to be a deterrent as he had "not prevented a single murder". However, he expressed his confusion two years later as crime increased, and his longtime assistant Syd Dernley stated in his own autobiography that Pierrepoint was proud of his role as an executioner.
You May Like

See the events in life of Albert Pierrepoint in Chronological Order