DID WE MISS SOMEONE?
CLICK HERE AND TELL US
WE'LL MAKE SURE
THEY'RE HERE A.S.A.P
Popularity Index
10
Historical Personalities #1288
Quick Facts

Also Known As: Albert of Prussia

Famous as: The First Monarch of the Duchy of Prussia

father: Frederick I, Margrave of Brandenburg-Ansbach 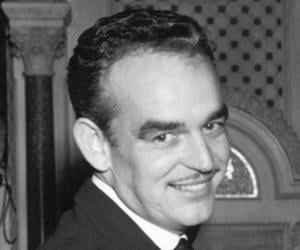 Who was Albert, Duke of Prussia?

Albert of Prussia was the last Grand Master of the Teutonic Knights and the first Duke of Prussia. Since childhood, he was raised for a career in the Church but he showed equal curiosity in subjects like mathematics and science. He grew up to be a liberal and forward-thinking individual. He was appointed the Grand Master of the Teutonic Order in the hope that he could reverse the declining fortune of the Teutonic Knights, by resolving the political dispute between eastern Prussia and Poland amicably with his maternal uncle, the king of Poland. However, the dispute led to a war that devastated Prussia. As an able administrator, he eventually took the advice of Martin Luther and went against the Catholic Church to convert the Teutonic state into a Protestant fiefdom of Polandand hereditary dukedom, the Duchy of Prussia. He also pledged a personal oath to Sigismund I, the king of Poland. Though the early years of his rule were prosperous, the dukedom was marred by violent political and religious theological disputes. Two years prior to his death, peace was restored; a form of Lutheranism made mandatory and regency settled by King Sigismund II Augustus of Poland. Taurus Men
Childhood & Early Life
Albert was born into royalty on May 17, 1490 in Ansbach, Franconia. He was the third son of Frederick I, Margrave of Brandenburg-Ansbach and his mother, Sophia was the daughter of Grand Duke of Lithuania and King of Poland, Casimir IV Jagiellon and his wife, Elisabeth of Austria.
In his early years, he was trained at the court of Hermann IV of Hesse for a career in the Church. Hermann IV appointed him canon of the Cologne Cathedral.
By nature he was spiritually devoted but subjects such as mathematics and science also aroused his curiosity. At times, he even challenged the Church teachings supporting scientific observations. Nevertheless, he received enough support from Catholic ministersfor the advancement of his Church career.
Evolving from his Church life in 1508, he travelled to Italy with Emperor Maximilian I and later stayed in the Kingdom of Hungary for a brief period of time.
Continue Reading Below
You May Like

The Sexiest Men Of 2020, Ranked
Career
Following the death of Grand Master of the Teutonic Order, Duke Frederick of Saxony in December 1510, Albert was selected to succeed him as the next Grand Master. The general expectation was to settle the ongoing quarrel with Poland over eastern Prussia taking advantage of Albert’s kinship with the King of Poland, his maternal uncle, Sigismund I.
The kinship however, couldn’t salvage the situation and a war ensued in December 1519 that lasted for the next two years and caused significant damage to East Prussia. Even the peace agreement that followed was unable to resolve the conflict.
The dispute was referred to eminent monarchs like Emperor Charles V but to no avail. Albert was keen to gather support and renew the war. Hence, he visited the Diet of Nuremberg in 1522, where he met Reformer Andreas Osiander who influenced him about Protestantism.
The following year, he met the religious reformer Martin Luther in Wittenberg, who advised him to transform Prussia from Teutonic Order to hereditary dukedom under the Polish crown. He liked the proposal and treaded vigilantly towards the transformation.
The suggestion was finally acknowledged by King Sigismund I of Poland in 1525. Prussia was to be treated as a Polish territory as confirmed by a treaty concluded at Kraków. On 10 February, 1525 Albert was endowed with the dukedom for himself and his inheritors.
Soon after, the Estates of the realm met to pledge their allegiance. However, much to the disapproval of all, he began to promote the doctrines of Luther on a large scale. When he refused to appear before the imperial court of justice to explain his actions, the Order took offence and banned him. A new Grand Master, Walter von Cronberg was elected in his place.
However, all this while, German princes were facing trouble due to Peasants' War, the wars against the Ottoman Turks, and the Reformation. Thus, for practicality sake, the princes overlooked the ban on the duke and protests against him quickly faded away.
In regal politics, he joined the League of Torgau in 1526 and conspired with other princes to remove Charles V from power after the Augsburg Interim was issued in May 1548.
Prussia flourished in the early years of his reign. He was an advocate of learning and established the Königsberg University (1544) and schools in every town. He also liberated serfs keen to pursue academics.
Continue Reading Below
Within a few years, strong theological disputes between his friend Osiander (whom he had previously appointed the professor of Königsberg University) and Philip Melanchthon, a believer in Königsberg, led to chaos in hisdukedom. Soon, administrative issues emerged and made his reign unpopular.
He was a strong supporter of Osiander's views and following his death in 1552, he began supporting adventurers Johann Funck and Paul Skalić. Together, the duo amplified the religious and political disputes in the kingdom and acquired significant wealth at public expense.His dukedom was thus marred by violent clashes.
Amidst such chaos, the likelihood of his premature death necessitated the appointment of a regent, as his only son, Albert Frederick was still a child. He was compelled to denounce the philosophy of Osiander.
In 1566, the Estates of the realm pleaded against him to the King of Poland, Sigismund II Augustus who commissioned an enquiry. Consequently, his opportunist advisor Funck was assassinated and Skalić fled the town. Finally, all disputes were settled, regency decided, and a form of Lutheranism was declared obligatory on all.
Major Works
A supporter of learning and Luther’s philosophy, he established the Königsberg University in 1544, as a competitor of the Roman Catholic Cracow Academy.
He also commissioned the printing of the Astronomical ‘Prutenic Tables’ compiled by Erasmus Reinhold and the foremost maps of Prussia by Caspar Hennenberger.
Achievements
Albert was responsible for the termination of the Teutonic Stateand the establishment of the Duchy of Prussia.
Eventually, the Duchy of Prussia became the most influential German state uniting the whole of Germany. Hence, he is often attributed as the father of the Prussian nation, circuitously responsible for the amalgamation of Germany.
Personal Life & Legacy
Albert married twice in his lifetime. His first wife was Princess Dorothea, daughter of King Frederick I of Denmark. The couple married in 1526 and had six children. However, only the oldest child, Anna Sophia survived.
After the death of his first wife in 1547, he married Anna Maria, daughter of Eric I, Duke of Brunswick-Lüneburg, in 1550. The couple had two children, a daughter named Elisabeth and a son called Albert Frederick who later became his successor.
He died of the plague on March 20, 1568 at Tapiau. His wife also died the same day. His tomb was designed by Cornelis Floris de Vriendt within the Königsberg Cathedral.
Trivia
Albert enjoyed letter writing and frequently wrote to important people of his time.
You May Like

See the events in life of Albert, Duke Of Prussia in Chronological Order