(One of the Most Influential Psychologists of All Time)

Albert Bandura is mostly referenced to as the greatest living psychologist and the most influential psychologist of all times. A David Starr Jordan Professor Emeritus of Social Science in Psychology at Stanford University, he has been relentlessly contributing to the subject for the past six decades and more. Bandura is best known as the initiator of the social learning theory and the theoretical constructor of self-efficacy. He is famed for the 1961 Bobo doll experiment through which he proved that young individuals are influenced by the acts of adults, thus successfully shifting the focus from behaviourism in psychology to cognitive psychology. He further dealt in detail with social cognitive theory and came out with the relationship of self-efficacy and social cognitive theory. From 1968 to 1970, he served as a member of the APA Board of Scientific Affairs and was later appointed as the 82nd President of the American Psychological Association in 1974. To know in details about his life and his works, read through the following lines. Lillian Moller ...
DID WE MISS SOMEONE?
CLICK HERE AND TELL US
WE'LL MAKE SURE
THEY'RE HERE A.S.A.P
Quick Facts

American Celebrities
Canadian Celebrities
Canadian Men
University Of Iowa
Male Psychologists
Canadian Psychologists
Childhood & Early Life
Albert Bandura was the youngest of the six children and the only son born to a small farming family in Mundare Alberta. He had a Ukrainian and Polish descent.
Coming from a small hamlet, educational opportunities were limited. He attained his formal education from a small school. However, he did not limit his learning to the school curriculum and instead indulged in self-education to broaden his knowledge and understanding.
To pursue further studies, he enrolled at the University of British Columbia to gain his graduate degree. It was at the university that he was introduced to academic psychology accidentally.
Since he arrived to school much before the scheduled start of his course, he decided to enrol in a ‘filler course’ to pass his early morning hours. It was then that he took up a psychology course. No sooner, this ‘pass time’ subject sparked his interest so much so that it formed his career.
Completing his graduation in just about three years in 1949, he gained admission at the graduate school at the University of Iowa, which was the epicentre for theoretical psychology then to attain his MA degree. In 1951, he obtained his MA degree and a year later earned his PhD. 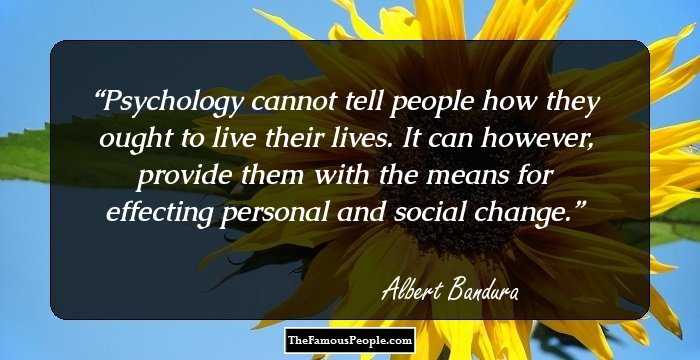 Quotes: Change
Continue Reading Below
Career
It was while at the University that he took a de-tour from the regular behaviourism theory that was prevalent then. Instead, he focussed to come up with a psychological phenomenon that underwent repeated experimental testing.
He put stress on imagery and representation and came about with a relationship between an agent and its environment. Instead of abiding by the psychoanalysis and personology, he aimed to bring about a practical theory about the mental process through observational learning and self-regulation.
Attaining his academic qualification, he took part in the clinical internship at the Wichita Kansas Guidance Center. The following year, i.e. in 1953, he took up a teaching position at the Stanford University.
During the early years, he was influenced by the works of Robert Sears’s social behaviour and identificatory learning. Collaborating with Walters, he engaged in studying social learning and aggression.
According to the social learning theory, he found out that human learning and imitation of behaviour were based on three principles, the stimulus that generates the behavioural response, the response feedback influencing the behavioural response and the cognitive functions in social learning that impacts the behavioural response.
It was after his detailed research that he came up with his first book, ‘Adoloscent Aggression’ in 1959. The book rejected Skinner’s behavioural modifiers in the form of rewards, punishments and positive and negative reinforcements as the main source of treating aggressive children. Instead, it focussed on treating unduly aggressive children by identifying their source of violence.
Further research led to release of his subsequent book, ‘Aggression: A Social Learning Analysis’ in 1973. Continuing further on his experiments and research, in 1977 he came up with hugely influential treatise, ‘Social Learning Theory’ that changed the direction psychology took in the 1980s.
Social Learning Theory was considered novel and innovative in the field of psychology due to its sheer experimental and reproducible nature. It was stark in contrast to the then prevalent theories of Sigmund Freud.
In 1961, he conducted the famous Bobo Doll experiment which changed the course of psychology completely with its shift to cognitive psychology instead of behaviourism.
Continue Reading Below
Through the experiment, he proved that young individuals are influenced by the acts of adults. When adults were praised for their violent behaviour, the children kept hitting the doll to imitate their elders. However, when the adults were rebuffed for their aggressive nature, the children stopped hitting the doll.
Instead of limiting the theory to learning, he aimed at giving a comprehensive view of the human cognition in the context of social learning. He eventually expanded the social learning theory to form the social cognitive theory.
Revising his work yet again to portray humans as self-organizing, proactive, self-reflecting, and self-regulating, he rebuffed the orthodox conception of being governed by external forces and came up with the book, ‘Social Foundations of Thought and Action: A Social Cognitive Theory’ in 1986.
The book, ‘Social Foundations of Thought and Action: A Social Cognitive Theory’ forwarded a more advanced concept of cognitive theory wherein individuals instead of being influenced by external sources for their behaviour were affected by environmental factors and personal factors such as cognitive, affective, and biological events.
He spent much of the late 1970s concentrating on exploring the role of self-efficacy belief in human functioning. Though he concentrated on other factors as well, it was self-efficacy that he believed mediated changes and aroused fear.
The study of self-efficacy belief not only helped in phobia studies but also was found useful for natural disaster survivors and those suffering from post-traumatic stress disorder. It was through sense of control that the traumatic survivors were able to come over their ordeal and look further. In 1997, he finally came out with the book that dealt with the same, titled ‘Self-Efficacy: The Exercise Of Control’. 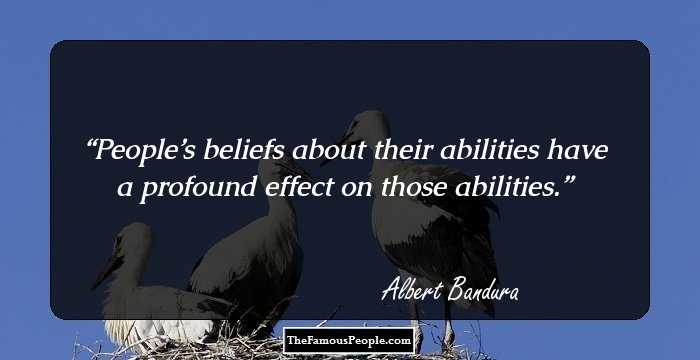 See the events in life of Albert Bandura in Chronological Order 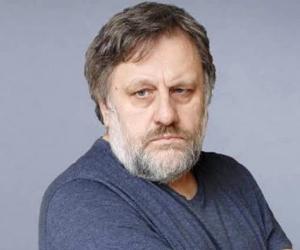