Thomas Doherty
Actors #533
Film & Theater Personalities #1212
DID WE MISS SOMEONE?
CLICK HERE AND TELL US
WE'LL MAKE SURE
THEY'RE HERE A.S.A.P
Quick Facts

Scottish People
Scottish Men
Aquarius Actors
Scottish Actors
Actors Who Are In Their 50s
Childhood & Early Life
Alan was born in the Scottish burgh of Aberfeldy to Mary and Alex Cumming. His father served as a forester at the ‘Atholl Estate’, and mother was a secretary in an insurance company.
Alan and his elder brother Tom were raised in the ‘Panmure estate’, where the family shifted in 1969. The young Cumming first went to the ‘Monikie Primary School’, and later attended the ‘Carnoustie High School’. During his student days, he took part in plays, and was associated with the ‘Carnoustie Theatre Club’ as well as the ‘Carnoustie Musical Society’.
After graduating from high school in 1981, Alan worked for ‘D.C. Thomson Publishers’. As a sub-editor, he worked for the pop music magazine ‘Tops’, and also answering the queries of readers through the column, ‘Young Alan’.
The exceptionally talented Alan embarked on his professional theatre career, even before graduating from College. In 1982, he joined the ‘Royal Scottish Academy of Music and Drama’ to train in regional theatre. He even made appearances in the plays ‘Macbeth’ and ‘Passing Glory’.
He graduated in 1985 with a B.A. in Dramatic Studies, and won numerous awards in verse speaking and direction. To his credit, he had also created a hugely successful cabaret act ‘Victor and Barry’, with another student named Forbes Masson. 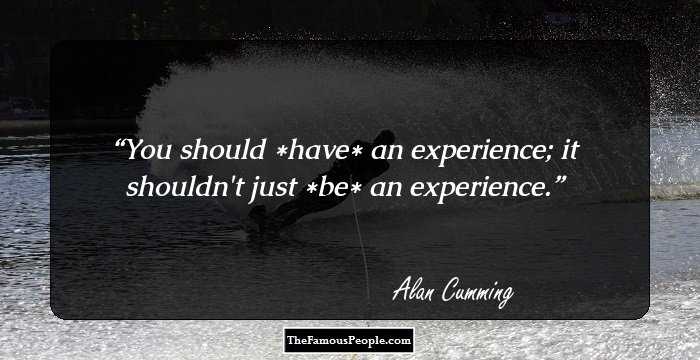 Quotes: You, Experience
Continue Reading Below
You May Like

The Best Black Actresses Of All Time
Career
After graduation he worked in various theatre venues including the ‘Royal Lyceum Edinburgh’, ‘Dundee Rep’, ‘The Tron Glasgow and tours with Borderline’ and ‘Theatre Workshop and Glasgow Citizens' TAG’.
His role in the 1988 play ‘Conquest of the South Pole’, which was staged at the ‘Transverse Theatre’ in Edinburgh, before it was transferred to the ‘Royal Court’ in London, was highly appreciated, and received an ‘Oliver Award’ nomination for ‘Most Promising Newcomer’.
After shifting base to London, Alan worked with the theatre groups ‘Royal Shakespeare Company’ and the ‘Royal National Theatre’. His portrayal of ‘The Madman’ in the 1990 comedy ‘Accidental Death of an Anarchist’ garnered him many accolades.
Making his film debut in 1992, he appeared in filmmaker Ian Sellar’s drama film ‘Prague’. His acting was highly appreciated and won a ‘BAFTA’ nomination for ‘Best Actor’ and the Best Actor Award at the Atlantic Film Festival. The same year also saw his reprisal on television with an award winning role in BBC TV movie ‘Bernard and the Genie’.
Starring in the lead role opposite his then wife, Hilary Lyon, Alan’s role, as Hamlet in English Touring Theatre’s production of the Shakespearean play, won the ‘TMA Best Actor Award’, in 1993. In the same year he received an ‘Oliver Award’ nomination in the ‘Best Actor in a Musical’ category for his role in the Sam Mendes’ musical ‘Cabaret’.
In 1995, he made his first Hollywood appearance in the movie ‘Circle of Friends’ where he played the character of Sean Walsh. The same year, he was also seen in the Bond movie ‘Golden Eye’ in the role of Boris Ivanovich Grishenko. The next year, he appeared in the movie ‘Emma ‘as Revd. Mr Elton.
His performances garnered the attention of American producers, and soon he was offered roles in the movies ‘Romy and Michelle’s High School Reunion’ and ‘Buddy’, both of which released in 1997.
Returning to theatre, Alan reprised his role in the Broadway musical ‘Cabaret’, in 1998. The play was a huge success and this critically acclaimed role also won him numerous awards.
Cumming's novel, ‘Tommy's Tale’, was published in 2002. He has also written articles for magazines, notably as a contributing editor for the famous ‘Marie Claire magazine’, writing on the haute couture shows in Paris, as well as what it was like for him dressing as a woman for a day. He also contributed articles to ‘Newsweek’, ‘Modern Painters’, ‘Out’, ‘Black Book’ and ‘The Wall Street Journal’.
Continue Reading Below
He starred in the award-winning drama ‘The Bacchae’ based on Greek mythology, in 2007. In the same year he appeared in the TV mini-series ‘Tin Man’, playing the character of ‘Glitch’. The next year he associated with ‘PBS’ to anchor this series titled ‘Mystery’.
From 2012-2013, he was involved in the portrayal of the Shakespearean play ‘Macbeth’, in association with the ‘National Theatre of Scotland’ and director John Tiffany. The show opened at ‘Lincoln Theatre’ and was later staged at the ‘Ethel Barrymore Theatre’. 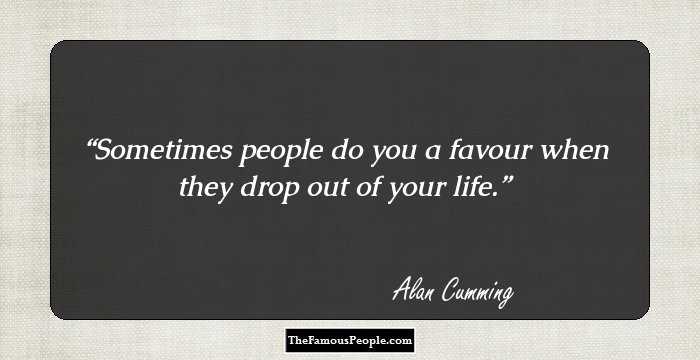 Quotes: You, Life
Major Works
Though Alan has given some stellar performances in the theatre, his role of the master of ceremonies in the Broadway film ‘Cabaret’, earned numerous accolades. He was bestowed with prestigious awards such as the ‘Tony Award’, ‘Drama Desk Award’ and ‘Outer Critics Circle’ award.
Awards & Achievements
He earned the ‘Laurence Olivier Award’ for ‘Best Comedy Performance’ in 1991 for his role in the play ‘Accidental Death of an Anarchist’.
He won the British Comedy award for the ‘Top Television Newcomer’ for his role in ‘Bernard and the Genie’.
Enacting the part of an aid to the senatorial candidate, in the TV series ‘The Good Wife’, starting in 2009, his role has been appreciated by critics and viewers worldwide. He has received nominations in the ‘Outstanding Guest Actor in a Drama Series’ and ‘Outstanding Supporting Actor in a Drama Series’ categories of ‘Emmy Awards’ and also a ‘Best Supporting Actor’ nomination in the ‘Golden Globe Awards’. 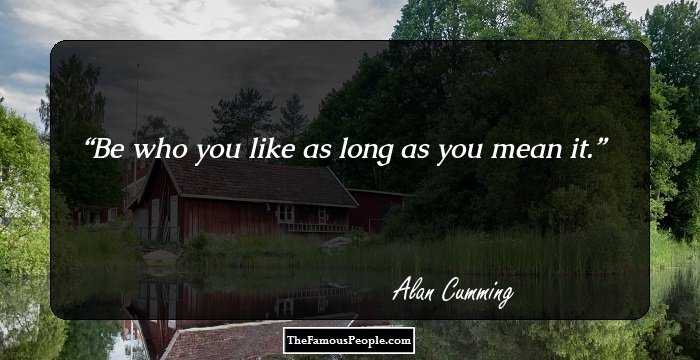 Quotes: You, Like
Personal Life & Legacy
Alan was married to his high school sweetheart Hilary Lyon from 1985-1993. The couple separated amicably and had no children.
A self-proclaimed bisexual, Alan is currently married to Grant Shaffer and shares a residence with him in Manhattan. Grant is a graphic artist and the couple recently celebrated their fifth anniversary, on 7th January, 2007. As a part of the celebrations, they repeated their nuptial vows again, on this day.
Trivia
This famous actor has a line of perfume named after him. The proceeds, from the sales of the products of the ‘Cumming’ franchisee, are given to charity 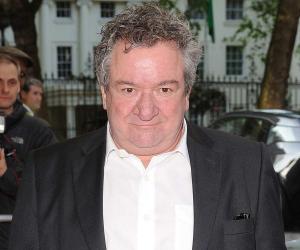