Aisha Tyler is an American actress, TV host, author, producer, and director. She is known for playing Andrea Marino in the horror drama ‘Ghost Whisperer’ as well as for appearing as Mother Nature in the Santa Clause movie series. She is also recognized for providing her voice to the character of Lana Kane in the series ‘Archer’. As a host, Tyler has worked for CBS's ‘The Talk’. She also hosted Ubisoft's E3 media conferences from 2012 to 2016. She has even made numerous video game appearances till date. Born to James Tyler, a photographer, and Robin Gregory, a teacher, Tyler attended Dartmouth College where she co-founded an all-female a cappella group ‘Dartmouth Rockapellas’ that was devoted to spreading social knowledge through songs. Tyler is a regular contributor to ‘Jane’ and ‘Glamour’ magazines. Coming to her personal life, her parents divorced she was young and she was primarily raised by her father. She is of Native American and African American descent, which explains her exotic looks. She was previously married to attorney Jeff Tietjens.
Continue Reading Below American People
Actresses
Black Actresses
Black Film & Theater Personalities
American Women
Career
Aisha Tyler's career in television took off in 2001 when she appeared as the host on ‘Talk Soup’ and ‘The Fifth Wheel’. However, ‘Talk Soup’ was canceled a year later and Tyler left the show ‘The Fifth Wheel’ to pursue other interests. In 2002, she was cast as Mother Nature in the movie ‘The Santa Clause 2’. The following year, she appeared as Dr. Charlie Wheeler on ‘Friends’. The actress then had recurring roles in the series ‘CSI: Crime Scene Investigation’ as well as ‘24’.
From 2005 to 2006, she played Andrea Marino in ‘Ghost Whisperer’. During this time period, she also appeared as Desiree Howard in the TV program ‘For One Night’. In the ensuing years, Tyler did a number of films, such as ‘Death Sentence’, ‘Balls of Fury’, ‘Meet Market’, ‘Bedtime Stories’, ‘Black Water Transit’ and ‘The Babymakers’. In the 2000s, she also got featured in the drama series ‘Boston Legal’.
She co-hosted the talk show ‘The Talk’ from 2011 to 2017. In 2013, the American beauty started hosting ‘Whose Line Is It Anyway?’ The following year, she had a voice role in ‘Bojack Horseman’. She then began appearing as Dr. Tara Lewis in ‘Criminal Minds’ in 2015. In 2018, Tyler started hosting the show ‘Unapologetic with Aisha Tyler’.
You May Like 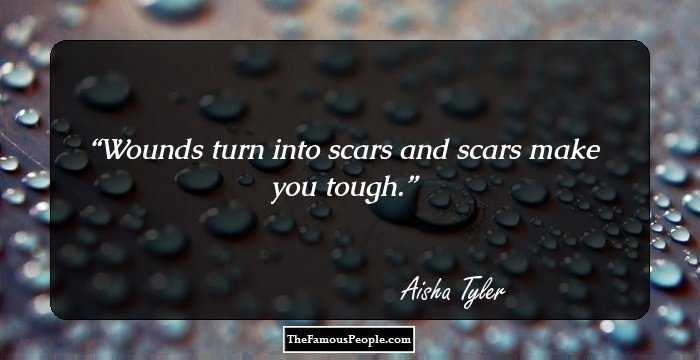 Quotes: You
Continue Reading Below
Personal Life
Aisha Tyler was born on September 18, 1970 in San Francisco, California, the USA to James Tyler and Robin Gregory. She and her sister were raised by their father after their parents separated. Tyler studied at McAteer High School and later attended Dartmouth College.
Coming to her love life, the actress got married to attorney Jeff Tietjens in 1994. The couple got divorced in 2017. Currently, Tyler serves as a vocal advocate for the rights of the LGBTQ community.
Recommended Lists: 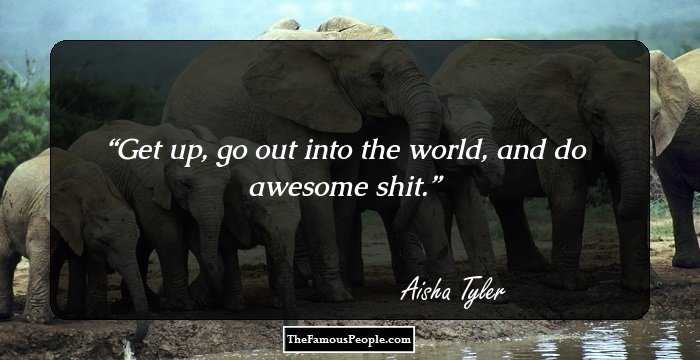 Quotes By Aisha Tyler | Quote Of The Day | Top 100 Quotes