DID WE MISS SOMEONE?
CLICK HERE AND TELL US
WE'LL MAKE SURE
THEY'RE HERE A.S.A.P
Popularity Index
10
Fashion #476
Models #348
Quick Facts 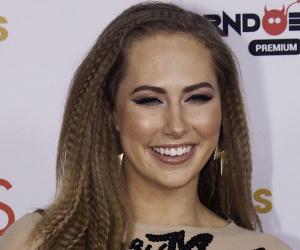 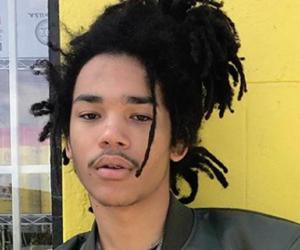 Luka Sabbat
Agbani Darego is a renowned model from Nigeria who shot to international fame after winning the Miss World pageant in 2001. She succeeded famous Indian actress Priyanka Chopra to win the crown thus becoming the first native African diva to achieve the feat. Born in Lagos and brought up in D-line, Nigeria, this ravishing beauty lost her mother at an early age. A student of Computer Science and Mathematics, Agbani aspired to be a model. She took part in the ‘Most Beautiful Girl in Nigeria’ competition in 2001 and won the title which paved her way for that year’s Miss Universe and Miss World beauty pageants. Although she ended up seventh in the Miss Universe contest, she became the first Nigerian beauty to be among the top ten semi-finalists. Her moment of glory came when she won the Miss World title that year. Such international fame and recognition earned her several modelling assignments with big brands like Macy’s, Avon, and Target. She cracked a modelling deal with Donald Trump's management and a three year contract with L'Oréal. The ensuing years saw her career burgeon with modelling assignments, featuring in several magazines, working with renowned designers and photographers and judging several beauty pageants and modelling contests. Black Fashion
Nigerian Women
Tall Celebrities
Tall Female Celebrities
Childhood & Early Life
Agbani Asenite Darego was born on December 22, 1982, in Lagos, Lagos State, Nigeria to Asenite Sikibo Darego and Inaewo as the sixth of their eight children. Her family origin is from Abonnema, Rivers State.
Her father was a decorated customs officer who was honoured with ‘First Class of the Federal Republic Medal’ in 1979 for his effort in thwarting jewelry smuggling attempt from Nigeria. Her mother had a business in rice-trading.
She grew up in the main business and urban residential neighbourhood of Port Harcourt, Rivers State called D-line where her family relocated when she was two years old. She studied at the private co-education school, Bereton Montessori Nursery and Primary School, located in Rivers State.
Little Agbani would often accompany her mother who frequently travelled for business. During such trips her mother bought clothes to sell them to a boutique where Agbani had the opportunity of going through several foreign fashion magazines.
At ten years of age she was sent to a boarding school so as to protect her from her mother’s deteriorating health condition due to breast cancer. After a couple of years her mother succumbed to the disease.
Discussing about her mother’s illness and living alone since an early age, Agbani mentioned in an interview given to Julia Llewellyn Smith from ‘Mail on Sunday’ that “I learned to be on my own. It makes you independent.”
Following her secondary education, she enrolled at the University of Port Harcourt and studied Mathematics and Computer Science, but her heart yearned for a modelling career. Although her father had reservations, Agbani contested in the M-Net Face of Africa modelling competition but failed to make it to the finals.
Continue Reading Below
You May Like

Female Models
Sagittarius Models
Sagittarius Women
Career
Her early endeavours in the world of fashion and modelling included participating in several pageants and appearing in print ads for ‘Collectibles’, a boutique chain.
In 2001, she participated in the ‘Silverbird Group’ organised beauty pageant ‘Most Beautiful Girl in Nigeria’, many a times abbreviated as MBGN. She won the title that led her to two of the most prestigious international beauty pageants - ‘Miss Universe’ and ‘Miss World’.
She took part in the 50th Miss Universe pageant that was held at the Coliseo Rubén Rodríguez in Bayamón, Puerto Rico on May 11, 2001. Seventy seven contestants participated that year and although she ended up seventh, she created history by becoming the first Nigerian beauty to be among the Top ten finalists of the pageant.
After the Miss Universe pageant, English actress and supermodel Naomi Campbell invited her to take part in the charity fashion show ‘Frock 'n' Roll’ at Bercelona. This was followed by a modelling deal with Donald Trump's management.
The Miss World pageant 2001 held at the Super Bowl of Sun City Entertainment Centre in Sun City, South Africa, on November 16 that year marked the 51st edition of the pageant. Agbani was one of the 93 contestants who took part in the contest. Her home country rejoiced with pride that day when she was crowned the new Miss World. She succeeded Indian beauty Priyanka Chopra.
Apart from the title, she also won cash prize of $100,000 and gifts worth $150,000. By winning the title she not only earned MBGN its biggest feat so far but also became the first native African beauty to be crowned Miss World.
During her year long reign as Miss World she carried out the responsibilities of the title holder including appearing on behalf of the pageant and making several goodwill tours with great élan. Such tenure also included a national honour of MFR.
The Paris and London branches of global model agency ‘Next Model Management’ represented her after her one-year stint as Miss World.
She added another feather on her cap after cracking a three-year contract with the renowned French cosmetic company L'Oréal in 2002. With this she became the second Black model after Vanessa Williams to achieve such feat. Presently, she is counted among the prominent L'Oréal spokespersons including Vanessa Williams, Beyoncé Knowles, Aishwarya Rai Bachchan, Laetitia Casta and Natalie Imbruglia.
She has posed for American portrait photographer Annie Leibovitz for the American fashion and lifestyle magazine ‘Vogue’. Other well-known magazines that have featured her include ‘Essence’, ‘Cosmopolitan’, ‘Stitch’, ‘Allure’, ‘Elle’, ‘Trace’ and ‘Marie Claire’. She has also posed for other famous photographers like Richard Burbridge and Markus Klinko.
She remained model for several renowned brands such as Macy’s, Avon, Target, Christian Dior, and Sephora and worked with renowned designers like Marc Bouwer, Gianfranco Ferre, Oscar de la Renta and Tommy Hillfiger among others.
In Nigeria, she featured in ads of ‘Natures Gentle Touch’, a hair care brand by ‘Recare’, along with model Oluchi. Her homeland pursuits also include becoming brand ambassador of ‘Natures Gentle Touch’ and also of Arik Air in 2011 and featuring on the covers of several magazines like ‘True Love’, ‘Genevieve’, ‘Mania’ and ‘Complete Fashion’.
She set up the retail clothing brand ‘AD by Agbani Darego’ in 2013 that offers a wide range of clothing and accessories like dresses, jeans, bags and sunglasses.
A number of beauty pageants and modelling contests were judged by her including Mr. Scotland 2002, Miss England 2002, Elite Model Look Nigeria 2012 and 2014 and Miss World 2014.
She is at present associated with American international modelling agency, ‘Ford Models’.
Personal Life & Legacy
Her professional pursuits and busy schedule forced her to drop out from University of Port Harcourt, but later in May 2012 she graduated in Psychology from ‘New York University’.
She married Ishaya Danjuma, her long-time sweetheart, on April 8, 2017. Ishaya’s father, General Theophilus Yakubu Danjuma, is a billionaire from Marrakesh, Morocco.
You May Like

See the events in life of Agbani Darego in Chronological Order 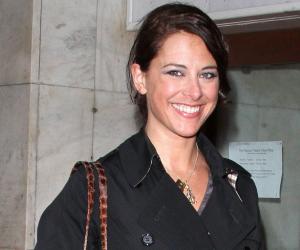 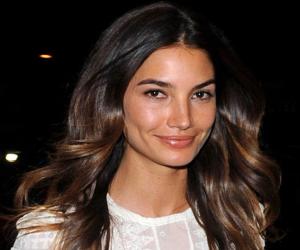 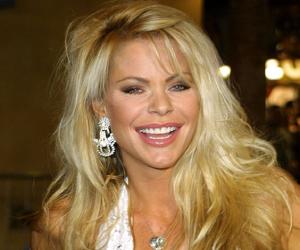 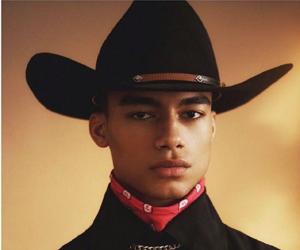 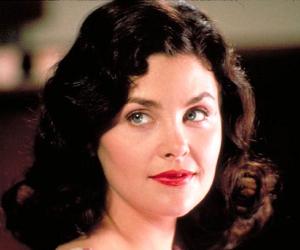