A talented member of the American film fraternity, Adam McKay is a versatile film director, who is equally adept in the art of production and screenwriting. He directed a string of hit comedies during the early 2000s that helped him gain popularity. Prior to making waves as a director in Hollywood, he began life as scriptwriter eager to showcase his skills to anyone who cared in the entertainment industry. With slow but sure footing, he climbed up the ladder of fame thanks to his exceptionally brilliant comedic ideas. Through his mastery over elements of satire and commentary, his movies created a whole new niche of “smart dumb comedy”. The audience too appreciated his hilarious and notable farces in his films. Whether it is screenplay or direction, there is a certain anarchic brilliance to his approach; a reason why his films can be slapstick funny and thought provoking at the same time. The turning point in his career, however, came once he mastered the art of capturing absurdity of the general American populace and seamlessly transplanted into his recent, serious-natured movies. His glamorous career aside, he is also known for his various charity works. 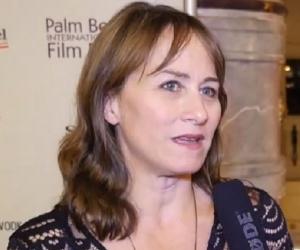 Adam Mckay was born on 17 April 1968, in Denver, USA. He was the only child of his parents. His mother was a waitress mother and his father was a bassist.

He was raised in Philadelphia, Pennsylvania, and attended Great Valley High School from where he graduated in the year 1986.

He enrolled into Temple University for a bachelor’s degree in English. He dropped out of the course in his penultimate semester.

Following his passion for improv, he moved to Chicago and began performing at the ImprovOlympic theater. Absolutely at ease with his craft, he took on politically charged roles in many improv sketches.

He initially auditioned, albeit unsuccessfully, for one of the open spots for onscreen performers for Saturday Night Live (SNL). However, the scripts he had submitted as part of the audition, helped him get employed with the show as a writer in 1995.

In less than a year, he was made head-writer for the ever-popular, late-night, television comedy sketch and continued in that position till 2001. In that period, he directed many short films like SNL Digital Shorts.

Shortly after quitting his job at SNL, he collaborated with Will Ferrell, an up-and-coming comedian/actor, and founded the production company, Gary Sanchez Productions.

Between 2004 and 2010, he wrote the scripts for a string of tongue-in-cheek comedies; prime among them being Anchorman, Step Brothers, ‘Talladega Nights’ and ‘The Other Guys’. He directed, produced (or co-produced) and even made some guest appearances in these movies. Farrell starred in all of them alongside a host of other Hollywood actors.

Adam McKay and Will Ferrell then co-wrote and directed the George W. Bush Broadway show You're Welcome America. Starring Farrell, it ran through February and March 2009.

In that same period, their production company received an order for six episodes from HBO for Eastbound & Down, a sports comedy TV series. The series ran for four seasons; final episode of Season 4 aired on 17 November 2013.

Amongst a string of movies directed, written, or produced by him in 2011, he also directed a commercial for K-Swiss, a California-based sports footwear company. Titled ‘Kenny Powers: The K-Swiss MFCEO’, the story/sketch revolves around Kenny Powers (a central character from Eastbound & Down) and his guffaws as a head honcho.

In 2014, he and Farrell co-produced the Hollywood flick, Welcome to Me. Starring Kirsten Wiig, the movie was directed by McKay’s wife, Shira Piven. It was her second directorial feature.

The year 2015 was a watershed year for Adam McKay. Besides producing the hit comedies, Get Hard and Daddy’s Home, he also directed the movie, The Big Short, which earned him rave reviews and awards.

Adam McKay is also known for hosting several podcasts shows. In 2015-2016, he hosted the comedy/science podcast Surprisingly Awesome. He has also produced a series of podcast that explored the sensational Jeffrey Epstein case.

After separating from his producing partner and friend Ferrell in 2019, McKay launched a new production company, Hyperobject Industries. Under the new banner, his new company began undertaking TV projects for HBO.

His 2015 directorial feature, The Big Short, was the first step at filmmaking for a serious subject and theme. Adapted from Michael Lewis' book of the same name, the movie tells the story of the 2007-2008 financial and subprime mortgage crisis. With big shots like Brad Pitt, Christian Bale, Ryan Gosling, Steve Carell, and Melissa Leo, and great script and direction, the film won several awards and nominations.

Adam McKay’s 2018 American biographical, satirical comedy-drama film, Vice, starring Christian Bale, Steve Carell and Alison Pill was nominated for several honors too. Vice was his attempt at portraying the Republican Revolution and its impact on America. He used Dick Cheney’s life to tell the larger tale.

Being an ardent supporter of the Democratic Party, he endorsed Bernie Sanders for President of the United States both in 2016 and in 2020. Additionally, he identifies himself as a democratic socialist.

In 2018, Adam McKay suffered a heart attack following which he had to undergo a heart surgery. Due to an inherent benign neurological disorder, McKay sometimes experiences shaking and tremors in his body.

Adam McKay is currently part of a non-partisan, anti-corruption group named ‘RepesentUs’. He is one of the members of its Creative Council.

See the events in life of Adam McKay in Chronological Order