Born In: Ur Kaśdim, Mesopotamia

Advanced Search
Abraham is the patriarch of the three monotheistic religions: Christianity, Islam, and Judaism. In Christianity, he is considered the "father of faith" and the "ancestor of Israelites". In Judaism, he is the pioneer who founded the 'covenant of the pieces', an event wherein God declared to Abraham that his progeny would inherit the Land of Israel. In Islam, he is considered to be the prophet and messenger of God. In the 'Book of Genesis,' it is stated that he left his home on God's command and settled in the land originally given to Canaan, later promised to him and his descendants. He is also regarded as the founding father of many nations. With his wife Sarah, Abraham preached about the existence of one God. According to the books, he once almost sacrificed his son Isaac on God's command, proving his unwavering faith in God. The story of Abraham has not been dated accurately. According to a common consensus reached among scholars, the story is believed to have been composed around the late 6th century BCE, during the Persian period. Born In: Ur Kaśdim, Mesopotamia

Esau
DID WE MISS SOMEONE?
CLICK HERE AND TELL US
WE'LL MAKE SURE
THEY'RE HERE A.S.A.P
Quick Facts 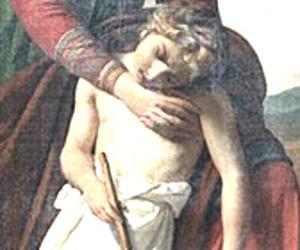