Abu al-Qasim Abbas ibn Firnas ibn Wirdas al-Takurini, better known as Abbas Ibn Firnas, was a renowned inventor, engineer, aviator, physician, Arabic poet and Andalusia musician who lived in the Emirates of Cordova (present day Spain) in the 8th century. He is best known for being the first person to successfully demonstrate a controlled flight of a human being, when he jumped off a cliff in his flying machine made out of a bamboo frame covered with silk cloth and bird feathers. He managed to stay aloft for about 10 minutes but had a crash landing due to which he injured his back. However, he learnt from his mistake and wrote a book in which he brought out the necessity of having a tail to stabilise flight. He is also credited with many other inventions that include clear glass used for correcting vision, a water clock and a device to cut rock crystal. His achievements have been recognised by naming a crater on the moon in his honour. The ‘Ibn Firnas Airport’ in Baghdad is named after him, so is a bridge over the Guadalquivir River in Cordova. The world may remember the Wright brothers as the first to make a flying machine, but Abbas Ibn Firnas is the lesser known scientist who first documented the idea in his book and inspired others to research the subject of aeronautics. 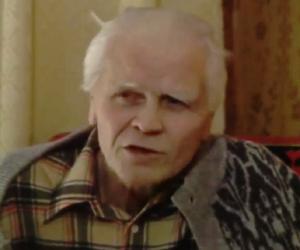 Anatoly Dyatlov
Inventors #84
Engineers #186
Inventors & Discoverers #132
DID WE MISS SOMEONE?
CLICK HERE AND TELL US
WE'LL MAKE SURE
THEY'RE HERE A.S.A.P
Quick Facts

Spanish People
Spanish Men
Male Engineers
Spanish Engineers
Spanish Inventors & Discoverers
Childhood & Early Life
Abbbas Ibn Firnas was born in the year 810 in Izn-Rand Onda, which was part of the Al-Andalusia Caliphate of Cordova. This is located in today’s Ronda, Spain, which was a Muslim dominated area. He was of ethnic North African, Berber descent and his name is derived from the word ‘Afernas’, which is a common name in today’s Morocco and Algeria.
During his time, Al-Andalusia was a great centre of learning for engineers, architects and scientists. Cordova and Baghdad were twin cultural centres of Islamic art and science. Young Abbas studied medicine and astrology but was more interested in engineering and making his own inventions. He was also fond of Andalusia classical music and Arabic poetry.
As a child he was very inquisitive and loved opening up things and putting them back together. He was good with his hands and also enjoyed music. He was enthusiastic about witnessing any event in his neighborhood.
Continue Reading Below
You May Like

Who Is The Most Popular BTS Member?
Career
Abbas Ibn Firnas lived in the Emirates of Cordova which covered parts of today’s Gibraltar (UK), Morocco, Portugal and Spain. He grew to be a polymath - he was an inventor, engineer, aviator, physician, Arabic poet and Andalusia musician.
He was influenced by Armen Firman, who in 852 had attempted to fly by jumping off a minaret of the grand mosque in Qurtuba, wearing a contraption fabricated out of a wooden frame and silk. The contraption dampened his fall and Armen got away with minor injuries from what may be referred to as the world’s first parachute attempt.
Firnas witnessed the jump and went on to make a scientific study of the shortcomings of Armen’s flight path. Twenty three year later in 875, he made his own flying machine out of a bamboo frame covered with silk cloth that had actual eagle feathers sewed to it. His machine had a harness, whereby he could be suspended and control the movement of the wings. This was an improvement on the contraption of Firman that had fixed wings.
Firnas took a long time to complete his study on avionics and satisfy himself on the reliability of his machine. Finally at the age of 70, he decided to jump off a cliff in the Jabal Al - ‘Arus hills to demonstrate his invention.
He invited an audience to witness the event and told them that if his invention was a success he would live to tell them about it. As per witnesses, he accomplished a flight of almost 10 minutes by flapping his wings up and down. Unfortunately, he had not worked out his landing and hit the ground with force leading to serious injuries to his back.
He lived another 12 years after his flight and continued his studies in avionics. Though he did not make another attempt to fly, he studied the shortcomings of his landing and came to the conclusion that besides wings there is a necessity of having a tail to act a rudder to control flight.
In addition to his attempt to fly, Abbas studied astronomy and designed a mechanized planetarium that had revolving planets that moved in relation to each other as they do in the universe.
He also experimented with crystal, quartz and sand to create transparent glass of high quality that was used for making famous Andalusian glasses for drinking water. He further studied the magnifying properties of glass and made lenses for correcting eyesight.
He is also known to have designed a water clock called Al-Maqata for keeping track of time. His other contribution was to devise a means of cutting rock crystal that was only known in Egypt at that time.
Continue Reading Below
Abbas Ibn Firnas devoted his entire life to science and wrote many books on mathematics, physics, astronomy and engineering that were taught in the University of Al-Andalusia. His book describing his first flight and the lessons learnt went on to inspire many more who endeavoured to fly, including Leonardo Da Vinci.
Major Works
Abbas Ibn Firnas was an inventor, engineer, aviator, physician, Arabic poet and Andalusia musician. His inventions include the water clock, clear glass and a device to cut rock crystal.
However, his greatest work was his maiden attempt to fly and the book he wrote avionics that went on to inspire others.
Achievements
Firnas made the first known controlled human flight many years before the Wright brothers. His achievement was recognised in 1979, by the Working Group for Planetary Systems Nomenclature (IAU / WGPSN) when they named a crater, ‘Ibn Firnas’, on the moon in his honour.
The ‘Ibn Firnas Airport’ in Baghdad is also named after Abbas Ibn Firnas and so is a bridge over the Guadalquivir River in Cordova. The Libyans even have issued a postage stamp to honour him.
Personal Life & Legacy
Abbas Ibn Firnas was a great fan of the Iraqi musician, Ziryab. He learnt Andalusian classical music and read Arabic poetry in his free time. He lived to a ripe old age and died in the year 887.
Some people say that his life slowed down after his injury during his first flight. However, his mind remained active and he diverted his attention from doing physical things to putting his experiences down on paper.
Very little is known about his family life as his biography was not recorded at that time.
Trivia
The relationship between wings and a tail to stabilise flight first developed by Abbas Ibn Firnas contributed to the success of the Wright brothers’ flying machine in 1903.
Firnas was a multi-talented man. He even became one of the first teachers at the famous Cordovan school of music run by the Iraqi musician, Ziryab.
You May Like