(Creator of the ‘Kodaly Method’ of Music Education.)
Advanced Search

Zoltan Kodaly was a Hungarian composer and musicologist, known as much for his works on Hungarian folk songs as for developing techniques to teach young children to read music through folk material. Along with his compatriot and friend Bela Bartok, he pioneered the integration of folk music and elevated the international status of Hungarian music through dances and folk songs. He popularized folk music among Hungarians, who accepted them with both hands, in spite of criticism as ‘uncultured’ and ‘unrefined’. Unlike his friend Bartok, he kept in constant touch with the people. His authority as a musical pedagogue is as high as his authority as a composer. It were his innovative music education techniques, which inspired his associates to develop Kodaly method, which exploited the natural music talents of children. Even today, this method is extensively employed to teach the basics of music. He also composed an enormous quality of choral exercises, which were intended explicitly for amateur singers to hone their techniques. Adolf von Henselt
Composers #717
Musicians #4201
DID WE MISS SOMEONE?
CLICK HERE AND TELL US
WE'LL MAKE SURE
THEY'RE HERE A.S.A.P
Quick Facts

Zoltan Kodaly was born on 16 December 1882 in Kecskemét, Hungary. His father, Frigyes Kodály, was a railway stationmaster; His mother’s name was Paulina nee Jalovetzky.  He had two siblings, a brother named Pál Kodály and a sister called Emilia Kodály.

Because of his father’s job, the family moved from place to place while he was young, living in Galánta from 1884 to 1891. It was here that he first heard a famous Gypsy band play, whose music left a lasting impression on him, inspiring him to write Dances of Galánta decades later.

In 1892, the family moved to Nagyszombat (now Trnava, Slovakia), where he began to sing in the cathedral choir and study violin and piano. Concurrently, he started exploring the scores in the cathedral music library and began teaching himself the cello so as to make his father’s domestic quartet-evenings livelier.

It was also in Nagyszombat that he began to compose his early pieces. In 1897, one of his overtures was performed by his school orchestra. Again in 1898, they played one of his Mass for chorus and orchestra.

In 1900, he entered Eötvös József Collegium in Budapest with modern languages. However in 1902, he left the institute to study composition at Academy of Music and in 1905 made his first field trip to collect folk songs, recording them on phonograph cylinders. Accompanying him was his friend Béla Bartók.

In 1906, Zoltan Kodaly earned his PhD on his thesis entitled The Strophic Structure of Hungarian Folk-Songs. Later in the same year, he moved to Paris, where he studied with Charles Widor and discovered the magic of Claude Debussy.

In 1907, Zoltan Kodaly returned to Budapest, where he began his career as the professor of music theory at the Budapest Academy of Music. From 1908, he also started teaching composition, serving as a professor till his retirement in 1941. In 1945, he returned to the institute as its director.

Concurrently with teaching, he continued to work on his own. In 1908, he traveled with Bartók into the countryside to collect old Magyar folk melodies, incorporating elements of it into his compositions. Among his best-known works of this period are String Quartet No. 1 (1909) and Cello Sonata (1910).

Also from 1910, he along with Bartók, began to give concerts outside Hungary, debuting String Quartet No. 1 in C minor in Geneva on 29 May, receiving critical acclaim for it. However it was not until 1923 that his works started getting the appreciation they deserved.

In the summer of 1910, he made his first folksongs collection trip to Transylvania. Concurrently, he continued to teach and write, composing pieces like Duo for Violin and Cello in 1914, Sonata for Solo Cello in 1915 and String Quartet No. 2 from 1916 to 1918.

Concurrently with composing, he also served as a music critic from 1917 to 1919. Meanwhile in February 1919, he was made Assistant director of the Music Academy. But shortly he was suspended from his job and disciplinary actions were initiated against him.

In 1920, he successfully refuted all charges against him, as a result of which he was reinstalled in his job in September 1921. In 1921, he co-published another edition of Hungarian folk songs. All the while, he had continued to compose, Szerenád (Serenade) being one of his important works of this period.

In 1923, Zoltan Kodaly had his first breakthrough with Psalmus Hungaricus, a choral work celebrating the fiftieth anniversary of the unification of Buda, Pest and Óbuda. First performed in Budapest on 19 November 1923, the work had its international premiere in Zurich on 18 June 1926.

In 1926, he published his first stage work; a Hungarian folk opera entitled Háry János, which had its world premiere in Barcelona on 24 March 1927. In April 1927, he debuted as a conductor with the Amsterdam premiere of Psalmus Hungaricus.

Székelyfonó (The Spinning Room) is another of his important works. First created in 1924 as a short cabaret with a small accompanying orchestral ensemble, it was later expanded for a full production in 1932. The songs and dances of this production are taken from Transylvanian folk music.

Galántai táncok (Dances of Galánta), composed in 1933, is another of his famous orchestral works. Commissioned by Budapest Philharmonic Society, the piece was based on the folk music of Galánta, where he lived as a child. However, at this time, he was more interested in improving children’s musical education.

In 1925, Zoltan Kodaly overheard a group of children singing some songs they had learned at school. Appalled by the standard of their singing, he decided to do something to improve the quality of music education system and started writing numerous articles, columns and essays to raise awareness about the subject.

In 1929, he published Children's Choirs, in which he clarified his pedagogic principles on music education. But it was not until 1935 that he was able to take up a long-term project to reform music teaching in the lower and middle schools.

Soon, he started writing new musical compositions for children. He also created new curriculums and teaching methods for children, publishing several books that would have tremendous impact on musical education, both home and abroad.

In 1945, Hungarian government began to implement Kodaly’s methods in public schools. Five years later, the first music primary school, in which music was taught daily, opened its door. Soon more and more such schools began to open and by 1965, half the schools in Hungary were music schools.

In 1958, his ideas were first presented to the international community at a conference of the International Society for Music Educators in Vienna. It got universal acceptance and later became known as Kodaly’s Method.

Among his scholarly works, most significant are Corpus musicae popularis Hungaricae (1951) and Die ungarische Volksmusik (Folk Music of Hungary; 1956). In addition, he had written numerous articles for ethnographic and musical journals, some which have been included in The Selected Writings of Zoltan Kodaly, published in 1974.

Zoltan Kodaly is possibly best remembered for his 1923 work, Psalmus Hungaricus. Based on the gloss of Psalm 55, "Give ear to my prayer, oh God", the work draws a parallel between the sorrows of King David and the suffering of the Magyars in Ottoman Hungary, reflecting the national crisis during the partition of Historical Hungary.

In 1962, he received the Order of the Hungarian People's Republic.

In 1965, he received the Herder Prize in Vienna.

On 3 August. 1910, Zoltan Kodaly married Emma Schlesinger alias Sándor, an accomplished musician and folk song enthusiast. They met in 1905 when she started studying composition with him. Twenty years his senior and at that time married to Henrik Gruber, she later became one of his biggest collaborators.

Emma died in 1958 after 48 years of happy marriage. On 18 December, 1959, he got married for the second time, tying the knot with Sarolta Péczely, remaining married to her until his death.

On 6 March 1967, Zoltan Kodaly died of heart attack in Budapest. A full-length bronze statue in Szent István square in the city of Pécs bears his legacy to this date.

See the events in life of Zoltan Kodaly in Chronological Order 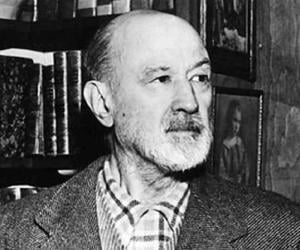