Zephan is a social-media influencer from England. He is known for his lip-sync videos on 'Musical.ly (now known as TikTok).' He has earned over a million fans on the platform. Zephan initially struggled to establish himself in the social-media arena. However, he soon shot to fame as a "muser" and a motivational "YouTuber." Zephan is an inspiration for teenagers who suffer from low self-esteem due to bullying. His positive approach toward life and his penchant for comedy and photography have been responsible for his social-media success. Zephan has also done a few promotional campaigns for a number of well-known brands. James Marshall
TikTok Stars #258
YouTubers #1647
DID WE MISS SOMEONE?
CLICK HERE AND TELL US
WE'LL MAKE SURE
THEY'RE HERE A.S.A.P
Quick Facts

Libra Men
Zephan began his social-media career in 2015. He ventured into this field to express his views against bullying. He had been bullied in school for being different. Thus, he supports anti-bullying campaigns wholeheartedly. He also influences teenagers undergoing mental-health issues. Zephan started his career as a "YouTuber." However, he initially struggled to find success on the platform. He later joined the app 'musical.ly' (now ‘TikTok’).
He gained fame as a social-media personality toward the beginning of 2017. By then, he had acquired over a million fans on 'TikTok.' His immense fame as a "muser" led Zephan to collaborate with a few fellow "musers." He collaborated with Helena Bruder to create a two-part harmony video on 'TikTok.' Zephan is also popular on 'Instagram' where his posts have earned him over 289 thousand followers. His 'YouTube' channel now has around 117 thousand subscribers.
Apart from creating online content, Zephan also performs live. He makes short films and videos related to the topics of his interest.
You May Like

The Sexiest Men Of 2020, Ranked
Continue Reading Below
Personal Life
Zephan was born on October 15, 2001, in Lancaster, England. He later moved to New Zealand with his family. Zephan has a sister named Asha. Zephan attended 'Bolton School.' While in school, Zephan got an opportunity to interact with 'Brit Writers’ Award'-winning author Sufiya Ahmed, who had visited the school for an event.
In July 2018, Zephan officially announced his relationship with "YouTuber" and social-media personality Mars. He shared the news through an 'Instagram' picture of him kissing Mars. The picture had a caption that said: “It’s official.” Their relationship began when Mars started sending gifts to Zephan over live streams. Zephan and Mars have collaborated a few times to make vlogs for their respective 'YouTube' channels. Zephan has also dated fellow social star Zoe LaVerne in the past.
Zephan has many interesting tattoos. He is both sporty and creative. Snow-boarding, cycling, bowling, rock climbing, and swimming are his favorite activities. He also plays soccer and table tennis. Zephan loves photography. He also experiments with his clothes and hairstyle.
Zephan loves dolphins. 'Apple' is his favorite gadget brand. He adores movie stars Robert Pattinson and Emma Watson. Zephan is fond of Italian cuisine. His favorite holiday destination is Paris. He loves the color blue. 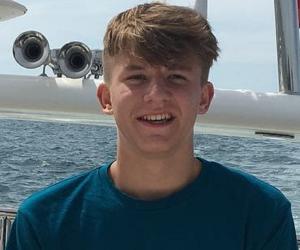