Zeinab Badawi is a Sudanese-British television and radio journalist. Born into an educated and open-minded family in Sudan, she left her homeland at the age of two when her family moved to Great Britain. Her father worked as an editor which made her realize the power of media in this modern era and she decided to pursue a career in journalism. After completing her graduation from Oxford University, she started working as a broadcast journalist for Yorkshire TV. She served there for more than three years and then opted to pursue MA from the University of London, later returning to work at the Channel 4 News. She served as the co-presenter of the concerned network for almost a decade before moving to work for British Broadcasting Company (BBC). Along with presenting live political programs from Westminster for the channel, she also served as a regular anchor on BBC radio as well as BBC Four. She questioned some of the most powerful personalities in her interviews on the BBC show ‘HARDtalk’ and received much appreciation for her work. Along with being a journalist, she is a strong advocate for women’s education and serves as a member on several institutional and developmental boards. 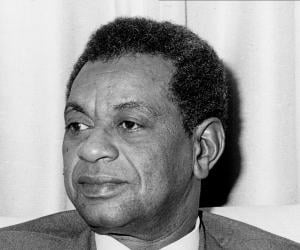 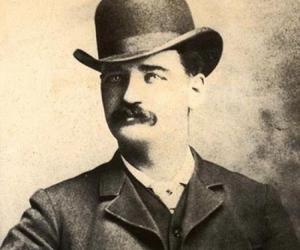 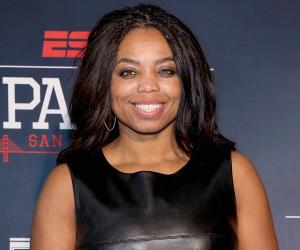 Humanitarian Work: She is the founder of the charity organization, Africa Medical Partnership Fund (AfriMed), which aims to help local medical professionals in Africa.

British People
Sudanese People
British Women
University Of London
Women Journalists
British Journalists
Childhood & Early Life
Zeinab Badawi was born on November 24, 1959, in Sudan. Her great-grandfather, Sheikh Babiker Badri, fought against British forces and was a pioneer of women's education in Sudan.
Her father, Mohammed-Khair El Badawi, worked as an editor in a newspaper in Sudan and was a committed social reformer. When Zeinab was two, her family moved to the United Kingdom where her father joined the BBC's Arabic Service.
She received her early education from the ‘Hornsey High School for Girls’ in North London and took ‘A’ levels in Russian, Latin and History.
Later, she got enrolled in the St Hilda's College of Oxford University, where she studied Philosophy, Politics, and Economics. While at college, she also became a member of the Oxford University Broadcasting Society.
Continue Reading Below
You May Like

The Hottest Male Celebrities With The Best Abs
Career
After completing her graduation from Oxford, Zeinab Badawi started her career as a researcher and broadcast journalist for Yorkshire TV, where she served from 1982 to 1986.
Then, she served for a brief period at the ‘BBC Manchester News’ before joining ‘Channel 4 News’ in 1988.
The same year, she moved to London to pursue a full-time one year MA at ‘School of Oriental and African Studies (SOAS)’, University of London. In 1989, she completed her course in Politics and Anthropology of the Middle East with distinction.
From 1989 to 1998, she worked as a co-presenter in Channel 4 News with Jon Snow and after that went to work for BBC. At BBC News, she served as the presenter and reporter for live political programs from Westminster, for the next five years.
Subsequently, she also worked on BBC radio as a regular presenter of ‘The World Tonight’ on Radio 4 and BBC World Service's ‘Newshour’.
In 2005, she was appointed as the presenter of ‘The World’ on BBC Four, the UK's first daily news bulletin devoted principally to international news. Later, in 2007, the program was re-launched as ‘World News Today’.
She has also served as a regular presenter of the BBC interview program ‘HARDtalk’. In May 2009, she did an exclusive interview with Sudan's President, Omar Al-Bashir, the first serving head of state to be charged with war crimes.
In May 2014, she covered the South African Elections on BBC World News and BBC News Channel from Johannesburg.
She served as the presenter of ‘World News Today’ broadcast on both BBC Four and BBC World News till 2014.
Since 2004, she has been serving as one of the trustees of the National Portrait Gallery and the British Council. She has also been an adviser to the Foreign Policy Centre and a Council Member of the Overseas Development Institute.
In June 2011, she was appointed to the advisory board of the New College of the Humanities. She is also the founder and chairperson of the Africa Medical Partnership Fund (AfriMed), a charity which aims to help local medical professionals in Africa.
Major Works
Working for BBC, she has hosted live political shows interviewing Members of Parliament as well as reporting live from the political party conferences in the UK. She also leads a special Nobel laureate discussion in connection with the Nobel festivities in Stockholm, Sweden, which is shown on Swedish television.
She is a strong advocate of women’s education and her family runs the ‘Al Ahfad University’, which educates females from all parts of Sudan and the rest of Africa.
Awards & Achievements
In November 2009, Zeinab Badawi was conferred with the title of ‘International TV Personality of the Year’ in the Annual Media Awards—the international media excellence awards organized by the ‘Association for International Broadcasting’.
In July 2011, she received an ‘Honorary Doctorate of Letters’ from the School of Oriental and African Studies (SOAS) in recognition of her achievements in journalism.
Personal Life & Legacy
She is a divorcee and lives with her four children: two sons and two daughters.
You May Like

See the events in life of Zeinab Badawi in Chronological Order 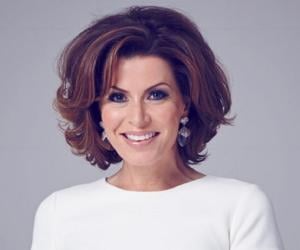 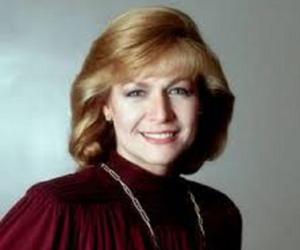 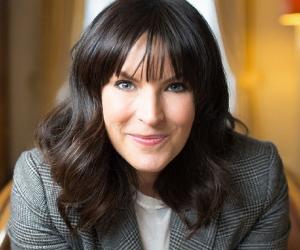