Xi Mingze, who is also known by the assumed identity Xiao Muzi, is the only daughter of Chinese Leader Xi Jinping and his second wife, popular 'honey-voiced' folk singer Peng Liyuan. A Harvard graduate, she has been interested in charitable work since an early age, and had volunteered to help the 2008 Sichuan Earthquake victims for a week, travelling to Hanwang, Sichuan. Her first public appearance as the First Daughter of China after her father took office in 2013 was with her parents at the Yanan village in Liangjiahe, Shanxi province, where her father began his political career spending six years as a worker of the Communist Party of China. There, the family offered Lunar New Year greetings to the local people, however, she did not appear in any of the images posted on China's social media sites or the media. 6422
DID WE MISS SOMEONE?
CLICK HERE AND TELL US
WE'LL MAKE SURE
THEY'RE HERE A.S.A.P
Quick Facts

Chinese People
Harvard University
Cancer Women
Rise to Stardom
Xi Mingze, who has been involved in various charitable initiatives since her teenage days, came under the radar of Chinese news publications in July 2008, at the age of 16, after she volunteered for the May 12th Sichuan Earthquake relief. Her mother was doing a show in support of the victims when she submitted a volunteer application, and with the permission of her school, visited the quake-hit area with thousands of Beijing volunteers a few days after the earthquake.
She later drew the attention of international media one week after her father became the General Secretary of the Communist Party of China in November 2012. UK's 'The Mail' reported for the first time on November 18, 2012 that she was being secretly educated at Harvard University, a private Ivy League institute. Xi Jinping, who is an admirer of Western culture, reportedly sent Mingze to the United States to complete her graduation from Harvard in 2010. The fact that she had been studying there was kept under tight wraps, with only about 10 people, including a limited number of faculty and close friends, knowing about her true identity.
According to the report, Mingze, who has been described as "a bookworm, very quiet and studious", kept to herself most of the time and avoided the partying lifestyle of some other offspring of Chinese leaders. She was also protected from press attention and was always accompanied by bodyguards who guarded her sorority house 24 hours. The report also accompanied an image of her obtained from Facebook. The report contained a significant amount of detail about her secluded lifestyle and interest in political studies, which included attending a discussion about the political tumult convulsing China's Communist Party. Her father finally became the 7th President of the People's Republic of China in March 2013, following which she made her first public appearance with her family in February 2015.
You May Like

Who Is The Most Popular BTS Member?
Continue Reading Below
Controversies & Scandals
Due to her father's position, Xi Mingze was hailed as the 'new princess' of China by international news outlets after the news of her secret Harvard education was published. Soon after its publication, the article ended up appearing on the Chinese social network Weibo, on which it was shared widely by Chinese citizens before being taken down from the app by the watchful Chinese government. Apparently, it had avoided detection for longer than usual because it primarily contained image rather than text.
The news also raised the question how her father, who had an officially recorded ministerial salary of less than $13,000 a year, could afford to pay for her education in the United States. Interestingly, the Chinese elites were keen to avoid such questions, while the international media outlets continued to speculate. According to another report, published months before Xi Jinping assumed office, the incoming president's family had built an enormous empire "of hundreds of millions". While no assets were traced to Xi himself, his wife or daughter, most of the assets were owned by his siblings and their respective families.
Personal Life
Xi Mingze was born on June 27, 1992 in Funian, Sichuan province, to Xi Jinping and Peng Liyuan. Her father is currently serving as the General Secretary of the Communist Party of China, the President of the People's Republic of China, and the Chairman of the Central Military Commission. Her mother is a celebrated folk singer. She attended Hangzhou Foreign Language School from 2006 to 2008 and learned French, among other subjects. She enrolled into Zhejiang University and spent about a year for her undergraduate studies. In 2010, she was sent to Harvard University, Massachusetts, under a pseudonym, to study psychology and English. She completed her graduation in May 2014 and subsequently returned to China. Currently, she lives in Beijing.
You May Like 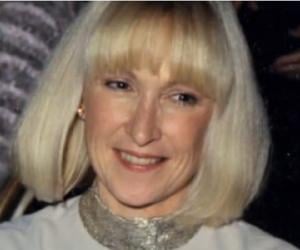