(American Child Prodigy Who Had Exceptional Mathematical and Linguistic Skills)

William James Sidis was an American child prodigy with exceptional mathematical and linguistic skills who is known for his 1920 book The Animate and the Inanimate, in which he speculates about the origin of life in the context of thermodynamics. His parents, who wanted him to be gifted, raised him in a particular manner to nurture in him a precocious love of knowledge. He became a polyglot like his father and was the youngest person to enroll at Harvard University at 11. Upon graduation at 16, he taught mathematics, but was deterred by the negative media publicity he received and his treatment by students older than him. He was active in politics in his youth and fought against interference into public life, by individuals or governments. He eventually became a social recluse and shunned mathematics altogether, preferring to “operate an adding machine”. Even though his mother and sister often exaggerated about his achievements, he received praise for his intellect from contemporaries like Norbert Wiener, Daniel Frost Comstock and William James. Edmund Hillary
DID WE MISS SOMEONE?
CLICK HERE AND TELL US
WE'LL MAKE SURE
THEY'RE HERE A.S.A.P
Quick Facts

William James Sidis was born on April 1, 1898 in Manhattan, New York City to Boris Sidis, a psychologist, physician, psychiatrist, and philosopher of education, and Sarah Mandelbaum, a Boston University School of Medicine graduate. Both his parents were Jewish emigrants from Ukraine; while Boris had emigrated in 1887 to escape political and anti-semitic persecution, Sarah’s family had fled the pogroms in the late 1880s.

He was named after his godfather and American philosopher, historian and psychologist William James, who was also his father’s friend and colleague, as well as teacher at Harvard. Both Boris and his wife, who gave up her own medical ambitions to raise her children, believed in nurturing a precocious and fearless love of knowledge, although their method of parenting has been widely criticized.

According to reports, Sidis could read The New York Times at 18 months old, learned to use the typewriter at four years, and composed a text book on anatomy at five. At six years, he taught himself languages like German, French, Latin, and Russian in Grammar School, and had learned up to eight languages, including German, Hebrew, Turkish, and Armenian, by the time he was eight.

Also at eight, he wrote the Book of Vendergood in which he created the Vendergood language that was mostly based on Latin and Greek, but also drew on German, French and other Romance languages. Although he got accepted into Harvard University at the age of nine, the university wanted him to wait until 11, at which age he was the youngest to enroll at Harvard in 1909.

At Harvard, he was the brightest among a group of prodigies that included Norbert Wiener, considered the father of cybernetics, and composer Roger Sessions. He had such mastery of higher mathematics that he attracted nationwide attention in early 1910 by delivering a lecture on four-dimensional bodies.

Despite enrolling at Harvard Graduate School of Arts and Sciences, William James Sidis left Harvard after being physically threatened by a group of students, following which his parents secured him a job. At 17, he joined as a mathematics teaching assistant at the William Marsh Rice Institute for the Advancement of Letters, Science, and Art (now Rice University) in Houston, Texas, and began working towards his doctorate.

He taught three classes at the institute, including Euclidean geometry, non-Euclidean geometry, and freshman math, and also wrote a textbook for the Euclidean geometry course in Greek. Within a year, he became frustrated with the department, his teaching requirements, and his treatment by students older than himself, and decided to return to New England, but claimed that he was asked to go.

He also abandoned his pursuit of a graduate degree in mathematics and instead enrolled at the Harvard Law School in September 1916, although he withdrew in good standing in his final year in March 1919. Shortly after, he was arrested for participating in a socialist May Day parade in Boston that turned violent and was sentenced to 18 months in prison under the Sedition Act of 1918.

During the trial, he described himself as a conscientious objector to the World War I draft, and a socialist, who did not believe in a god like the "big boss of the Christians". His father arranged with the district attorney to keep him out of prison before his appeal came to trial and instead kept him in their sanatorium in New Hampshire and set about "reforming" him.

Upon release in 1921, he became estranged from his parents and returned to the East Coast determined to live an independent and private life, often taking menial book-keeping jobs under various aliases. He was concerned for arrest for years until being cleared legally to return to Massachusetts, and apart from self-publishing periodicals, taught his version of American history to interested friends.

The Animate and the Inanimate (1925), one of his books not published under a pseudonym, predicted the existence of regions of space with reversed laws of physics that would not generate light. While it was mostly ignored upon release, after discovering it in an attic in 1979, his classmate Buckminster Fuller praised the book for clearly predicting the black hole.

In 1933, he passed a Civil Service exam in New York with a low ranking score of 254, even though his sister, Helena “Bessie” Sidis, later falsely stated that 254 was instead his IQ score. In 1930, he received patent for a rotary perpetual calendar that took into account leap years, and in 1935, wrote the unpublished manuscript, The Tribes and the States, tracing Native American contributions to American democracy.

His secretive life away from media attention was disrupted in 1937 when The New Yorker published an article exposing his lonely life in a "hall bedroom in Boston's shabby South End". This prompted him to come out publicly and sue the magazine, and despite initial setbacks in lower courts, he won a settlement from the publication in 1944.

Upon graduation, William James Sidis had told a reporter from the Boston Herald that he vowed to remain celibate and never to marry because women did not appeal to him. However, during his incarceration in Roxbury Police Station, he had developed a strong affection for Martha Foley, a fellow prisoner in a nearby cell.

He lived his final years in obscurity and published several books under pseudonyms until he was found dead from a cerebral hemorrhage in a small apartment in Boston on 17 July 1944, at the age of 46. A picture of Foley was found in his clothes, even though she had long since married someone else.

William James Sidis, who obsessively collected streetcar transfers, coined the term "peridromophile", to describe people fascinated with transportation research and streetcar systems. Under the pseudonym of "Frank Folupa", he wrote a treatise on streetcar transfers that identified means of increasing public transport usage. 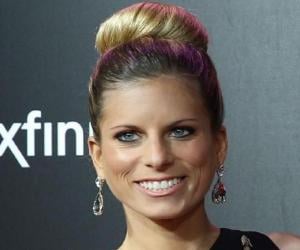 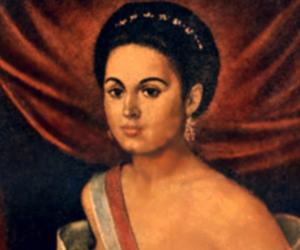