Wentworth Earl Miller III is a British-American actor and screenwriter who achieved recognition for his starring role in the TV series ‘Prison Break.’ A strikingly handsome and refined actor, he was born to American parents in Great Britain and developed a particular interest in acting from a young age. Soon after his birth, the family moved to Brooklyn where he attended high school and then went on to earn a bachelor’s degree in English literature from the ‘Princeton University.’ Following his graduation, he moved to Los Angeles and held an assistant’s job at a film production company. Gradually, he realized his own desire to act and started attending auditions for roles in movies and television. He made his small-screen debut in a one-episode role in the hit TV series ‘Buffy the Vampire Slayer’ and then landed minor roles in ‘Time of Your Life’ and ‘ER.’ He landed his first starring role in the 2003 movie ‘The Human Stain’ where he portrayed the younger version of Anthony Hopkins’ character and delivered some of the most effective scenes in the film. Two years later, he landed the role of ‘Michael Scofield’ in Fox network's TV series ‘Prison Break’ which proved to be the most important work of his career. Following his big break, he went on to play several film and television roles, and also debuted as a screenwriter. He came out as gay in 2013. Christian Bale
2nd June In History
DID WE MISS SOMEONE?
CLICK HERE AND TELL US
WE'LL MAKE SURE
THEY'RE HERE A.S.A.P
Quick Facts

He was inclined towards acting from a young age and appeared in several school productions. Yet he was unsure of pursuing an acting career as a youngster.

He received his early education from ‘Midwood High School,’ Brooklyn, where he was a member of ‘SING!,’ an annual musical production started by ‘Midwood.’ In 1990, he finished high school from ‘Quaker Valley High School,’ Pennsylvania.

In 1995, he graduated with a bachelor's degree in English literature from the reputed ‘Princeton University.’ While at college, he performed with the collegiate a cappella group ‘Princeton Tigertones.’ 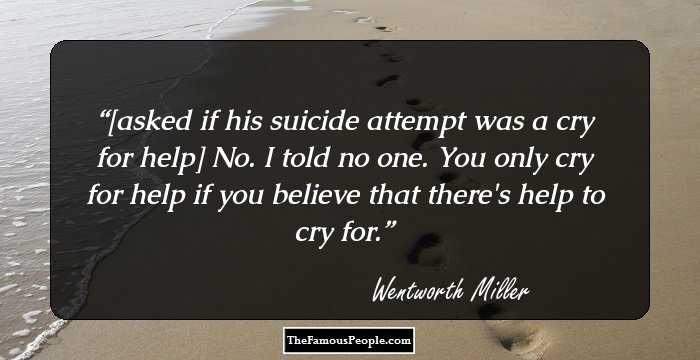 Quotes: You, Believe, I
Continue Reading Below
Career

In 1995, he moved to Los Angeles to pursue a career in acting and entered the entertainment industry as a lowly assistant for a production company.

While working at the production company, he started auditioning for various roles in films and television. In 1998, he made his first appearance in an episode of ‘Buffy the Vampire Slayer.’

He landed his first starring role in the ABC miniseries ‘Dinotopia’ (2002) where he played the sensitive and introverted ‘David Scott.’

In 2003, he got a major breakthrough when he was cast to play the younger version of Anthony Hopkins’ character in the movie ‘The Human Stain.’

He also featured in a minor role in the 2003 movie ‘Underworld.’ He then took a break to reevaluate his life and career, and thus did not appear in any project in 2004.

In 2005, he made a comeback by appearing in the music video for Mariah Carey's ‘We Belong Together.’ The same year, he appeared in a couple of episodes of the CBS drama series ‘Joan of Arcadia.’ He also voiced ‘EDI,’ the onboard computer of a runaway aerial combat plane, in the big-budget film ‘Stealth.’

In 2005, Miller landed the role of ‘Michael Scofield’ in the Fox series ‘Prison Break.’ The series saw him playing a structural engineer who devises a plan for a breakout. He received much appreciation for his performance, and the show was praised for its suspense. ‘Prison Break’ ran for four seasons till 2009. 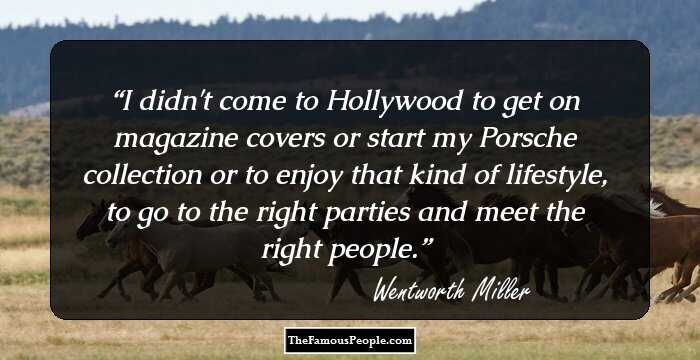 In the 2005 television series ‘Prison Break,’ Miller landed the role of ‘Michael Scofield,’ a structural engineer who conceives a daring breakout plan to help his innocent brother escape death penalty. The role earned him rave reviews from critics and audience for his compelling performance. The series was initially aired for four seasons before it was revived by Fox network in 2017 for a fifth season.

For his role in the 2003 drama film ‘The Human Stain,’ he was nominated for the ‘Black Reel Award’ under the ‘Best Actor’ and ‘Best Breakthrough Performance’ categories.

In 2006, he received a ‘Golden Globe’ nomination under the ‘Best Performance by an Actor in a TV Series – Drama’ category for his role in the Fox series ‘Prison Break.’ He was also nominated for ‘Saturn Award’ and ‘Teen Choice Award.’ 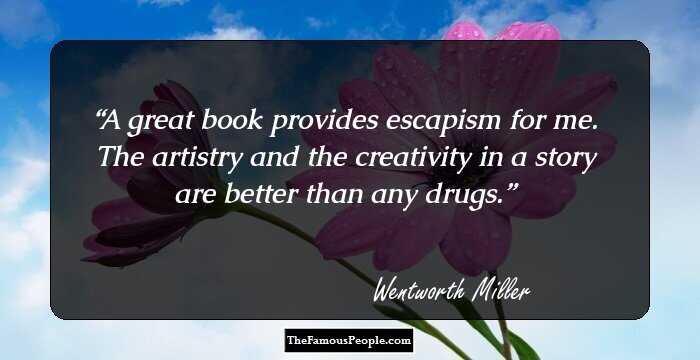 Although he denied being gay in 2007, he came out in 2013. He also shared the unpleasant experiences of his multiple suicide attempts as a teenager before he finally accepted his sexual orientation.

He declined an invitation to participate in the 'Saint Petersburg International Film Festival' as he was not happy with the Russian government's treatment of its gay citizens.

The actor, who has also struggled with depression during his childhood days, is now an ambassador for the ‘Active Minds’ organization. ‘Active Minds’ is a non-profit association that aims at raising awareness about mental health.

Quotes By Wentworth Miller | Quote Of The Day | Top 100 Quotes

See the events in life of Wentworth Miller in Chronological Order