Wayne Dyer was an American self-help author and motivational speaker. He was considered the ‘Father of the modern self-help movement’ or the ‘Father of motivation’. Most of his childhood was spent in orphanages and foster homes and it was also the driving force that inspired him to move ahead in life. He drew heavily from his life experiences. He started his career as a guidance counsellor after receiving his D.Ed. degree in Counselling from Wayne State University. He published journals and set up a private therapy practise. His motivational speeches drew a large number of students to him, and encouraged him to put his thoughts in writing. The outcome was his first book, ‘Your Erroneous Zones’. Thereafter, he took to promoting his book with full vigour, making bookstore appearances and giving media interviews. He released audio tapes of his motivational speeches and made television appearances in talk shows. He denounced dwelling in guilt and emphasised on self-actualization and self-reliance. He did not talk about spirituality until much later in his career. He propagated the idea of being Christ-like or Buddha-like, instead of being a Christian or a Buddhist. He married thrice and had eight children. Alton Brown
DID WE MISS SOMEONE?
CLICK HERE AND TELL US
WE'LL MAKE SURE
THEY'RE HERE A.S.A.P
Quick Facts

American Celebrities
University Of Michigan
Male Writers
Taurus Writers
American Writers
Childhood & Early Life
Wayne Dyer was born on May 10, 1940, in Detroit, Michigan, to Melvin Lyle and Hazel Irene Dyer. He spent much of his childhood in an orphanage in Detroit. He graduated from Denby High School.
In 1958, he joined the United States Navy and worked there for four years. He later earned his D.Ed. degree in Counselling from Wayne State University.
Continue Reading Below
Career
Wayne Dyer started his career as a high school Guidance Counsellor in Detroit and as a professor of counsellor education at St. John’s University in New York City.
While working as a professor, he started publishing his works in journals and also began his private therapy practice. Most of his lectures and preaching centred on positive thinking and motivational speaking techniques which became extremely popular with the student community at St. John’s.
He was asked to document his theories. The outcome was his first book, ‘Your Erroneous Zones’, published in 1976. With tenacious determination, he began a publicity tour after quitting his teaching job.
Bookstore appearances and media interviews made him a popular figure and he was invited to television talk shows including ‘The Today Show’, ‘The Tonight Show’ and ‘The Oprah Winfrey Show’.
He built on the success of his book with lecture tours. He released a series of audiotapes with motivational speeches and thoughts. He continued writing and released more books.
A self-made man, he would often quote from experiences in his life that added to his appeal. He emphasised on self-actualization and self-reliance.
He deplored the focus on guilt and considered it as dwelling in the past while forgetting to live in the present. He showed how people, parents and even students go on guilt trips.
In his 1992 book, ‘Real Magic’, he spoke about spirituality, something that he had resisted from entering into hitherto. In his book, ‘Your Scared Self’, he spoke about higher consciousness.
In the book, ‘Change Your Thoughts - Change Your Life: Living the Wisdom of the Tao’, published in 2007, he interpreted the wisdom of Lao Tzu and tried to validate it in modern context.
Continue Reading Below
In his book, ‘Excuses Begone! How To Change Lifelong, Self-Defeating Thinking Habits’ published in 2009, he offered an impeccable seven step solution that makes the limiting factors disappear, leading to dramatic results.
His book ‘Applying the Wisdom of the Ages’ gives us an insight into the search for answers to questions that all of us encounter in the course of our lives.
‘You’ll See It When You Believe It’, ‘The Sky’s the Limit’ and ‘Pulling Your Own Strings’ are some of the books for which he also released audio tapes.
In 2010, he was accused of plagiarism by author Stephen Mitchell and a suit was filed against him. He had purportedly stolen 200 lines from Mitchell’s interpretation of ‘Tao Te Ching’.
Major Works
Wayne Dyer’s 1976 book, ‘Your Erroneous Zones’ is one of the bestselling books of all time. It was a path breaking book and sold over 35 million copies.
He published more than 30 self-help books, some of the most popular ones being ‘Manifest Your Destiny’, ‘Wisdom of the Ages’, ‘Change Your Thoughts, Change Your Life’, ‘Excuses Begone!’, and ‘Wishes Fulfilled’.
Awards & Achievements
He was inducted into the International Speakers Hall of Fame.
He was awarded the prestigious Golden Gavel Award from Toastmasters International, in 1987. The award is given to individuals distinguished in the fields of communication and leadership.
Personal Life & Legacy
Wayne Dyer was thrice married. His first wife was Judy with whom he had a daughter. His second wife was Susan Casselman. They did not have any children.
His third wife was Marcelene with whom he had five children. She already had two children from a previous marriage. They separated in 2003.
He died from a heart attack on August 29, 2015, at age 75, in Maui, Hawaii
Trivia
This motivational self-help author has acted in a spiritual movie called ‘The Shift’, which is about discovering the purpose of life. The movie also stars Portia de Rossi and Michael DeLuise.

See the events in life of Wayne Dyer in Chronological Order 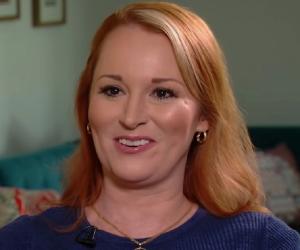