Wayne Brady is a popular American actor, comedian, singer, and TV personality. Best known for his work in the improvisational comedy show 'Whose Line Is It Anyway?', he has acted in a few films as well such as 'Going to the Mat' and 'Stuart Little 3: Call of the Wild'. Brady started acting in community theater at the age of sixteen. After completing his studies, he moved to Los Angeles from Florida. Soon, he started appearing in the comedy show 'Whose Line Is It Anyway?', for which he earned much popularity and appreciation. His performance won him an Emmy Award as well. He then proceeded to play important as well as minor roles in several TV shows. He appeared in an important role in the comedy TV series 'How I Met Your Mother' playing the role of James Stinson. He has also played guest roles in shows such as 'Robot Chicken!' and 'American Dad'. He did voice role in the animated TV series 'The Loud House'. The show became a hit and also won multiple awards. As a socially conscious citizen, he is involved with the Ronald McDonald House Charities, a nonprofit organization whose mission is to promote well being of children. 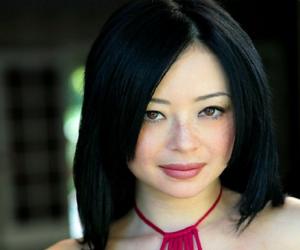 Wayne Alphonso Brady was born on June 2, 1972, in Columbus, Georgia to Wayne Brady and Lindamarie. He was raised by his grandmother Valerie Peterson. He is a second cousin of the American footballer Jozy Altidore.

Brady began performing in community theater from an early age. He studied at Dr. Philips High School in Orlando and later at the University of Miami. In 1996, he moved to Los Angeles to further develop his acting skills.
Continue Reading Below
You May Like

Who Is The Most Popular BTS Member?
Career in TV & Films

Wayne Brady began his career as a performer in the British version of the comedy show 'Whose Line Is It Anyway?' Later he starred in the American version for which he earned considerable popularity. He won the Emmy Award in 2003, for his outstanding work in the show.

In 2000, he played a guest role in the popular animated series 'Batman Beyond'. His fame increased after he started hosting his own variety TV show 'The Wayne Brady Show' in 2001. It was a huge success and won four Emmy Awards.
He made his film debut voicing the lead role of the main character in the TV movie 'The Electric Piper' in 2003. It was directed by Raymie Muzquiz. The following year, he voiced a main character in the TV movie 'Clifford's Really Big Movie' as well as played a role in the film 'Going to the Mat'.
In 2005, he voiced one of the main characters in the animated film 'Stuart Little 3: Call of the Wild'. It was the third film of the popular Stuart Little trilogy. He also appeared in guest roles and recurring roles in shows such as 'Everybody Hates Chris', 'Robot Chicken' and 'How I Met Your Mother'.
He hosted the show 'Don't Forget the Lyrics' from 2007 to 2009. Since 2009, he has been hosting the game show 'Let's Make a Deal'. He was also a guest judge in the show 'So You Think You Can Dance' in 2013 and 2014. In 2013, he made an appearance on the big screen with a role in the drama film '1982'.
Brady has been voicing one of the main characters in the animated series 'Sofia the First' which started airing in 2013. Since 2016, he has also been playing a voice role in the animated series 'The Loud House'.
Singing Career
Wayne Brady released his debut studio album ‘A Long Time Coming’ in September 2008. The album did well commercially, and peaked at the 157th position on the US Billboard 200. It contained tracks, such as ‘Ordinary’, ‘Can’t Buy Me Love’, ‘Make Heaven Well’, and ‘A Change is Gonna Come’. It received mostly positive reviews.
In April 2011, he released a children’s album named ‘Radio Wayne’. It contained tracks such as ‘The High-Low’, ‘Talk to the Animals’ and ‘Greedy Gus’. It was met with positive reviews. He has also released a few singles including ‘Unsung Heroes’.
Major Works
Wayne Brady played an important voice role in the 2005 animated film ‘Stuart Little 3’. Directed by Audu Paden, the film was the third installment of the Stuart Little franchise. However, unlike the prequels, this film was entirely animated. The story revolved around Stuart, who goes camping with his family. However after his friend Snowbell gets captured, he goes on another adventure to save him.
Continue Reading Below
Since 2009, Brady has been hosting the popular game show ‘Let’s Make a Deal’. The series, which originated in the 1960s, is a very popular one. He has proved to be a much beloved host, presenting the show in his own unique and charming way.
He voices one of the main characters in ‘Sofia the First’ an American animated TV series that has been running since 2013. The series is about the story of Sofia, who becomes a princess when her mother marries King Roland II. She also later develops the ability to talk to animals.
Awards & Achievements
Wayne Brady won his first Emmy Award for ‘Outstanding Individual Performance’ for his work in the show ‘Whose Line Is It Anyway?’ in 2003.
He won his second and third Emmy Awards, for ‘Outstanding Talk Show’ host for his work in ‘The Wayne Brady Show’ in 2003 and 2004.
He won his fourth Emmy for ‘Outstanding Original Song’ for the song "30,000 Reasons to Love Me" in 2014.
He also earned a nomination for the Grammy Award for the song ‘A Change is Gonna Come’.
Personal Life

He supports the ‘Ronald McDonald House Charities’, a non-profit organization for children.

He used to stutter and also suffered from severe anxiety as a child as a result of being bullied. He stated in 2014, that he suffers from clinical depression. He added that he suffered a mental breakdown on his 42nd birthday.

See the events in life of Wayne Brady in Chronological Order