Vanessa Anne Hudgens is an American actor and singer, best known for playing ‘Gabriella Montez’ in the popular 'High School Musical' trilogy. Most of her childhood was spent traveling, which made it difficult for her to receive standard education at school. Her grandparents were musicians and inspired her to sing and perform in musical theatres from a very young age. After a couple of years of experience, she began giving auditions for commercials and TV shows. Since she had prior experience of shooting for commercials and shows, it wasn't very difficult for her to showcase her skills in films and albums. In her career so far, she has starred in many movies alongside some of the major stars of the industry. For a brief period, she took a break from professional singing to focus on her acting career. Later on, she announced that she would be recording new songs and albums. Vanessa actively participates in many charitable activities around the world. Like many other young and rich celebrities, she's had her share of controversies. American People
Pop Singers
American Women
California Actresses
Women Singers
Childhood & Early Life
Vanessa Hudgens was born Vanessa Anne Hudgens on December 14, 1988, in Salinas, California, USA. Her father Gregory was a fire-fighter and her mother Gina shifted from one job to another to support the family. Her mother was a native of Manila, Philippines, and her father was of Irish and Native American descent.
She has a younger sister named Stella, who is also an actor. Their parents raised them as Roman Catholics, and the girls attended ‘Orange County High School of the Arts’ until seventh grade.
She started singing in local plays when she was eight. After a couple of years of experience, she gave auditions for several TV commercials. The family moved to Los Angeles when she got selected for one of the TV commercials. Hudgens and her sister were home-schooled after moving to Los Angeles. 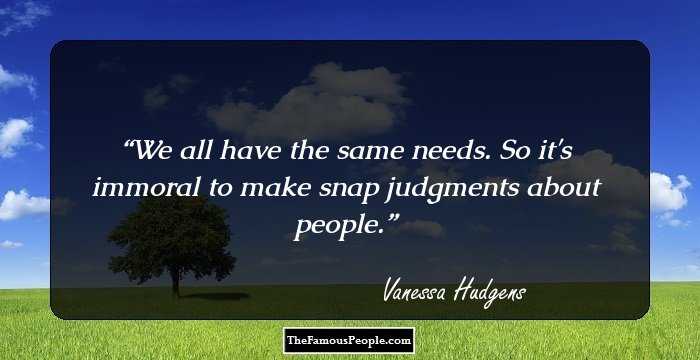 Continue Reading Below
Career
In 2002, Vanessa made her TV debut, appearing briefly on the ‘CBS’ sitcom 'Still Standing.' This was followed by another brief appearance in 'Robbery Homicide Division.'
In 2003, she made her film debut with the movie 'Thirteen.' The movie received positive reviews. In 2004, her second movie 'Thunderbirds' was released. The movie, however, failed to make an impact at the box office.
The movie 'High School Musical' came out in 2006, and made Vanessa, Zac Efron, and Ashley Tisdale famous. It was the second most-watched movie in the US and UK that year. Even its soundtrack peaked at number one on the ‘Billboard Hot 200’ list.
Vanessa signed a contract with ‘Hollywood Records.’ On September 26, 2006, she released her debut album titled 'V.'
In 2007, her film 'High School Musical 2' was released, and it was an even bigger hit than its prequel. It won the 'So Hot Right Now' award at the ‘Nickelodeon Australian Kids’ Choice Awards.’
On July 1, 2008, she released her second album titled 'Identified' which failed commercially. After this, Vanessa parted ways with ‘Hollywood Records.’
The film 'High School Musical 3' came out on October 24, 2008. It was a huge hit and debuted at number one in the US. After the movie’s release, Vanessa took a break from professional singing to focus on her acting career.
Her next movie 'Bandslam' received mediocre ratings, but the critics praised her performance. She returned to theater productions through a musical titled 'Rent,' which was directed by Neil Patrick Harris.
On March 4, 2011, her film 'Beastly' was released. The movie also starred Alex Pettyfer and Mary-Kate Olsen. The movie failed to receive positive reviews from critics.
Continue Reading Below
On March 25, 2011, the film 'Sucker Punch' came out. Its DVD and Blu-ray version was released on June 28 with 18 extra minutes of animated scenes.
In 2012, Vanessa's next movie 'Journey 2: The Mysterious Island' was released. The film also starred Dwayne Johnson and Josh Hutcherson, and received mixed reviews.
On March 22, 2013, her film 'Spring Breakers' was released in the USA. In this movie, Vanessa shared the screen with actors like Selena Gomez, James Franco, and Ashley Benson. The movie was based on drug use, sexual escapades, and violence amongst teenagers.
The film 'The Frozen Ground' was released on August 23, 2013 in the USA. In the movie, Vanessa worked with the likes of Nicholas Cage and John Cusack. She also acted in movies, such as 'Machete Kills' and 'Gimme Shelter,' which were also released in 2013.
In 2017, she was seen in ‘NBC’ network’s short-lived comedy ‘Powerless.’ She also served as a judge on the 14th season of ‘So You Think You Can Dance.’ In 2018, she acted in the movie ‘Princess Switch.’ 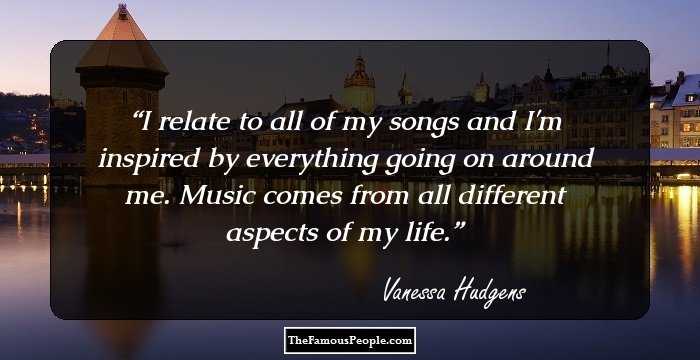 Awards & Achievements
In 2006, she won the ‘Teen Choice Award’ under the 'Choice Music: Breakout Artist – Female' category.
In 2010, she won the ‘ShoWest Female Star of Tomorrow Award.’
Personal Life & Legacy
Vanessa started dating Zac Efron in 2005. The relationship lasted for five years. She then started dating Austin Butler in 2011.
In 2007, Brian Schall sued her for an alleged 'breach of contract.' He claimed that Vanessa owed him $150,000. She retorted by saying that she couldn't have signed the contract as she was still a minor at the time (October 2005) when the contract was claimed to have been signed.
On September 6, 2007, several pictures of Vanessa were released on the internet. Subsequently, a major controversy engulfed her as she was nude in some of the pictures. A similar incident happened again in August 2009. 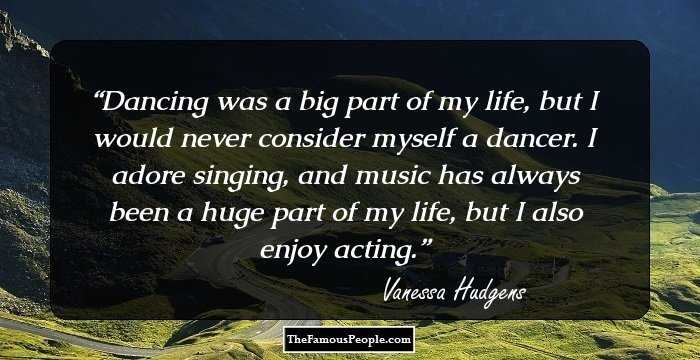 Quotes By Vanessa Hudgens | Quote Of The Day | Top 100 Quotes

See the events in life of Vanessa Hudgens in Chronological Order 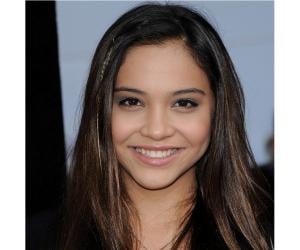