Ellen Tyne Daly is an American stage and screen actress best known for her role in the TV series ‘Cagney & Lacey’. She has had a successful career on the stage as well as on the big and the small screen. The recipient of six Emmy Awards and a Tony Award, she made her Broadway debut in ‘That Summer, That Fall’ in 1967. She is best recognized for her role as Detective Mary Beth Lacey in the television series ‘Cagney & Lacey’, which she played for six years. Later, she reprised the role in four TV movies. Her roles in the television series ‘Christy’ and ‘Judging Amy’ were applauded and she won awards for them. In a career spanning over six decades, she was seen in several big screen projects like ‘John and Mary’, ‘Angel Unchained’ and ‘Basmati Blues’. Her performance in the plays ‘The Seagull’, ‘Rabbit Hole’ and ‘Master Class’ were critically acclaimed. After decades, she returned to the stage in the Broadway play ‘Gypsy’ and won the Tony Award for Best Actress in a Musical. The versatile actress performed a cabaret act, ‘Second Time Around’, in 2010 at Loews Regency, New York City. She was inducted in the American Theatre Hall of Fame in 2011. 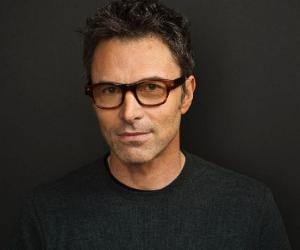 Lily-Rose Depp
Actresses #928
Film & Theater Personalities #2152
DID WE MISS SOMEONE?
CLICK HERE AND TELL US
WE'LL MAKE SURE
THEY'RE HERE A.S.A.P
Quick Facts

American People
Wisconsin Actresses
Brandeis University
Pisces Actresses
American Actresses
Childhood & Early Life
Ellen Tyne Daly was born on February 21, 1946, in Madison, Wisconsin, the USA, and raised in Westchester County, New York. Her father James Daly and mother Mary Hope were both actors. Her younger brother Tim Daly is also an actor. Her sisters are Mary Glynn and Pegeen Michael.
As a child, she performed in summer stock with her parents. In 1954, she appeared in one episode of the TV series ‘Foreign Intrigue’. She was featured in the series ‘Medical Center’ with her father, James Daly, where she played his daughter.
At the age of 15, she obtained her Equity Card—the membership card for the Actors' Equity Association of the United States.
She attended Rockland Community College and Brandeis University, but dropped out to pursue acting. She also attended the American Musical and Dramatic Academy.
Continue Reading Below
You May Like

The Sexiest Men Of 2020, Ranked
Career
Tyne Daly debuted in the Broadway play ‘That Summer, That Fall’ in 1967. On the big screen, she played Hillary in her debut film ‘John and Mary’ in 1969. She was praised for some of her early roles, including the ones in ‘Angel Unchained’ in 1970, ‘Play It As It Lays’ in 1972 and ‘The Adulteress’ in 1973.
After working in films and TV series for a few years, she found her breakthrough role in 1982, when she played one of the title characters of Mary Beth Lacey in the police procedural crime series ‘Cagney & Lacey’. Her character had to struggle to maintain a balance between a household and a demanding job in a male-dominated world. The TV show, which aired on the CBS from 1982 to 1988, became the first one to show a pregnant cop as the producers incorporated her real life pregnancy into it.
Broadway producer Barry Brown saw her on the TV variety show ‘Dolly’ in 1988 and was impressed by her performance. He offered her the lead role of Rose in the musical ‘Gypsy’. In 1989, ‘Gypsy’ was performed in 14 cities in the US and was eventually presented on the Broadway in November 1989.
In 1991, she played a guest role on her brother Tim's television series ‘Wings’, which was followed by her portrayal of Madame Arkadina in the Broadway play ‘The Seagull’ in 1992.
She reprised her character of Mary Beth Lacey in four TV movies—‘Cagney & Lacey: The Return’ in 1994, followed by ‘Cagney & Lacey: Together Again’ and ‘Cagney & Lacey: The View Through the Glass Ceiling’, both in 1995, and ‘Cagney & Lacey: True Convictions’ in 1996.
From 1999-2005, she played Maxine Gray in the CBS series ‘Judging Amy’, where she portrayed a social worker and mother of the title character.
In 2008, she was featured in Edward Albee's play ‘Me, Myself & I’ at the McCarter Theatre, New Jersey. The following year, she appeared in the play ‘Love, Loss, and What I Wore’, written by Nora and Delia Ephron. She played the role of Judy Steinberg in the musical ‘It Shoulda Been You’, at the George Street Playhouse, New Jersey, in 2011. It was later presented on Broadway in 2015.
She was featured as Maria Callas in the play ‘Master Class’ in 2011. The following year, she reprised her role in the West End production of ‘Master Class’ at Vaudeville Theatre.
In 2014, she was seen in one episode of the TV drama ‘Modern Family’. She appeared in the series ‘Looking: The Movie’ in 2016.
In 2017, she was featured in two films— ‘Spider-Man: Homecoming’ and the romantic comedy musical ‘Basmati Blues’, wherein she played Evelyn. In 2018, she will be featured in the TV series ‘The Ballad of Buster Scruggs’, written, directed, and produced by the Coen brothers.
Major Works
In 1976, Tyne Daly played Kate Moore in the Dirty Harry film ‘The Enforcer’, which was a box office success. Critics praised her performance as a strong female character.
Her performance in ‘Cagney & Lacey’ was the biggest achievement in her career. For this role, she earned several awards and nominations. She appeared in the series for all seven seasons. She played the role of a New York City police detective, who was married and also a mother.
Her portrayal of the mother of Cynthia Nixon in the Broadway play ‘Rabbit Hole’ in 2006 received good reviews from the critics. She was also nominated for a Tony Award for her performance in the play.
Personal Life
Tyne Daly married African-American actor Georg Stanford Brown in 1966, at a time when interracial marriages were still illegal in many parts of the US. They have three daughters—Alyxandra Brown, Alisabeth Brown, and Kathryne Dora Brown, who is an actress as well. Daly and Brown divorced in 1990.
She has co-starred with her daughter Kathryne Dora Brown several times. They acted together in ‘Judging Amy’, the TV movie ‘The Wedding Dress’, as well as several stage productions.

See the events in life of Tyne Daly in Chronological Order