Advanced Search
Trinidad Cardona is an American R&B singer and social media personality. He gained fame after his song ‘Jennifer’ went viral. A native of Arizona, Cardona had an unconventional childhood. Even though his father was in prison, his lesbian mothers provided him with a happy household where he could flourish and pursue whatever he wished. However, he was constantly bullied at school because of the sexual orientation of his parents. He had harboured a deep love for music since he was a child and later started singing and posting his tracks online. In early 2017, he uploaded ‘Jennifer’ on Facebook and within a few hours, it garnered several million views. He has since put out several other singles and has plans to be a professional musician. Cardona has become incredibly popular on various platforms of social media. He has about seven thousand followers on Twitter, 157 thousand followers on Instagram, and 231 thousand followers on Facebook. Furthermore, he has 353 thousand subscribers on his self-titled YouTube channel. Zhavia Vercetti
DID WE MISS SOMEONE?
CLICK HERE AND TELL US
WE'LL MAKE SURE
THEY'RE HERE A.S.A.P
Quick Facts

American People
Male Singers
Gemini Singers
American Singers
American Rhythm & Blues Singers
Rise to Fame
Trinidad Cardona began to take music seriously when he was 16 years old. He started composing tracks and singing them, creating a moderate buzz in his hometown. It originally started off as an escape from boredom. He realised his records were not bad as people listened to them. In time, he fell in love with the creative process of writing verses and adding music to them. About two months prior to the release of ‘Jennifer’, Cardona had become quite popular on the internet, and for the first time in his life, he considered music as a career. One of the first tracks he put out was ‘Summer Love’, in 2016.
Later, a video of him singing an “a cappella” rendition of the hook of ‘Jennifer’ was posted online. The video garnered instant popularity and requests started to pour in from fans to complete the track. The original recording of the song happened by chance. One day, he and his friends were goofing around in a bathroom and they recorded him singing and then posted it online.
Cardona posted the full track on Facebook in early 2017. When he woke up the next morning, he found that the video had garnered over seven million views overnight! In the next few days, the number of views and shares only grew exponentially. Many celebrity musicians, such as Gucci Mane, Ludacris, and Kelly Rowland, shared the track on their Facebook pages.
Subsequently, Cardona put out his debut extended play ‘Jennifer EP’. Besides the title track, there are two more songs, ‘Ready’ and ‘You Are Mine’. Cardona has since released ‘Dinero’, Even If’, and ‘Call Me Back’. He is currently signed to Island Records.
Recommended Lists:

Gemini Men
Continue Reading Below
Personal Life
Trinidad Cardona was born on May 23, 1999, in Phoenix, Arizona. His father went to prison when he was young and he was raised by his mother and her wife. Cardona is black and Mexican while his mother’s wife is Puerto Rican. Exposed to a multi-cultural and liberal upbringing, he found his passion in music. He was bullied at school because his mothers were lesbians. He was often thrown out of his friends’ houses because of his afro. However, Cardona is quite positive about life. He believes that prejudice and bigotry will go away when people become adjusted to new concepts and social norms. In 2017, he graduated from high school.
Cardona was initially surprised when his music was compared to the 1990s’ R&B as he had never listened to it before. He was accustomed to the modern R&B. He listened to dancehall music, Vybz Kartel, Tommy Lee, and Popcaan. He then moved on to Michael Jackson. Currently, he is more interested in listening to the likes of Grover Washington, Jr. and Jerry Bergonzi. 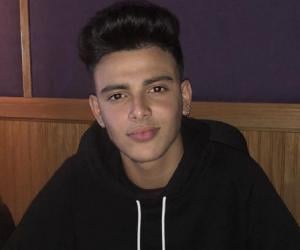 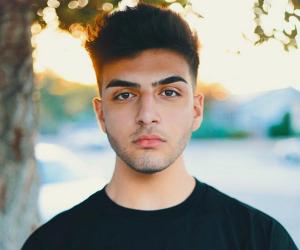 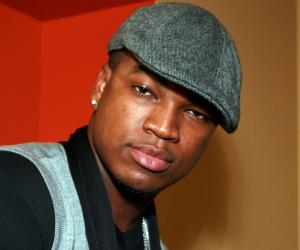