Trevor Engelson is an American film and television producer, best known for producing the romantic drama film, ‘Remember Me,’ starring Robert Pattinson, Emilie de Ravin, Chris Cooper, Lena Olin and Pierce Brosnan. He is also famous for producing the Robin Williams starrer ‘License to Wed.’ Along with being the producer of some well-known Hollywood movies, Engelson has also achieved considerable success producing television series in various genres. His upcoming FX original drama series ‘Snowfall,’ which is due to premiere in July 2017, is already creating a stir among the television audience who are eagerly waiting for the crime drama series to start. Apart from being a producer, he also manages the careers of some high-profile celebrities, such as Academy Award-nominated director John Singleton, award-winning novelist Irvine Welsh. As a manager, his clients also include Patrick Melton and Marcus Dunstan, the writers of the SAW franchise and the film ‘PACIFIC RIM.’ Engelson received much media attention when his former wife, the actress Meghan Markle entered into a publicized relationship with Prince Harry of Wales. American People
University Of Southern California
American TV & Movie Producers
American Film & Theater Personalities
Libra Men
Childhood & Early Life
Trevor Engelson was born on 23 October 1976 in Great Neck, New York, USA. Not much is known about the family or early life of this highly private personality who prefers not to reveal too much about his life to the media. After completing his schooling, he went to the prestigious Annenberg School of Communications at the University of Southern California.
You May Like

The Best Black Actresses Of All Time
Continue Reading Below
Career
Following his graduation, he began his career as a production assistant on the Renny Harlin film ‘Deep Blue Sea’ (1999), an American-Australian science fiction horror film starring Saffron Burrows, Thomas Jane, LL Cool J, and Jacqueline McKenzie. Eventually he established himself in the field of film and television production. Alongside being a producer, he also started working as an assistant at the Endeavor Talent Agency where he represented talent clients. Ambitious to take his budding career further, he teamed up with Nick Osborne to start the management and production company ‘Underground’ in the early 2000s.
In 2009, he collaborated with Sandra Bullock and Mary McLaglen to co-produce the comedy film ‘All About Steve,’ which featured actors, such as Sandra Bullock, Thomas Haden Church, and Bradley Cooper. He worked with the popular teen heartthrob Robert Pattinson in the romantic coming of age drama film ‘Remember Me’ in 2010. Engelson has also produced several television shows, including the upcoming FX original drama series ‘Snowfall,’ which is due to premiere in 2017. In addition, he is also thriving in his career as a manager and works with several prominent clients including screenwriters, actors, novelists, and film directors in Los Angeles, CA. The Academy Award-nominated director John Singleton is one of Trevor Engelson’s high-profile clients.
Marriage & Love Life
Trevor Engelson first met American actress, fashion model and spokesmodel Meghan Markle in 2004 and started dating her. After being in a relationship for over six years, the two got married in September 2011 at Jamaica Inn located in Ocho Rios, Jamaica. But the marriage didn’t last long and couple separated just two years later. They were divorced in August 2013. 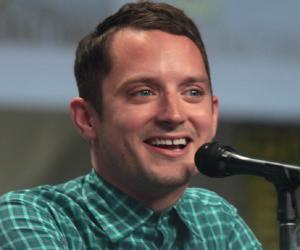