Tre Brooks is a Musical.ly (now known as TikTok) star. This cute youngster knows some nice moves and makes funny faces. He has a distinct panache and style of dancing that makes him very popular with his fans. His big innocent eyes and pouty expressions on his baby face coupled with his graceful moves are charming and easy on the eyes. His hip hop moves and songs bring out the best expressions in him and it’s not only adorable but also quite nimble. Tre Brooks was introduced to social media and the internet entertainment industry at 13 and his snarky yet realistic comments are refreshing. Though he is quite young, he seems pretty mature in his interactions with his fans. 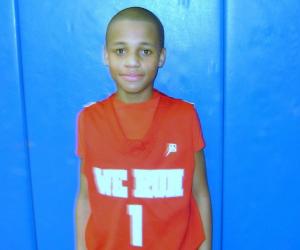 American People
Male Tiktok Stars
Male Social Media Stars
American Musical.ly Stars
American Social Media Stars
The Meteoric Rise To Stardom
Tre Brooks started getting active on social media sometime in mid-2015 and his elegant dance moves and beautiful choice of songs made him a hit with the audience of TikTok app. As of today, he has more than 100,000 fans on his TikTok app and has a couple of Vine accounts which he does not update too frequently. He is active on Instagram and Twitter too, but does not have a Facebook page. He insists that all the Facebook pages in his name are fake. He seems to have quite a few nicknames and as many fake accounts.
Recommended Lists:

The Most Popular US Veterans
Continue Reading Below
What Makes Tre Brooks So Special
He is a cute charismatic boy who knows he is cute and highlights the best of his personality. He is sarcastic and funny on the social media and that’s so realistic and has its own charm.

Beyond Fame
Tre has tried doing vines, but he has not been quite as consistent with that as he is on TikTok. Tre makes combined videos with his brother Jalen and friend Malak, who are both TikTok stars and also create vines. Tre tried his hand at doing vines, but apparently, he is not quite consistent as his last post was sometime in 2015.
Behind The Curtains
Tre has a twin brother, Jalen, with whom he occasionally makes videos, too. The brothers also have an older sister. He is good friends with Malak Watson, who makes vines and has made a vine of Tre as well.