Advanced Search
Thomas Andrew Felton, popularly known as Tom Felton, is a British actor who is known for his role of Draco Malfoy in the Harry Potter film series, in which he started appearing from the age of thirteen. Born in the United Kingdom, Felton started acting from an early age, appearing in several commercials. He made his film debut at the age of ten in the 1997 British American live-action fantasy comedy movie ‘The Borrowers.’ By 2001, he had received worldwide reputation for his portrayal of Draco Malfoy in ‘Harry Potter and the Philosopher’s Stone’. Felton, who had initially auditioned for the roles of Harry Potter and Ron Weasley as well, continued to play Malfoy in all the Harry Potter movies. After his success in the film series, he appeared in a few TV series such as ‘Labyrinth’, ‘Full Circle’, and ‘Murder in the First’. Other movies he has appeared in include ‘The Apparition’, a supernatural horror thriller, in which he appears as Patrick, a college student battling supernatural forces, and ‘Against the Sun’, a survival drama film, in which he plays the role of Tony Pastula, a US Navy Airman. Felton also has an interest in music, and has released a few Extended Plays, such as ‘All I Need’, and ‘Hawaii.’ He has released some singles too, such as ‘Time Isn’t Healing’ and ‘If You Could be Anywhere.’ Thomas Brodie-S...
DID WE MISS SOMEONE?
CLICK HERE AND TELL US
WE'LL MAKE SURE
THEY'RE HERE A.S.A.P
Quick Facts

British People
Virgo Actors
British Actors
Actors Who Are In Their 30s
British Film & Theater Personalities
Childhood & Early Life
Thomas Andrew Felton was born on 22 September 1987, in Epsom, England. His parents are Sharon and Peter Felton. They have four children, Thomas being the youngest one. His older brothers are Ashley, Jonathan and Chris.
He attended West Horsley’s Cranmore School, and later the Howard of Effingham School. Felton used to sing from an early age, and at the age of seven he became part of a choir. He was also a member of four school choirs.
Continue Reading Below
Career
As a young boy Tom Felton began acting in adverts for companies like Commercial Union and Barclaycard. He performed a voice role in ‘Bugs,’ a television series, and soon, made his acting debut in the 1997 film ‘The Borrowers’. Two years later, he appeared in another popular biographical drama ‘Anna and The King’.
His popularity reached an international level after his appearance in ‘Harry Potter and the Philosopher’s Stone’, a 2001 fantasy film, which was based on the popular novel of the same name by JK Rowling. His role as Draco Malfoy, an antagonistic character, was quite appreciated.
He continued to play this role in the next films ‘Harry Potter and the Chamber of Secrets’ (2002), ‘Harry Potter and the Prisoner of Azkaban’ (2004), and ‘Harry Potter and the Goblet of Fire’ (2005). His role earned him a lot of fans, and the Official Tom Felton Fan Club was started in the year 2004.
Meanwhile, he also played a guest appearance in ‘Home Farm Twins’, a children’s TV series, as well as an important role in the 2009 movie ‘The Disappeared’.
He continued appearing in the next films of the Harry Potter film series which included ‘Harry Potter and the Order of the Phoenix’, ‘Harry Potter and the Half Blood Prince’, and the two parts of ‘Harry Potter and the Deathly Hallows’. Felton won a total of five awards for his role in the film series.
In 2011, he appeared in the science fiction film ‘Rise of the Planet of the Apes’, where he played a supporting role. The film, which was directed by Rupert Wyatt, won an Oscar Nomination for Best Visual Effects.
Felton’s successful career continued, and he appeared in several other hit films such as ‘The Apparition’ (2012), ‘In Secret’ (2013), ‘Against the Sun’ (2014), and ‘A United Kingdom’ (2016).
He is currently playing a recurring role in the American TV series ‘The Flash’, in which he had started appearing from 2016.
Major Works
'Harry Potter and the Philosopher’s Stone’ can be regarded as the first significant work in Tom Felton’s career. The film, which was based on the popular Harry Potter novel series by JK Rowling, was directed by Chris Columbus. It starred actors Daniel Radcliffe, Emma Watson, Rupert Grint, and Warwick Davis in lead roles, while Felton appeared in the supporting role of Draco Malfoy, an antagonistic character, who is the main rival of Harry Potter. The film turned out to be a commercial success, and earned nearly $1 billion worldwide.
‘Harry Potter and the Chamber of Secrets’, which was released in 2002, was the second most important work in Felton’s career. This too was directed by Chris Columbus and starred Daniel Radcliffe, Emma Watson, and Rupert Grint. Felton continued to play the role of the antagonistic character Malfoy, which earned him the ‘Disney Channel Kids Award’ for Best DVD the following year. The film was a huge success and earned nearly $879 million worldwide. It received mostly positive reviews.
’The Apparition’ a 2012 American horror film, is also one of Tom Felton’s popular works. The film was directed by Todd Lincoln. It starred Felton as one of the three college students, who after the death of their friend, end up battling against a supernatural force.
‘Risen’, a 2016 biblical drama film is one among Felton’s most recent works. The film, which was directed by Kevin Reynolds, deals with the events that supposedly occurred after the crucifixion of Jesus Christ. The film starred Felton in a significant role along with actors Joseph Fiennes, Peter Firth and Cliff Curtis. It was a mild success, and received mostly mixed reviews.
Awards & Achievements
Tom Felton has won several awards for his role in the Harry Potter film series. Some of them are the ‘MTV Movie Award’ for ‘Best Villain’ in 2009 for ‘Harry Potter and the Half Blood Prince’, and ‘Teen Choice Award’ for ‘Choice Movie Villain’ in 2010 for ‘Harry Potter and the Deathly Hallows- Part 1’.
Love Life
Tom Felton is known to have dated Emma Watson, Phoebe Tonkin, and Melisa Tamschick.

See the events in life of Thomas Felton in Chronological Order 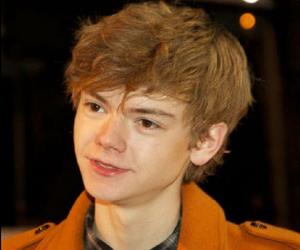 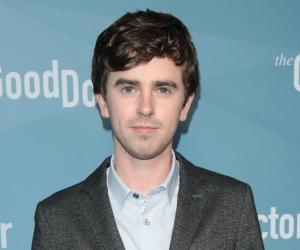