Popularly nicknamed ‘The Splendid Splinter’, Baseball Hall of fame inductee, Ted Williams is widely regarded as one of the greatest baseball players of all time. This baseball legend devoted 22 years of his life to the Boston Red Sox baseball team, a team for which he played all through his baseball career. A left fielder, Williams was recognized by the American League as the ‘Most Valuable Player’ and he has also been awarded the ‘Major League Baseball Triple Crown’. He is often referred to as ‘The Greatest Hitter Who Ever Lived’ because he is best remembered for his hitting prowess. A Major League baseball batting champion combined with a batting average of more than 500 home runs, Williams holds the record for having one of the highest batting averages. Apart from his achievements in the field of baseball, Williams served for United States Marine Corps as a naval aviator during the World War II and was also called to duty during the Korean War. He had an ebullient, jovial personality and was also an ardent fishing enthusiast. American Celebrities
Tall Celebrities
Tall Male Celebrities
Male Sportspersons
American Sportspersons
Childhood & Early Life
Teddy Samuel Williams was born in San Diego to Samuel Stuart Williams, a sheriff, soldier and photographer and May Venzor, an evangelist and member of The Christian organisation, The Salvation Army.
He attended the Herbert Hoover High School, located in San Diego, California and during this time he also enthusiastically played baseball and was a ‘pitcher’ and ‘star’ of his school team. He later played for the San Diego Padres.
In 1936, while playing for the San Diego Padres, he posted a batting average of .271 batting. During this time, he was also spotted by Eddie Collins, who was the manager of the baseball team, The Boston Red Sox.
In 1937, he led the San Diego Padres to a victory, hitting .291 batting average with 23 home runs. The same year, with the guidance of Bill Lane, the manager of the Padres team, he was sent to play for the Boston Red Sox team. 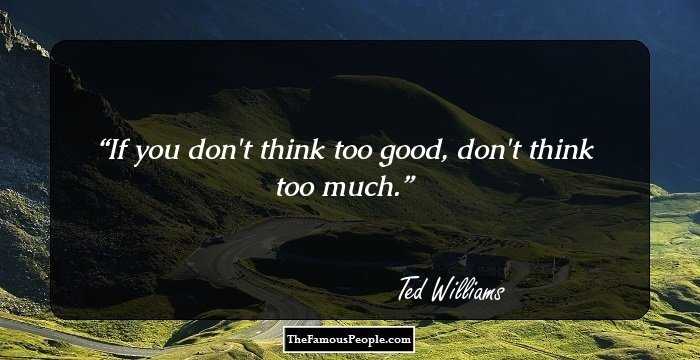 The Best Black Actresses Of All Time
Career
In 1939, he played his first major league match against the New York Yankees and by the end of the league matches he had scored .327 with 31 home runs, after which he was acknowledged as the ‘Rookie of the Year’.
In 1941, he played against the Chicago White Sox and scored one of the longest home runs, which was scored in the 11th inning of the match and led to his team’s victory.
In 1942, he was the winner of the Triple Crown and scored a .356 batting average, 36 home runs and 137 runs batted in. On May 21st that year he scored the 100th run of his baseball career.
By late 1942, he was working as an aviator with the United States Marine Corps. That year, he also played baseball along with team mate Johnny Pesky Chapel Hill, North Carolina.
In 1945, after the Hiroshima and Nagasaki bombings, he was sent to Pearl Harbour, Hawaii, where he represented the Army League, for whom he played baseball.
In 1946, he was relieved from the United States Marine Corps and the same year he came back to the Red Sox team, with whom he signed a $ 37,500 contract. That year, he also led the American League to a 12-0 win.
In 1948, he scored an aggregate of .369 along with 25 home runs and 127 runs batted in and in April that year he scored the 200th run of his baseball career.
In 1949, he scored the 223rd home run of his baseball career and made a record for scoring the most number of home runs for the Red Sox team. The same year he was given a salary of $100,000.
In 1951 season, he played a total of 148 games and scored 30 home runs and in May that year, he hit the 300th home run of his baseball career. The following year, he served in the Korean War.
Continue Reading Below
In 1953, after he came back safely from the Korean War, he played for Red Sox and scored a home run in the 8th inning of the game. That season he scored .407 with 13 home runs and 34 RBIs in the 37 games he played.
In 1956, he scored 400th home run and became the fifth player in baseball history to achieve this feat. The following two years, he had batting averages of .388 and .328 respectively.
In 1960, he played his last game, after which he became the manager of the ‘Washington Senators’, a professional baseball team based in Arlington, Texas. 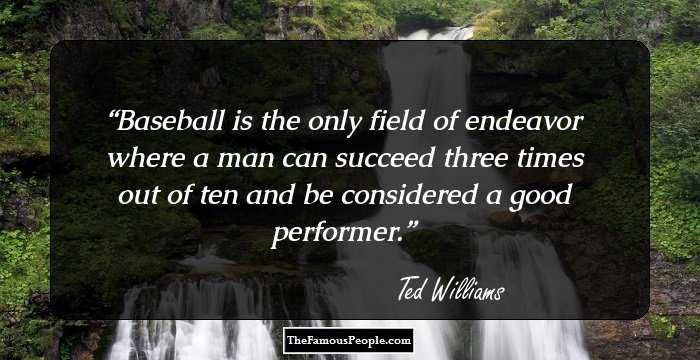 Awards & Achievements
In 1954, he was inducted into the Breitbard Hall of Fame.
In 1966, he was inducted into the Baseball Hall of Fame.
In 1991, he was awarded the Presidential Medal of Freedom, which was bestowed to him by President George H. W. Bush.
In 1999, he was ranked at number eight on The Sporting News list of ‘100 Greatest Baseball Players’.
Personal Life & Legacy
In 1944, he married Doris Soule and the couple had a daughter together. Their marriage ended in divorce in 1954.
In 1961, he married Lee Howard, a model and socialite but the marriage didn’t last long and the couple divorced in 1967.
In 1968, he wedded Vogue model and former Miss Vermont, Dolores Wettach. The couple had two children, John-Henry and Claudia. They divorced in 1972.
He lived with his long-time confidant and partner Louise Kaufman. They lived together for a period of twenty years, till she died in the year 1993.
During his last years, he suffered from cardiomyopathy and in the year 2000, he had a pacemaker implanted, after which he underwent an open-heart surgery the next year.
He died at the age of 83 due to cardiac arrest in Citrus Hills, Florida. 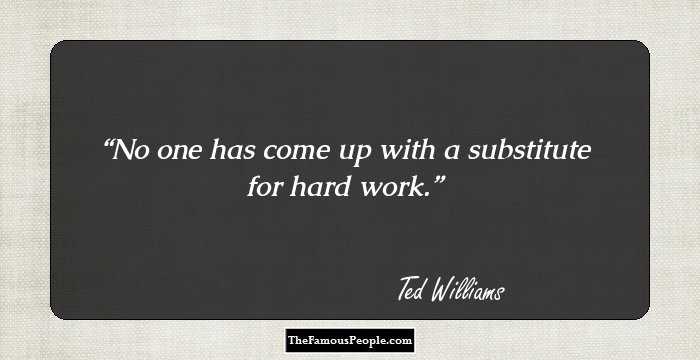 See the events in life of Ted Williams in Chronological Order