Taron David Egerton is a Welsh actor and singer known for his main roles in the British drama TV series 'The Smoke' and the action spy comedy film ‘The Kingsman: The Secret Service’, a movie that was praised by critics and was also a commercial success. Born in Birkenhead, Merseyside, England, he studied acting at the Royal Academy of Dramatic Art. He made his acting debut in the British TV series 'Lewis' where he played a minor role in two episodes. However, the series was cancelled after a few episodes. He struggled for a while after that and it took him some time to find meaningful roles. He persevered despite the hardships and was eventually cast in ‘Kingsman: The Secret Service,' an action comedy spy film which was based on the comic book series ‘Kingsman’. The film was a critical and commercial success. He then reprised his role in the sequel ‘Kingsman: The Golden Circle’ which was again a commercial success. The actor also received critical acclaim for his main role in the British drama film ‘Testament of Youth’ which was based on the true story of a young woman who leaves her studies to become a war nurse. Tom Cullen
DID WE MISS SOMEONE?
CLICK HERE AND TELL US
WE'LL MAKE SURE
THEY'RE HERE A.S.A.P
Quick Facts

Taron Egerton was born on November 10, 1989, in Birkenhead, Merseyside, United Kingdom. His father ran a bed-and-breakfast while his mother is involved in social services. Although born in England, he considers himself Welsh and speaks with a Welsh accent.

He studied at Ysgol Penglais School and later went to the Royal Academy of Dramatic Art. He made his acting debut in 2011, with a small role in the TV series ‘Lewis’ where he played a character named Liam Jay. He got his BA in acting in 2012. 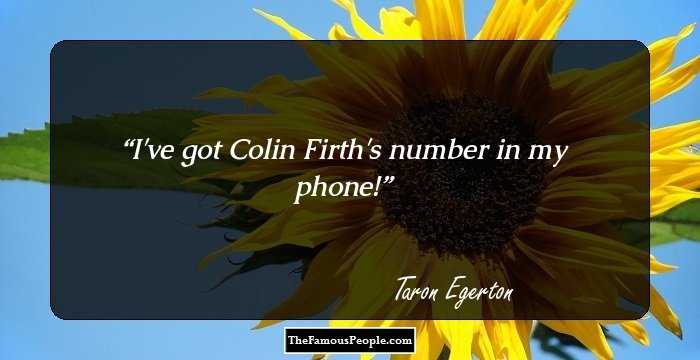 Taron Egerton appeared in the short films ‘Pop’, released in 2012, and ‘Hereafter’, released in 2013. It was in 2014, that he played his first important role on the big screen. He played one of the main roles in the drama film ‘Testament of Youth’. The film was based on a memoir of the same name about Vera Brittain, a young woman studying at Oxford, who leaves her education to become a war nurse during the World War II.

He reached the peak of his career after he portrayed a main role in the action spy comedy film ‘Kingsman: The Secret Service’ (2014). Directed by Matthew Vaughn, the film was about the recruitment of Gary Unwin into a secret spy organization, after which he joins a mission to fight a worldwide threat.
The film was praised by critics and it won the ‘Empire Award’ for Best British Film. It was also a huge commercial success, grossing more than $400 million at the box office. It became Vaughn’s most commercially successful film so far.
Egerton was next seen in the crime thriller film ‘Legend’ (2015), which was written and directed by Brian Helgeland. The film was a commercial success and was met with mixed reviews. It also received multiple awards and nominations.
In 2016, he played the lead role in the biographical sports comedy drama film ‘Eddie the Eagle’. He portrayed Eddie Edwards, a British skier, who became the first competitor to represent Great Britain in the Olympics after many years. The film did well commercially, and was also nominated for an Empire Award for ‘Best British Film’.
He played a voice role in the animated musical film ‘Sing’ in 2016. The film was a commercial success, grossing nearly nine times its budget. It was about a group of anthropomorphic animals who enter a singing competition.
In 2017, he played another voice role in the short film ‘Love at First Sight’. It appeared in the DVD version of the film ‘Sing’. The same year, he also appeared in ‘Kingsman: The Golden Circle’ a spy comedy film which was the sequel to ‘Kingsman: The Secret Service’. Like its prequel, the film was a huge commercial success.

In 2019, he appeared in the musical 'Rocketman,' for which he bagged in a Golden Globe Award. 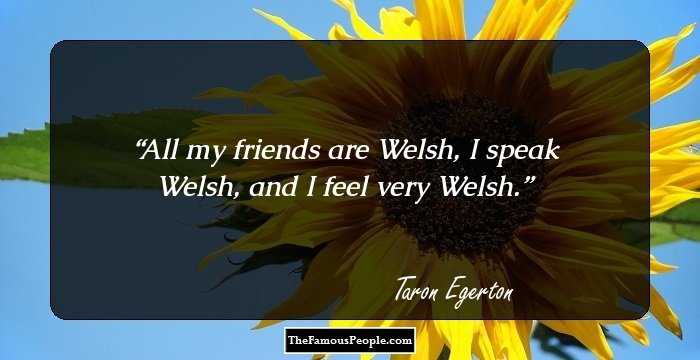 Continue Reading Below
Major Works
Taron Egerton played a major role in the 2014 action spy comedy film ‘Kingsman: The Secret Service’. The film was directed by Matthew Vaughn and it also starred Colin Firth, Samuel L Jackson, Mark Strong, and Michael Caine. The film was a huge commercial success, grossing more than $400 million on a budget of less than $100 million.

He played one of the main roles in the animated film ‘Sing’, which was directed by Garth Jennings. Other actors in the movie included Matthew McConaughey, Reese Witherspoon, Scarlett Johansson, and John C. Reilly. The film featured many songs by famous artistes. The movie did well commercially and was also praised by critics. It was nominated for several important awards as well.

Egerton reprised his role of Gary "Eggsy" Unwin in the action spy comedy film ‘Kingsman: The Golden Circle’ which was the sequel to the film ‘Kingsman: The Secret Service’. The film, like its prequel, was a huge commercial success, and grossed more than $400 million on a budget of $100 million. The film was met with mixed reviews. It was nominated for a Saturn Award in the category of ‘Best Action or Adventure Film’.
Awards & Achievements
Taron Egerton won the Empire Award for Best Male Newcomer for his portrayal of Gary "Eggsy" Unwin in ‘Kingsman: The Secret Service’ (2014). The same role also earned him nominations for BAFTA Rising Star Award, Teen Choice Award for Choice Movie: Breakout Star and Saturn Award for Best Actor.
He was nominated for the London Film Festival Award for British Newcomer in 2014 for his performance in Testament of Youth.

Taron Egerton has earned a 'Golden Globe Award,' and has also bagged in nominations for two 'British Academy Film Awards,' and a 'Grammy Award.' 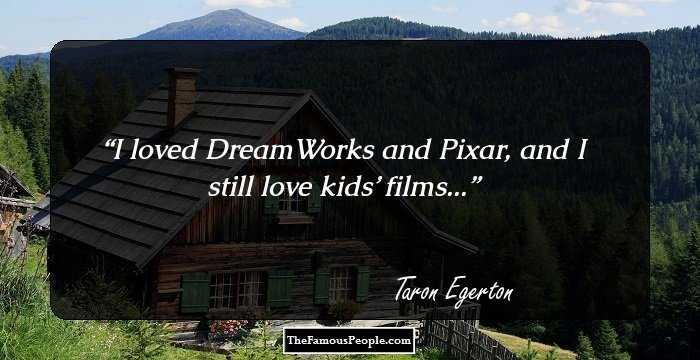 Taron Egerton was romantically linked to British producer Emily Thomas. However, in April 2022, they parted ways.

See the events in life of Taron Egerton in Chronological Order