Tanner Braungardt began his YouTube career by posting his crazy antics with trampoline for which he was immensely appreciated by viewers from all over the world. A resident of the city of Augusta, Kansas, this 16-year-old made the art of free-running and trampoline jumping the next cool thing for teenagers to do. Tanner’s YouTube channel takes up most of his time. He has amassed more than 4.3 million subscribers on YouTube and got featured among the Top 100 fastest-growing YouTube channels in the world. He is slightly behind that of Ellen DeGeneres’, and that’s really saying something! He is followed by 1 million people on Instagram. He also has a website where he posts his upcoming events and markets personalized clothing and accessories. 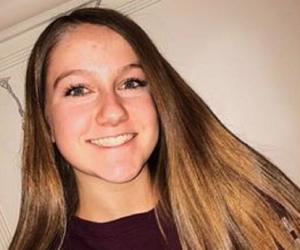 Tanner Braungardt started his YouTube channel by mostly posting videos displaying his considerable gymnastic talents on a trampoline. Backflips seemed to be his specialty. He then moved on to various challenges where he posted videos of crazy acts based upon the requests of his viewers. The famed teen YouTuber seems to be a sucker for drama, drama, and more drama! His video featuring him jumping into a bathtub full of Coca-Cola while his friends emptied packets of Mentos into it earned a record 14 million views! Within months of celebrating 100,000 subscribers in May 2016, the number ballooned to 2 million by January 2017! Talk about epic! Currently he is uploading personal vlogs detailing his musings and life almost daily and on an average his videos get around 750,000 views. All of 16 years of age, and he already owns two cars, a Dodge Challenger with red leather seats being the latest addition.

Tanner has gathered quite a huge fan following in the short time he has been active in social media and there are several reasons behind it. First is his prankster avatar which sort of portrays him as this very cute imp who will engage your attention instantly. Second is his tall, lean, and roguishly adorable looks that teenage girls seem to find irresistible. They regularly flock outside his house in Augusta, sometimes by the carload, just to catch a glimpse of Tanner. The final reason for Tanner’s immense popularity is the attention he showers back on his fans. He takes all their suggestions into account and plans his content based on that. All in all, it’s a really appealing combination that Tanner’s fans just can’t get enough of!

Though Tanner’s videos of doing insane jumps and backflips seem beyond cool to the teenagers, their parents definitely don’t share the same levels of adoration. As a teenager, Tanner has had to face his share of bullying at school. That was especially after he posted his first couple of videos. His peers at school called it lame and mocked at him constantly. It did bother him a lot at that time, but he has since long grown up and accepted the fact that people will criticize you no matter what, and the wisest thing will be to not pay heed to them.

Tanner Braungardt hails from the town of Augusta in Kansas and has two siblings, brother Tristan and sister Taylor, both of who feature in Tanner’s vlogs regularly. His parents divorced when he was four years old and the Braungardt kids came to live with their mom. Mom Kim is extremely supportive of Tanner’s dreams and aspirations. Tanner recently started dating Paris Anderson, a fellow resident of Augusta, Kansas. She had since featured in some of his videos. Tanner even did a video featuring the hate comments she received on her Instagram account and said that it still bothers him when viewers target people close to him.