Tammy Bruce is an American radio talk-show host, bestselling author, columnist, conservative political commentator, and feminist activist. She is the former president of the Los Angeles chapter of the non-partisan feminist organization named the 'National Organization for Women.’ Bruce served them for about 7 years, but her relation with the organization soured because of her ideological differences with them, regarding the O. J. Simpson case. Subsequently, Bruce worked as a full-fledged activist. As a columnist, she has contributed to 'Newsmax.com' and 'The Guardian.' Her editorials and commentaries on social issues have been featured in several national and international journals, such as 'The New York Times,' the 'San Francisco Chronicle,' the 'Los Angeles Times,' 'Esquire,' 'USA Today,' and 'The Advocate.' Bruce often delivers speeches at colleges and corporate and civic organizations, addressing a variety of social groups. She currently serves as an on-air contributor on 'Fox News' and hosts 'Get Tammy Bruce' for 'Fox Nation.' American People
American Women
Leo Writers
Women Writers
Women Activists
Childhood & Early Life
Tammy K. Bruce was born on August 20, 1962, in Los Angeles, California, U.S. Not much is known about her parents. However, she once revealed in an interview that her mother had conceived her as a result of an affair with a member of the mobster gang of Bugsy Siegel and Sam Giancana. Bruce's father left her mother when she got pregnant with Bruce. Hence, Bruce never came to know who her father was. As a result, she developed an interest in genealogy and continued her search for her father.
Bruce graduated in political science from the 'University of Southern California' and is pursuing a PhD from the 'Claremont Graduate University.'
Influenced by authors Ray Bradbury and George Orwell, Bruce began developing an interest in politics and individual liberty at a tender age.
While in her 20s (and in her 30s, too), Bruce prominently worked as a liberal community organizer in Los Angeles. The local media often featured her commentaries on social issues. Bruce was a regular on the local radio station 'KFI Radio' and also hosted her weekend show for them.
Continue Reading Below
You May Like

The Most Popular US Veterans
Career
In 1990, Bruce was appointed as the president of the Los Angeles chapter of the feminist non-profit organization named the 'National Organization for Women' (NOW), a post she held until 1996. She has also served on the board of directors of ‘NOW.’ However, she later became a prominent critic of the organization through one of her books.
She was involved in several ‘Democratic’ campaigns in the 1990s. In 1992, she supported the senate campaigns of Barbara Boxer and Dianne Feinstein and the presidential campaign of Bill Clinton. She campaigned against the sexually violent content of Bret Easton Ellis's 1991 novel 'American Psycho,' published by 'Vintage Books' (under the parent company 'Knopf'). She also raised her voice to boycott all the books published by the company.
The first episode of the 'Tammy Bruce Show' premiered in 1993 in Los Angeles. The show was syndicated in 2005. In 1997, she hosted a talk show aired on ‘KFI.’
Bruce’s first prominent clash with ‘NOW’ was over the O.J. Simpson case in 1995, when they collided because of the differences in their leftist ideologies. The following year, ‘NOW’ censured Bruce, citing her comments over the case as "racially insensitive." She resigned from her post in May.

Tammy Bruce's first book, 'The New Thought Police,' published in October 2001, discussed freedom of expression, personal liberty, and how the practice of left-wing McCarthyism is a threat to democracy.

Her second book, 'The Death of Right and Wrong,' released in April 2003, was a ''New York Times Best Seller.''
In 2003, she served on the ''Transition Team'' of the then-newly elected governor, Arnold Schwarzenegger. The following year, Bruce supported restricting marriage only to heterosexual couples.
Her next book, titled 'The New American Revolution,' was published in November 2005.
Previously, Bruce was a staunch ‘Democrat.’ In 2008, however, she declared she was not affiliated to any political party.
Continue Reading Below
For most of the 2000s, Bruce hosted a national radio program titled ‘Tammy Show,’ for 'Talk Radio Network' (TRN). In 2009, she made a nasty comment on Barack Obama after his move to the ‘White House’ with his family.
In 2009, Bruce’s show on ‘TRN’ became an independent 'New Media' program available online and via podcast. The show was the number-one radio program on the internet radio hub 'TalkStreamLive' for 3 consecutive years.
Bruce made her film debut with the 2009 indie dystopian science-fiction feature '2081,' based on American writer Kurt Vonnegut's short story 'Harrison Bergeron.' The film featured Bruce as 'Diana Moon Glampers.’

Tammy Bruce had a supporting role in the 2011 documentary 'The Undefeated,' based on the life of former governor of Alaska Sarah Palin, who was a nominee for the 2008 vice-presidential run. In November the following year, she served as the guest host of the ‘TRN’ show 'The Laura Ingraham Show,' which was later moved to the 'Courtside Entertainment Group.'

Bruce discussed her criticisms and feminist ideas in a short video posted on the conservative 'YouTube' channel 'Prager University' in 2014.

In May 2017, she guest-appeared on the 'Fox News' show 'Tucker Carlson Tonight,' where she made a silly comment on a young boy who had asked for an apology from Vice President Mike Pence, as he had accidentally touched the boy's face. On knowing that the boy was autistic, she publicly apologized for her statement.
In December 2018, Bruce condemned a Scottish coffee shop on 'Fox News' for calling "gingerbread men" "gingerbread people." She believed that the decision restricted free speech.
As a 'Fox News' contributor, Bruce hosted 'Get Tammy Bruce' in 2019. The show is available on the 'Fox Nation' streaming service.
Family & Personal Life

During an interview with 'C-SPAN' in 2006, Tammy Bruce came out as bisexual. She also said that she chooses to identify herself as lesbian.

At the age of 19, Bruce was in a relationship with actor Brenda Benet. She was Benet’s personal secretary. On April 7, 1982, she found Benet locked in her bathroom at her Mandeville Canyon home. She called the police to break open the door. Benet was found dead. She had apparently committed suicide by shooting herself with a gun.

Tammy Bruce lives in Los Angeles with her cat, Snoopy; her dog, Sydney; and a raccoon named Rocky.

See the events in life of Tammy Bruce in Chronological Order 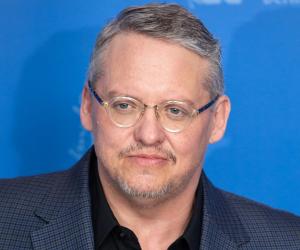