Tablo, also known as Daniel Armand Lee and Lee Seon-woong, is a South Korean-Canadian rapper, music producer, entrepreneur, actor and radio host. The wide range of his career achievements includes his stint as the leader and the producer of the hip-hop group ‘Epik High’. Tablo had a very busy childhood as he kept hopping from one country to another due to his father’s work and started playing music early, starting with the piano and violin. This early love for music continued until he graduated from college and formed the group Epik High in 2003 and released the debut album titled ‘Map of the Human Soul’ in South Korea. The music was heavily inspired from western music and didn’t do well in the South Korean region. However, his next few albums slowly picked up pace and Tablo emerged as a multi-talented musician. He turned to acting with the 2005 sitcom ‘Nonstop’ and a few subsequent roles established him as one of the popular South Korean celebrities. 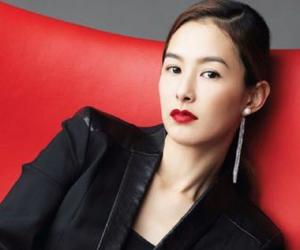 Canadian People
Record Producers
Canadian Men
Stanford University
Male Rappers
Childhood & Early Life
Tablo was born in Seoul, South Korea on 22nd July 1980 in an upper middle family. His father constantly moved due to work and soon after Tablo was born, the family made a move to Jakarta, Indonesia. The family stayed there for three years and for the next three years, the family kept relocating back and forth to Hong Kong and Switzerland, and for a very brief period of time, the family settled their base in South Korea. Tablo is the youngest kid in the family, with an older brother and a sister.
As soon as Tablo turned 8, the family moved to Canada. He did his early education from Canada, and for his higher school education, he attended Seoul International School. Thereafter, he pursued his bachelor’s degree from the Stanford University, graduating in English Literature. After that, he pursued a three years course in creative writing.
Pablo said in later interviews that the unstable life he had as a kid took a toll on his mental health and he was depressed for a very long time. In order to cope with the feelings of loneliness and depression, he turned to music and by the age of 6, he could play piano rather well. By the time he turned 10, he learned to play violin. While he was 16, he started writing poetry and when one of South Korea’s leading artists Kim Gun-mo saw his work, he became an immediate fan and hired him to write the song ‘Rainy Christmas’.
He struggled with frequent bouts of depression and clashed with his parents before making a career in music. He also ran away from home several times. One of his closest friends died of cancer, which also made Tablo emotionally miserable. But fighting all that, he went to South Korea to live his dreams of being a musician and started working towards honing his skills.
Continue Reading Below
You May Like

Famous Beautiful Women With Green Eyes
Career
In 2003, Tablo came across some struggling musicians, Mithra Jin and DJ Tukutz, who were working in the underground South Korean music scene. They came together and formed the group Epik High in the same year, and immediately started working on their debut album. They were wary of the fact that the South Korean mainstream music scene was quite different than what they were doing, but it seemed to them like a risk worth taking.
After a lot of struggle, Woolin Entertainment decided to back their debut effort and the group came ahead in 2003 with their debut album titled ‘The Map of the Human Soul’, and as expected, the album wasn’t received well by the South Koreans. The album had underground hip-hop influences along with western rock ones, but the Koreans downright rejected the talent of Epik High.
This debacle shattered Tablo and he considered moving back to Canada to follow some other career path, but he somehow stayed back to finish the trilogy of albums. Their second album ‘High Society’ fared a bit better than the first one by the audiences and the critics. This infused a confidence in Epik High and with the release of the third, and supposedly the last album by the group, everything turned around. The album ‘Swan Songs’ was a major hit with the critics and the listeners alike.
With the success of their fourth album ‘Remapping the Human Soul’, Epik High became one of the most sought after musical groups in the country. They sold more than 90,000 copies in the first month itself and by end of the year the album became the third highest selling album of the year 2007.
Tablo also ventured in writing a year later and his first novel titled ‘Pieces of You’ became a bestseller in Korean language and its English version also did well in the international markets. The critics praised Tablo’s writing style for a first time author and this made him a respected artist in South Korea and also in the neighbouring countries where his fan-base grew by numbers.
YG Entertainment fixed a deal with Tablo in 2011 to release his solo album, which was also meant to be his solo debut as a musician. This raised questions about Tablo getting away from his band Epic High, but he set aside the rumours and released his first solo album ‘Fever’s End’. It was released in two parts and turned out to be a moderate success commercially and critically.
In October 2012, Tablo announced the comeback of Epic High in the music market with ’99’, the new album after a break of almost 3 years. The album became a hit among received moderate ratings from the critics.
In August 2015, Tablo released a single in collaboration with Joey Badass, an American rapper. The track was named ‘Hood’ and was received critical acclaim.
Apart from his musical achievements, Tablo has remained an integral part of the South Korean television industry by appearing in several variety shows over the years. He started in 2004 with ‘Epik High’s Love and Delusion’ and since then, he has appeared in shows such as ‘Non Stop’, ‘High Kick!’, ‘Happy Together’ and ‘Show me the Money’. He also made an appearance on the show ‘The Return of Superman’ with his real life daughter, and this was love by his fans all over.
Personal Life
Tablo was embroiled in controversy related to his educational background. Someone spotted out that Tablo’s claims that he studied in Stanford University wasn’t right. In a response to this, Tablo uploaded his documents online and many of Tablo’s teachers and classmates from the university claimed that he was in-fact a student at the University.
Tablo married his long-time girlfriend Kang Hye-jung in October 2009 and the couple was blessed with a daughter, Haru, a year later.

See the events in life of Tablo in Chronological Order