Gordon Matthew Thomas Sumner, popularly known as Sting, is an English musician, singer, songwriter, actor and philanthropist. Best known for his singing and song writing career with famous new rock wave band ‘The Police’, Sting received his unique nickname from a striped sweater he wore during his early days, which made him look like a bee. Regarded as one of the smartest and talented musicians in the world, sting pursued his interest in music by performing jazz during his spare time in college. His first break came when he got a chance to join a band called ‘Last Exit’ in 1974. However, this gig didn’t last long and in 1977, after meeting Stewart Copeland, Sting decided to form another band known as ‘The Police’ with him and Henri Padovani who was later replaced by Andy Summers. After giving multiple hit singles for almost a decade, the band disintegrated in 1983 and Sting started his career as a solo artist. Riding on the wave of popularity he enjoyed during his time with ‘The Police’, Sting’s career as a solo artist proved to be a success after he delivered a diverse range of music with songs like “Englishman in New York”, “Fields of Gold” etc. Still active in the world of music, Sting released his last album ‘The Last Ship’ in 2013 which was later released as a Broadway musical in 2014. Apart from music, Sting is actively involved with Human rights movement and other social issues. British People
Pop Musicians
Rock Musicians
Jazz Musicians
British Men
Childhood & Early Life
Sting was born on 2 October 1951, in Wallsend, Northumberland, England, as eldest of four sons of Audrey and Ernest Matthew Sumner. His father was an engineer who later opened a dairy shop and his mother was a hair dresser
He was inspired to have a glamorous life after being waved at by the Queen mother from her Rolls-Royce and around the same time, his obsession with guitar started when he got one from one of the family friends.
He graduated from Northumbria University and soon after college, he started working as a teacher at Cramlington, England's St. Paul's School and taught there for two years before turning into a full-time musician 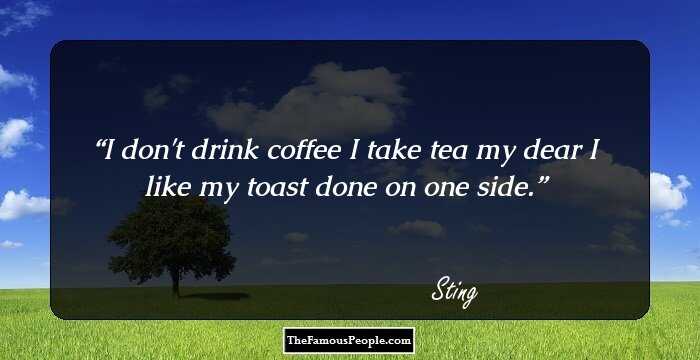 Continue Reading Below
Career
During his time as a teacher at St. Paul’s School, Sting experimented with multiple local bands such as ‘River City Jazzmen’ and ‘Newcastle Big Band’ but the big break came when he decided to form his own band with his teacher-training days friend Gerry Richardson, in 1974. The band was named ‘Last Exit’, coined after the Hubert Selby's cult book, the bleak "Last Exit from Brooklyn".
Sting turned to songwriting for the first time while playing with ‘Last Exit’. The Band was hugely popular in north-east circuit, but with advent of punk rock in 1976, Jazz fusion themed ‘Last Exit’ was doomed to fail
Towards the end of 1976, Stewart Copeland, drummer with Curved Air, approached Sting after seeing him perform in Newcastle and the two decided to form a band with Henri Padovani. In January 1977, Sting left his job as a teacher and left Newcastle to be a full-time musician with his new band, ‘The Police’
In 1979, The Police produced a musical composition “Reggatta de Blanc”, which brought the first Grammy for the group in 1980. Sting wrote the two biggest singles on the album “Message in a Bottle” and “Walking on the moon”.
Heavily touring with the group during 1979-1983, Sting still managed to make his film debut in the 1982 film ‘Brimstone & Tackle’. He contributed to the score and wrote a song, ‘Spread a Little Happiness’ which became his first solo hit.
In 1983, Sting released his final album with ‘The Police’, ‘Synchronicity’. Its single “Every Breath You Take" became the most celebrated song by the group and climbed to the top of both American and British charts. After the tour to support this album ended, Sting decided that the group should take a break and he started his career as a solo artist
In 1985, Sting made his debut as a solo artist with his album, “The Dream of the Blue Turtles” featuring many famous Jazz musicians. This album was very well received by the critics as well as the fans and was proof of Sting’s impeccable song writing and scoring capabilities.
He enjoyed greater success with his later albums like ‘Nothing Like the Sun’ (1987), ‘The Soul Cages’ (1991), ‘Ten Summoner's Tales’ (1993) and ‘Mercury Falling’ (1996)
In 1999, Sting released his most popular solo album till date, ‘Brand New Day’, which won him a Grammy award for Best Male Pop vocal Performance in 2000.
Continue Reading Below
In 2007, Sting reunited with the other members of ‘The Police’ to perform on the Grammy Awards television broadcast and gave a pleasant surprise to his fans.
In 2013, Sting released the album ‘The Last Ship’, which is based on his childhood experiences. This album was adapted for a Broadway musical in 2014 and Sting debuted as a Broadway lyricist and composer for it. 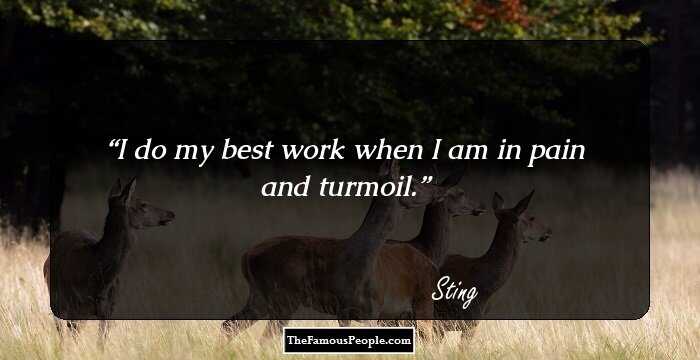 Major Works
Though Sting wrote and composed a lot of popular songs but his most popular song with The Police was “Every Breath You Take” from his album ‘Synchronicity’, released in 1983. It was the biggest US and UK hit of 1983 and remained on top of the Billboard hot 100 singles charts for 8 weeks and on top of UK singles chart for 4 weeks. It was nominated for three Grammy categories, winning in two of them
’Brand New Day’ (1999) was the sixth solo album of Sting and was the most successful out of all of them. It sold 3.5 million copies in United states and was hailed equally by critics and the fans. It earned the Grammy Award for Best Pop vocal album and won Sting a Grammy Award for Best Male Pop Vocal Performance.
Personal Life & Legacy
Sting married Frances Tomelty, an Irish actress on May 1, 1976. They had two children together and the couple divorced in the year 1984.
In 1982, Sting separated from his first wife and started living with actress and film producer, Trudie Styler. They married on August 22, 1992 in south-west England and have four children.
In 1989, Sting founded The Rainforest Foundation International in association with his wife Trudie Styler and Jean-Pierre Dutilleux. The foundation in association with its sister organizations has funded the projects that have protected a total of 28 million acres of forest in 20 different rainforest countries. 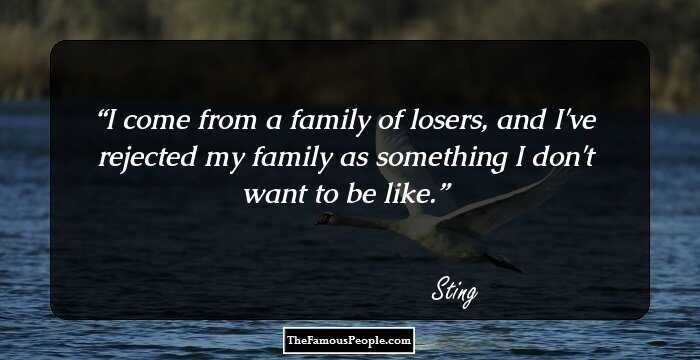 Trivia
Sting played chess grandmaster Gary Kasparov in an exhibition game in 2000 along with his four bandmates and all five of them were defeated simultaneously within 50 minutes.

See the events in life of Sting in Chronological Order 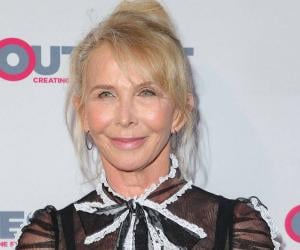