Steven Aaron Jordan, or simply, Stevie J, is a well-known American musician, songwriter, record producer and television personality. The 1997 Grammy Award winner is one of the most successful record producers of the late 90s. Initially Stevie J was a member of Bad Boy Records ‘Hitmen’ – the group that made R&B and hip hop tracks. Later on, Stevie J produced several records for super star artists including Mariah Carey, with whom the star was nominated for Grammys for the contribution to the album ‘Butterfly’. He has also worked with Jay-Z, Tevin Campbell, Beyonce, Deborah Cox, Brian McKnight and Tamia. Apart from producing records, Jordan has also written songs for many albums. He has even played the bass guitar at several live shows. It doesn’t end here! Stevie J has appeared as a lead cast member of several television series. Coming to his contributions to the television world, Jordan has acted as the executive producer and host for a handful of shows. Famous for his super hit songs, Stevie J., has a huge fan following on many social networks. 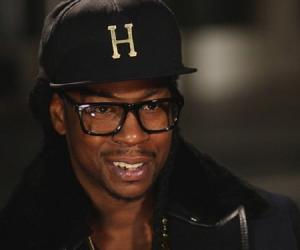 2 Chainz
Musicians #1203
Continue Reading Below
DID WE MISS SOMEONE?
CLICK HERE AND TELL US
WE'LL MAKE SURE
THEY'RE HERE A.S.A.P
Quick Facts

American People
Male Musicians
Scorpio Musicians
American Musicians
Scorpio Men
Career
Stevie J. started his music career in the 1990s with the Bad Boy Records ‘Hitmen’. He also worked with the label owner, Sean Combs, producing many Bad Boy projects. He produced their single ‘Only You’ that featured The Notorious B.I.G. Apart from this, Stevie J. produced several records for Notorious B.I.G.'s album ‘Life After Death’, such as “Nasty Boy”, “Mo Money Mo Problems”, “Notorious Thugs”, “You're Nobody”, “Another” and “Last Day” to name a few. All these projects earned him name and fame.
In 1997, Stevie J. was engaged in the production work of the song ‘I'll Be Missing You’. During that time, he also worked with Mariah Carey on her album ‘Butterfly’ and produced songs, such as “Honey”, “Breakdown”, “Babydoll” and “Breakdown”. In 1997, three of the Stevie J-produced records; ‘Honey’, ‘Mo Money Mo Problems’ and ‘I'll Be Missing You’ topped the Billboard Hot 100. In the same year, he won the ‘Grammy Award’ for his production work on Puff Daddy's album ‘No Way Out’.
In 2001, Stevie J co-wrote the song ‘Let Me Blow Ya Mind’ for rapper ‘Eve’. He also became the member of ‘Swing Mob’ – a New York based record label & music compound. In 2012, he was part of the reality TV series ‘Love & Hip Hop: Atlanta’ alongside his then girlfriend, Mimi Faust, and wife, Joseline Hernandez. Since then, the husband and wife have become a famous couple in the hip-hop world, and have made cameo appearances in several music videos.
You May Like

Famous Beautiful Women With Green Eyes
Continue Reading Below
Personal Life
Stevie J. was born Steven Aaron Jordan on November 2, 1973 in New York. He was raised by his father, Moses Jordan, in Rochester, New York after his mother, Penny Daniels abandoned thefamily. Stevie J. has a brother, Mike. In 2012, he joined the team of ‘Love & Hip Hop’ which featured him in a love triangle, involving his would be wife, Joseline Hernandez, and the then girlfriend, Mimi Faust. In 2013, he married Hernandez and has a child Bonnie Bella Jordan with her. Stevie J also has five other children from his previous relationships. These include: Bonnie Bella Jordan (with Joseline Hernandez), and Dorian Jordan (with Rhonda Henderson), Sade Jordan (with Felicia Stover), Steven Jordan Jr, Savannah Jordan (both with Carol Antoinette Bennett), and Eva Giselle Jordan (with Mimi Faust). He also has a grandson, Zion from his eldest son Dorian.
Trivia
1) Stevie J worked with Beyonce for the song ‘Summertime’.
2) In 2014, Stevie J was arrested on the charges of nonpayment of court-ordered child support.
3) He has an estimated net worth of $5 million.
4) He dated Alex Martin, the daughter of Whoopi Goldberg for six years. The couple got engaged in 2007. However, the relationship didn’t continue for long and the couple parted ways. 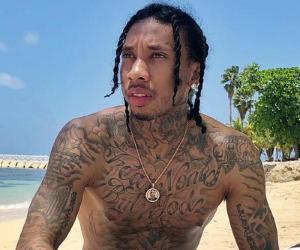 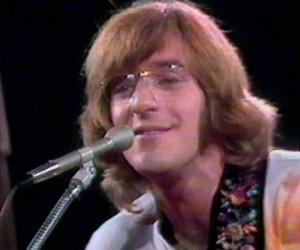 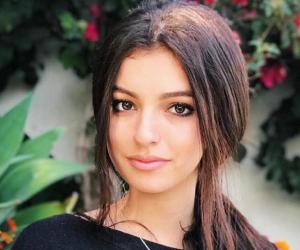