Steven Stayner was an American kidnap victim who was abducted at the age of seven from Merced, California by child molester Kenneth Parnell and his accomplice Ervin Edward Murphy. His captor convinced him that his parents had legally handed him over to him, which probably played a significant role in the boy's inability to take advantage of opportunities to escape despite being free to go out. As he entered puberty, Parnell, who often sexually abused him, even tried to use him as an accomplice in kidnapping other younger boys. However, all those attempts failed, as according to Stayner, he intentionally sabotaged many of those attempts. After Parnell successfully abducted a five-year-old Timothy White, Stayner determined to return him to his parents and escaped with him. While Parnell was arrested and was awarded prison sentence, Murphy, who claimed that he did not know anything about sexual abuse, was given less severe punishment.
Continue Reading Below 224
DID WE MISS SOMEONE?
CLICK HERE AND TELL US
WE'LL MAKE SURE
THEY'RE HERE A.S.A.P
Quick Facts

Deidra Hoffman
Childhood & Early Life
Steven Gregory Stayner was born on April 18, 1965 in Merced, California, to Delbert and Kay Stayner. He was third of five children of his parents and had an elder brother Cary and three sisters.
Continue Reading Below
You May Like

See the events in life of Steven Stayner in Chronological Order 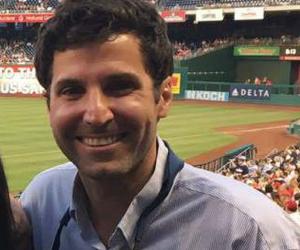