(Actress, Director and Producer Known for Her Role as ‘Punky’ in the NBC Sitcom ‘Punky Brewster’)
Advanced Search Soleil Moon Frye is an American actress, best known for her performances in sitcoms like‘Punky Brewster’ and ‘Sabrina the Teenage Witch’. Frye is considered as the pop culture icon of the 80s. She has starred in numerous television series, telefilms, and has made guest appearances on television shows. Her melodious voice and her skills as a voice over artist have made her to lend her voice for a few animation shows like‘Planet Sheen’. This beautiful and charming actress has made a name for herself in cinema with roles in movies like ‘The Liars’ Club’, ‘The St. Tammany Miracle’, ‘Pumpkinhead II: Blood Wings’, ‘Motel Blue’, ‘The Girls’ Room’ and ‘Bratz: Starrin' & Stylin'’. Her directorial ventures include films like‘Sonny Boy’ and ‘Wild Horses’, an independent film which she also wrote. Apart from acting, scriptwriting and directing, she is a well-known designer and has her own line of clothing for kids, named‘The Little Seed’. Her remarkable performances and directorial skills have garnered her numerous nominations, awards and credits including San Diego Film Festival Award for her docudrama, ‘Sonny Boy’. American People
Directors
T V & Movie Producers
American Women
California Actresses
Childhood & Early Life
Soleil Moon Frye was born on August 6, 1976 in a place called Glendora, which lies in California, United States of America. She is the daughter of Virgil Frye, an actor, and Sondra Peluce, a talent manager and caterer.
Her two half-brothers are Meeno Peluce and Sean Frye, who are actors as well. Her parents got divorced two years after her birth and remarried many years after. Frye’s acting career started when she was just two years old.
She is a notable alumnus of San Fernando Valley Professional School. 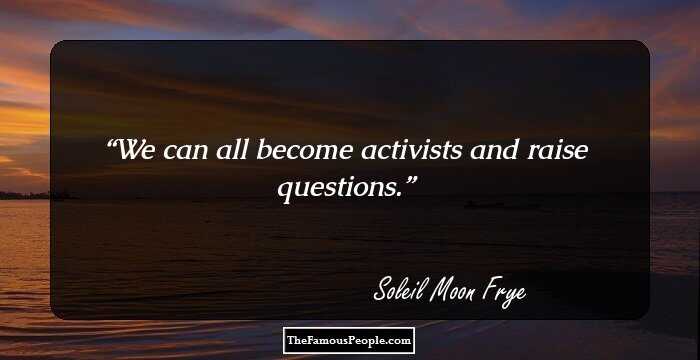 Who Is The Most Popular BTS Member?
Career
Frye’s first acting opportunity came at the tender age of 6 when she appeared in the biopic of Lucile Fray as her toddler, Linda Fray. In 1983, she was seen in the television show, ‘Little Shots’ as Samantha.
After appearing in telefilms like ‘Ernie Kovacs: Between the Laughter’ and ‘Invitation to Hell’, she had her breakthrough role in ‘Punky Brewster’ in the year 1984.In the sitcom, she played a jolly and intelligent kid named Penelope.
But the show was taken off air due to its poor ratings, despite its popularity among the kids. At this point, Frye began working on other TV and film projects.
Her father got her an agent, Herb Tannen & Associates, and soon her career took off. Her mother became her manager.
In 1987, Frye made another television guest appearance on the show, ‘The Law & Harry McGraw’ in the episode titled, ‘She’s Not Wild About Harry’. In 1988, she won the lead role of Tyler McKay in another sitcom titled,‘Cadets’. In 1989, she hosted a weekly special teen talk show called ‘Girl Talk’ along with two other girls, which was based ona girls’ board game.
The beginning of a new decade only meant new adventures to Frye as she continued appearing in television movies, sitcoms and even on the big screen. In 1990, she appeared on the television show, ‘Where’s Rodney?’ She was also seen in an episode titled ‘Growing Up’ in the sitcom, ‘The Wonder Years’, which also starred Fred Savage.
In 1992, Frye lent her voice to the character Amanda Duff for two episodes of the animated series, ‘Tiny Toon Adventures’. The same year, she also made a guest appearance in an episode of ‘Saved by the Bell’, a very popular morning show. The episode was titled as ‘Screech’s Spaghetti Sauce’.
In 1995, she appeared in ‘Pumpkinhead II: Blood Wings’ and also worked on stage.
In 1998, she was seen in the series, ‘I’ve Been Waiting for You’. In the same year, she wrote and directed the film, ‘Wild Horses’, making her directorial debut at a young age of 22.
Continue Reading Below
In 2000, she started playing the role of Roxie King in the show, ‘Sabrina the Teenage Witch’. From 2001 to 2005, she was the voice of Zoey for 46 episodes in the animated series, ‘The Proud Family’. While continuing as a voice-over artist, she appeared in ‘Sex and a Girl/Alex in Wonder’ in 2001.
In 2004, Frye directed again. This time it was a documentary about her father and the Alzheimer’s disease he was suffering from. The documentary was titled as‘Sonny Boy.’
While filming for ‘Sonny Boy’, she worked in many awareness campaigns for Alzheimer’s disease. She won the Alzheimer’s Association Who Wears Purple Best contest. She was honored with the caregiver award at A Night at Sardi’s and at the national gala, with the Alzheimer’s Associations young champion award. She attended the 10th annual Memory Walk in Los Angeles to help the Alzheimer’s Association.
‘Sonny Boy’ was selected at the 27th Starz Denver International Film Festival and won the Best Documentary at the San Diego Film Festival.
In 2007, she, along with her two friends, opened ‘The Little Seed’, an eco-friendly children's specialty boutique in Los Angeles. The boutique now operates wholly on the web.
She has also been able to make a name for herself as an author. In 2011, she published ‘Happy Chaos: From Punky to Parenting’ and ‘My Perfectly Imperfect Adventures in Between’. 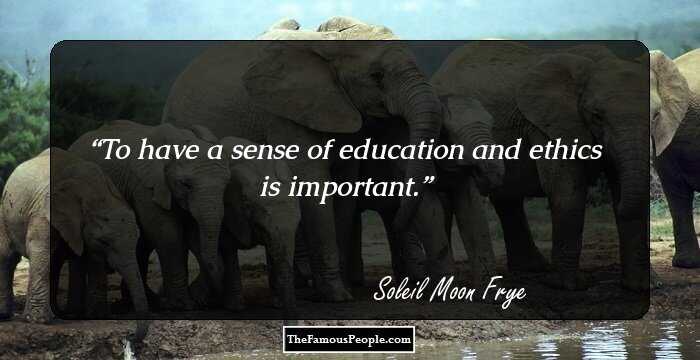 Major Works
It’s Punky Brewster – This was the most notable sitcom in Frye’s career, in which she played Penelope. The show was aired on September 14, 1985 but wastaken off air due to its poor ratings.
Pumpkinhead II: Blood Wings – Frye was seen as Marcie in this horror film which served as the sequel to the 1988 horror film ‘Pumpkinhead’. Released on October 19, 1994, the film later released its video game version in 1995.
Continue Reading Below
Sabrina the Teenage Witch – The show first started on September 27, 1996 and ran for seven seasons. Frye joined the cast as Roxie King, the anti-social feminist roommate, in 2000. She continued with the show until it ended.
Sonny Boy – In 2004, Frye directed her second documentary on her father who was stricken by Alzheimer’s disease. The film was premiered at San Diego Film Festival.
Planet Sheen – Frye worked as a voice-over artist in this animated series. She lent her voice to the character, Aseefa. The series was first aired on October 2, 2010.
Awards & Achievements
Young Artist Award (1986) – Frye won the award under the category Best Young Actress Starring in a Television Series for ‘Punky Brewster’.
Young Artist Award (1989) – She also won the Best Young Actress - Voice Over Role for ‘It’sPunky Brewster’.
San Diego Film Festival (2004) –‘Sonny Boy’ won the Best Documentary Award at the festival. 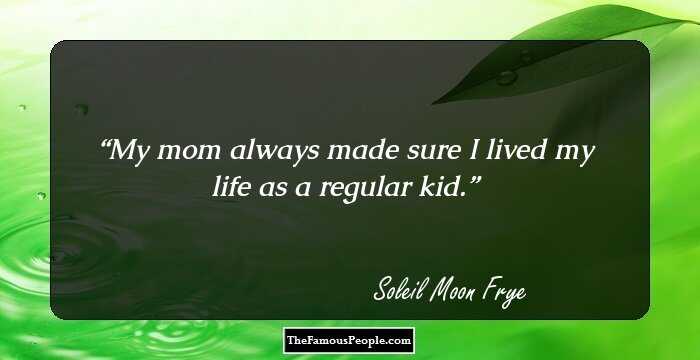 Personal Life
She dated Edward Furlong for some time.
Frye got married to TV producer Jason Goldberg on October 25, 1998. They were blessed with three children. Their first daughter, Poet Sienna Rose, was born in August 2005. Another daughter, who is named Jagger Joseph Blue, was born in March 2008.
The couple welcomed their third child, a baby boy, Lyric Sonny Roads, in February 2014.
Trivia
Frye became Senior Vice President of Webstation.Com of which she also owned 33 % of the total shares.