(One of the Most Influential Filmmakers of All Time)

Sir Alfred Hitchcock was an English movie director. Famously dubbed ‘The Master of Suspense,’ Hitchcock is one of the most influential filmmakers in the history of cinema. He was an extraordinary director who entertained his audience with engaging and captivating suspense thrillers. His fascination with crime began at an early age when he was punished by his father who made him spend a few minutes inside a prison for his mischief. Hence, his movies are symbolic of the guilt and innocence of the wrongdoer and the victim. He had a knack for creating stories that consisted of deceit, fraud, murder, blackmail, and other criminal offences with incredible plot twists in the storyline. The protagonists in his movies were often common people caught in unwanted and unavoidable situations. He was a prolific story-teller and his amazing body of work is considered enthralling by the critics. Most of his movies have stood the test of time and are considered to be masterpieces. He is also remembered by other filmmakers, for he continues to inspire them to be passionate about their work. He is also revered by people around the world for his entertaining and thrilling stories.

Ralph Fiennes
DID WE MISS SOMEONE?
CLICK HERE AND TELL US
WE'LL MAKE SURE
THEY'RE HERE A.S.A.P
Quick Facts

Alfred Joseph Hitchcock was born on August 13, 1899, in Leytonstone, England, to William Hitchcock, a greengrocer and poultry salesman, and Emma Jane Hitchcock. He was named after his father’s brother.

He was the youngest of the three children in his family. He had a brother named William and a sister named Eileen. He was raised a Roman Catholic.

One of the incidents that took place in his childhood was etched on his mind. When he was five years old, he was sent to a police station by his father; he had sent him with a note requesting the policeman to lock him in a prison for a few minutes as he had misbehaved in his house. He remembered this humiliation and the experience left him with a lifelong fear of policemen.

He received his early education from ‘Howrah House Convent,’ ‘Wode Street School,’ and ‘Salesian College.’ When he was 11, he was sent to ‘St Ignatius College’ in Stamford Hill. Later, he enrolled at ‘London County Council School of Engineering and Navigation’ in Poplar, London to pursue a career in electrical engineering. 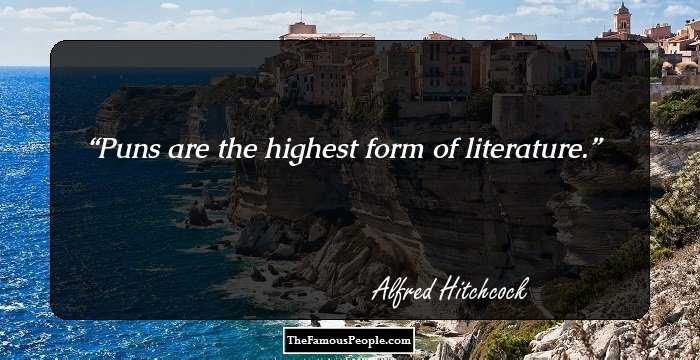 His first job was that of a draftsman and advertising designer at a local cable company called ‘Henley’s.’ In 1919, when the company opened its in-house publication ‘The Henley Telegraph,’ he started writing short stories for it and became a contributor to the company’s success.

When a Hollywood company called ‘Famous Players-Lasky’ opened a new film studio near London, he was appointed as the title card designer in the ‘Islington Studio.’ Gradually, he started working as a screenwriter, art director, and assistant director in movies, such as ‘Woman to Woman’ (1923), ‘The White Shadow’ (1923), ‘The Blackguard’ (1925), and ‘The Prude’s Fall’ (1925).

In 1922, he got an opportunity to direct a movie titled ‘Number 13,’ but the project was later shelved because of financial problems. He landed his next venture as a director in 1925 with a movie called ‘The Pleasure Garden,’ which was a commercial flop.

In 1926, he directed his first successful suspense thriller ‘The Lodger,’ based on the subject of serial killings in London. Initially, the producer shelved the project, but it was released in 1927, becoming a major critical and commercial success. It was followed by many box-office hits in the following years. 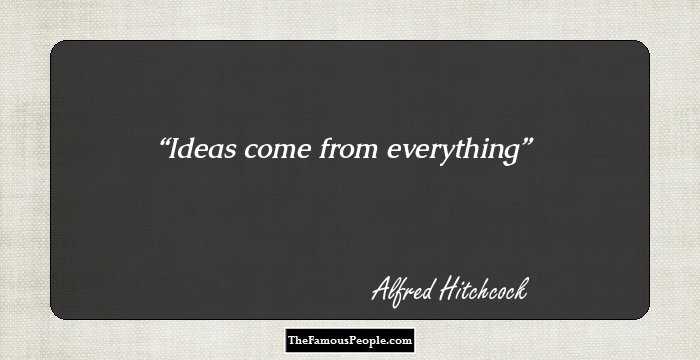 His 1929 movie ‘Blackmail’ is considered to be a significant milestone in British filmmaking history; it is the first British talkie movie. The film is about a London-based woman who is blackmailed after she kills a man who tries to rape her.

His 1960 classic ‘Psycho,’ a psychological suspense drama, is considered one of the greatest films of all time. It received four ‘Academy Awards’ and was selected by the ‘US Library of Congress’ for preservation in the ‘National Film Registry.’

He won two ‘Golden Globe Awards’ and eight ‘Laurel Awards’ for his work. He received five nominations for ‘Best Director’ at ‘Academy Awards’ and also received the ‘Irving Thalberg Memorial Award’ at the 1968 ‘Oscars.’

He was honored with five ‘Lifetime Achievement Awards,’ including the one presented by the ‘American Film Institute’ in 1979. He received the first ‘BAFTA Academy Fellowship Award.’

In 1980, he was knighted by Queen Elizabeth II and was made the Knight Commander of the Most Excellent Order of the British Empire (KBE). 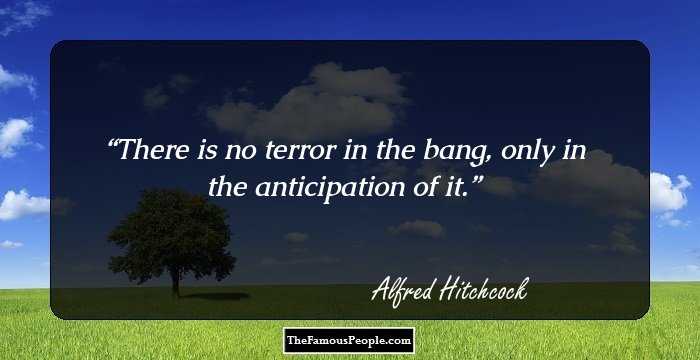 He met Alma Reville while working as the director of a film titled ‘Number 13,’ which was abruptly shelved due to lack of funds. Alfred and Alma got married in 1926.

He died on April 29, 1980 in California due to kidney failure. His mortal remains were cremated and the ashes scattered over the Pacific Ocean.

Quotes By Alfred Hitchcock | Quote Of The Day | Top 100 Quotes

See the events in life of Alfred Hitchcock in Chronological Order