Joseph Jefferson Jackson was an American baseball player, who, at the height of his career, was a star outfielder for multiple Major League Baseball (MLB) teams. Popular by the nickname Shoeless Joe, his incredible record on the field was tarnished by his alleged association with the Black Sox Scandal. A South Carolina native, Jackson was a baseball prodigy even in his childhood. When he was 13 years old, one of the owners of Brandon Mill asked his mother to let him play for the mill’s baseball team. It took eight more years for him to make it to the Major League where he played for the Philadelphia Athletics, Cleveland Naps/Indians, and Chicago White Sox. A gifted left fielder, he still holds the third-highest batting average record in the major league history and the records for both triples in a season and career batting average in the Indians and White Sox franchise. In 1919, Jackson, along with seven other Chicago White Sox players, was accused of taking money from a gambling syndicate in exchange for losing that year’s World Series against the Cincinnati Reds. As a result, Jackson and others were permanently banned from professional baseball, despite their acquittal in a public trial in 1921. In the ensuing years, his guilt has been the subject of a fierce debate in America. Jackson, forced to retire at the height of his career, played for and managed several minor league teams and later opened a dry cleaning business with his wife. In 1999, he was placed at #35 on The Sporting News' list of the 100 Greatest Baseball Players. 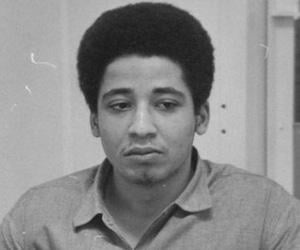 American Celebrities
Male Sportspersons
American Sportspersons
American Baseball Players
Cancer Men
Childhood & Early Life
Born on July 16, 1887, in Pickens County, South Carolina, Joseph Jefferson Jackson was the oldest son of Martha and George Jackson, who was a sharecropper. He relocated to Pelzer, South Carolina with his family early in his life.
A few years later, the family had to move once more, this time to a company town called Brandon Mill, which is located on the outskirts of Greenville, South Carolina. When he was ten years old, he suffered a serious bout of measles. It confined him to his bed for two months, paralyzed, while his mother took care of him.
He took a job as a “linthead” in the town’s textile mills at the age of six or seven. He had a brother named Gertrude Trammell. His family was not financially able to provide him with an education, so Jackson remained illiterate for the rest of his life. To support his impoverished family, he worked a 12-hour shift every day.
He was interested in baseball from an early age and his mother agreed to let him play for the Brandon Mill’s baseball team. Thus, Jackson’s life as a baseball player formally took off.
Being the youngest player in the team, he earned $2.50 to play on Saturdays. He initially participated in the games as a pitcher but after accidentally breaking another player’s arm with a fastball, the team manager put him in the outfield. Subsequently, his hitting ability made him popular in his hometown. During this period, he was gifted with a baseball bat, which he later named “Black Betsy”.
By 1905, he had become a semi-professional and was travelling from one mill town to another, playing for the respective teams. He was nicknamed ‘Shoeless Joe’ during one of these games in Greenville, South Carolina. Jackson had to take off his shoes as he had blisters on his foot from his new pair of cleats. He was batting when a heckling fan noticed his feet and shouted, “You shoeless son of a gun, you!" The resulting nickname stuck with him for the rest of his life.
Continue Reading Below
You May Like

The Best Black Actresses Of All Time
Career
In 1908, Shoeless Joe Jackson joined Greenville Spinners, beginning his career as a professional baseball player. In the same year, he signed a contract with Connie Mack to be a member of the Philadelphia Athletics’ squad for MLB.
Initially, he encountered some troubles adapting to the life of a professional sportsman in a major city like Philadelphia. He was also reportedly being hazed by his teammates on a regular basis. He played only ten professional games in the 1908-09 season.
In 1910, the Athletics traded him to the Cleveland Naps. After spending the majority of his first season with the Naps in the minor league, Jackson recorded a .408 batting average in his first ever full season in 1911 as well as led the league with a .468 on-base percentage.
The following season, his average was .395 and he was the leader in the American League in hits, triples, and total bases. On April 20, 1912, Jackson had the honor of scoring the first run at the Tiger Stadium. In 1913, he was again leading the league with 197 hits and a .551 slugging percentage.
Jackson was traded once more in 1915. During his tenure with the Chicago White Sox, he was instrumental in White Sox’s American League pennant and the World Series wins. He batted .307 against the New York Giants during White Sox’s successful campaign in the World Series
As the World War I broke out, Jackson was designated to work in a shipyard, missing most of the 1918 season. He returned next year and registered a solid .351 average during the regular season and an average of .375 with perfect fielding in the World Series. However, the White Sox lost the series to the Cincinnati Reds.
Jackson batted .382 in the next season and was at the forefront of the American league when the Black Sox Scandal began to unfold.
Following White Sox’s defeat against the Reds in the 1919 World Series, Jackson and seven of his teammates, first baseman Arnold "Chick" Gandil, pitcher Eddie Cicotte, centre fielder Oscar "Happy" Felsch, utility infielder Fred McMullin, shortstop Charles "Swede" Risberg, third baseman George "Buck" Weaver, and pitcher Claude "Lefty" Williams, faced accusations of match-fixing at the 1919 World Series against the Cincinnati Reds.
It was alleged that they had taken $5,000 each to lose the match. Jackson had an incredible season in the concerning year and the reports on contemporary newspapers do not support the assertion that the Reds scored a high number triples to his position in the left field. In September 1920, a grand jury was designated to look into the allegations.
Continue Reading Below
A year later, a Chicago jury found them not guilty of the charges and all the players were subsequently acquitted. However, the newly appointed Commissioner of Baseball Kenesaw Mountain Landis slapped a lifetime ban on Jackson and his teammates.
Even after his permanent suspension, Jackson was associated with baseball, both as a player and coach, for the next 20 years. He primarily was involved with minor league teams based out of Georgia and South Carolina. He eventually shifted to Savannah, Georgia, where he started a dry cleaning business with the help of his wife.
Awards & Achievements
In 1951, Shoeless Joe Jackson was inducted into the Cleveland Sports Hall of Fame. That year, he was also honored by the Baseball Writers Association of America.
In 2002, a statue was erected in his honor in Greenville, South Carolina. He was inducted into the Baseball Reliquary's Shrine of the Eternals, also in 2002.
Personal Life & Legacy
Jackson wed Katherine “Katie” Wynn in 1908 and was married to her until his death in 1951. The couple did not have any children but brought up two of his nephews together.
In 1933, Jackson and his wife moved to Greenville, South Carolina, where they had a barbecue restaurant. As he got older, he developed several heart issues.
On December 5, 1951, he passed away due to a heart attack at his home in Greenville. He was 64. Jackson was subsequently buried at Woodlawn Memorial Park in Greenville.
American author Eliot Asinof’s book ‘Eight Men Out: The Black Sox and the 1919 Series’ was published in 1963 and in 1988, a film of the same was released with actor D.B. Sweeney as Jackson. In the 1989 Kevin Costner-starrer ‘Field of Dreams’, Jackson was portrayed by actor Ray Liotta.
Trivia
As Jackson was illiterate, his wife Katie signed most of his autographs, which has made anything actually autographed by Jackson himself highly valuable.
You May Like