Shaun White is an American professional snowboarder, skateboarder, actor, and musician. Over the years, he has won three ‘Olympic’ gold medals for the US. Born and raised in San Diego, California, Shaun grew up loving snowboarding. Soon, professional skateboarder Tony Hawk discovered Shaun and befriended him. Under Tony’s mentorship, Shaun grew up to become an extremely talented snowboarder and skateboarder. Since childhood, he had developed a keen interest in snowboarding, following in his elder brother’s footsteps, and by the time he was thirteen, he had won several honors and medals in the game. In 2003, Shaun entered the ‘Winter X Games’ and performed excellently, thereby gaining the attention of the entire country. He qualified for the 2006 ‘Winter Olympics’ and earned a gold medal in the halfpipe event. He won the ‘Olympic’ gold again in 2010. In the 2018 ‘Winter Olympics,’ he won the third gold of his career. He also ventured into films and entertainment. He has appeared in films such as ‘Friends with Benefits’ and ‘Cloud 9.’ He also happens to be a guitarist and is associated with the band ‘Bad Things.’ Antonio Brown
3rd September In History
DID WE MISS SOMEONE?
CLICK HERE AND TELL US
WE'LL MAKE SURE
THEY'RE HERE A.S.A.P
Quick Facts

American People
Male Sportspersons
American Snowboarders
American Sportspersons
Virgo Men
Childhood & Early Life
Shaun Roger White was born in San Diego, California, on September 3, 1986, to Roger and Cathy White. He was their youngest child. Shaun grew up with two older siblings: a sister and a brother.
As a baby, Shaun suffered from a complicated heart ailment and was operated upon twice before he was one year old. The surgery threatened the little boy’s prospect of a long and healthy life, but it never quite bothered Shaun later in life.
Both of Shaun’s parents were into sports in their younger days. Shaun, along with his siblings, would often ski in the nearby mountains during the winters. The kids were also interested in skateboarding and exhibited a natural inclination toward it. Shaun was the most aggressive skier among the siblings, and that got his mother worried. She feared for his safety. As a result, she started encouraging him to follow snowboarding instead of skiing.
Shaun’s older brother, Jesse, was a good snowboarder and Shaun followed in his brother’s footsteps. However, he soon became better at snowboarding than Jesse. He had a natural talent for it, which was noticed by his parents, too.
His parents, despite living on limited means, were highly supportive of their kids’ passions. Noticing Shaun’s snowboarding skills, they often drove him to various snowboarding meets and enrolled him into competitions when he was just 7 years old. He soon entered the national ‘Under-12 Championship’ and was placed at the 11th spot.

By the age of thirteen, he had begun participating in several snowboarding competitions and was on a winning spree. At the age of fourteen, he finally turned professional. Around this time, snowboarding officially entered the ‘Olympics’ as a sport. The stage was set for Shaun, and he was eager to exhibit his talent on a global stage.

Shaun participated in the ‘Winter X Games’ in 2002, and won medals every time he competed in the event. By 2013, he had won thirteen gold medals, 3 silver medals, and 2 bronze medals in the snowboard slopestyle event. He did not lose a competition until 2007.

He participated in the ‘Winter Olympics’ for the first time in 2006, and competed in the halfpipe event. However, Shaun’s performance was not too brilliant. His average performance almost forced him out of the competition, but he soon picked himself up and ended up winning the gold medal

In 2008, Shaun entered the ‘US Open Snowboarding Championships’ and aced the halfpipe competition. Later in the same year, his national fame drove a video game-developing company to launch a game based on him. The game, titled ‘Shaun White Snowboarding,’ was released in November 2008. Within a month, it sold enough copies to be named the 20th bestselling game of the year.

At the 2009 ‘Winter X Games,’ Shaun won another gold medal in the superpipe event after a highly controversial final, where the judges could not decide between him and Kevin Pearce. The gold eventually went to Shaun, as he had been more technical in his attempts in the halfpipe event. In the slopestyle event, Shaun won the gold, which was his first gold medal in the event after two straight years of winning the bronze.

In February 2009, Shaun won the ‘FIS World Cup’ men’s halfpipe event. He also made a record in the same event. During his first finals run, he scored 47.3 points, which was the highest score at any ‘FIS’ halfpipe event ever.
The 2010 ‘Winter Olympics’ brought another gold for Shaun, in the halfpipe event. In the first run for the finals, he scored 46.8 points and was declared the clear winner, without even a need for the second run. However, he insisted on having a second run and performed in style, with a ‘Double McTwist 1260.’ He later named it ‘The Tomahawk.’ Thus, he became the highest scorer again, scoring 3.4 points more than the silver-winner.
In 2012, Shaun participated in the ‘Winter X Games’ and amazed everybody with a perfect performance. He scored a “perfect 100” in the men’s snowboard superpipe competition.
In December 2013, his performance suffered, and he secured the third place in the ‘FIS Snowboard World Cup.’ The average performance continued in the next year, when he ended up in the fourth place in the halfpipe event at the 2014 ‘Winter Olympics.’ However, the silver lining to this abysmal performance was that he was the most talked-about celebrity on ‘Facebook’ during the ‘Olympics.’
Shaun made a solid comeback during the 2018 ‘Winter Olympics’ and ended his tournament run with a gold medal in the halfpipe event.
Continue Reading Below
Entertainment Career
Shaun White started getting offers to appear in films and TV ever since he came in the national limelight. He played himself in the 2011 film ‘Friends with Benefits.’ He also appeared in the ‘Disney’ film ‘Cloud 9.’
Later, in an interview, Shaun claimed that he had turned down dozens of film offers due to the fact that the characters he was supposed to play were almost always similar.
Shaun has been playing the guitar ever since he was a kid. He now plays for the electronic rock band ‘Bad Things.’
Shaun has also appeared on ‘The Tonight Show with Jay Leno’ and the reality show ‘The Girls Next Door.’
Awards & Achievements
In 2009, ‘Snowboarder Magazine’ named him the world’s ninth-best snowboarder. He has also won the ‘Most Metal Athlete’ award at the ‘Revolver Golden Gods Award.’ ‘Transworld Snowboarding’ has named him ‘Rider of the Year’ twice.
Shaun White happens to be the only snowboarder to have won both the ‘Summer Dew Cup’ and the ‘Winter Dew Cup.’
Personal Life
Shaun White has earned the nickname “The Flying Tomato,” owing to the red hair on his head.
In September 2012, he was arrested after being accused of vandalism and public intoxication at a party in Nashville.

In 2013, he started dating Sarah Barthel of the music band ‘Phantogram.’ Since 2020, he has been dating actress and model Nina Dobrev.

In 2016, Shaun was accused of sexual harassment by Lena Zawaideh, the drummer of his own band, ‘Bad Things.’ However, they later reached an out-of-court settlement.

See the events in life of Shaun White in Chronological Order 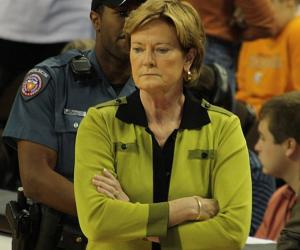 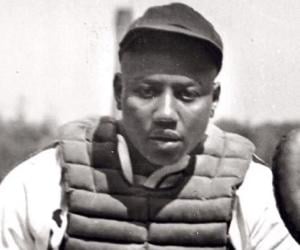