Shalimar Seiuli was an American–Samoan dancer who became a public figure after she was seen entering Hollywood star Eddie Murphy’s car while working as a prostitute. Ever since she was young, she had identified herself as a woman. Born and raised as a transgender in the village of Mesepa, in the Samoan Islands, she adopted the name “Shalimar,” which was the name of the French perfume brand she used. Upon growing up, she began contesting in beauty pageants and eventually ended up winning the ‘Miss American Samoan Island Queen’ pageant in 1993. In 1996, she moved to Los Angeles, where she underwent a hormone replacement therapy to complete her physical transition into a woman. She had arrived there to work as a fashion designer, but she was unable to find work. She thus resorted to prostitution to afford the therapy and to make ends meet. In the wee hours of May 2, 1997, she was seen entering the SUV of popular Hollywood star Eddie Murphy. Eddie was questioned and was later discharged, while Shalimar was arrested for prostitution. Following this, Shalimar became popular and began working as a dancer at a popular Los Angeles nightclub. In April 1998, she was found dead just outside her apartment. The incident was later termed an accident. Donielle Hansley
Dancers #407
Continue Reading Below
DID WE MISS SOMEONE?
CLICK HERE AND TELL US
WE'LL MAKE SURE
THEY'RE HERE A.S.A.P
Quick Facts

Cause of Death: Falling

Donielle Hansley
Childhood & Early Life
Shalimar Seiuli was born Saoaumaga Atisone Kenneth Seiuli, on July 6, 1976, in the village named Mesepa in American Samoa. Hers was a devout Mormon family. Mormonism is one of the branches of Restorationist Christianity.
Shalimar grew up as a transgender and adopted the identity of a female later, as she found many female attributes in her personality. She liked dancing and doing make-up.
She joined local schools. At the ‘Leone High School,’ she was the captain of the cheerleading team. While growing up, she adopted the name “Shalimar,” which was the name of a French perfume brand that she used as a teenager.
Following her high-school graduation, she began participating in various beauty pageants and ended up winning the ‘Miss American Samoan Island Queen’ pageant in 1993. It was the only Samoan beauty pageant for third-gender people. However, a large part of the American society never accepted the beauty pageant as relevant.
Three years later, she decided to move to Los Angeles for better career opportunities. Back then, she was struggling to build a career as a fashion designer.
She decided to undergo an expensive hormone replacement therapy for a complete physical transformation into a female. However, she was not making enough money to afford the treatment. Hence, she took to prostitution. She became a street prostitute, picking up clients at the ‘Santa Monica Boulevard,’ a notorious street popular with prostitutes.
Continue Reading Below
You May Like

The Sexiest Men Of 2020, Ranked
The Eddie Murphy Scandal
At around 5 am, on May 2, 1997, she was seen entering a ‘Toyota Land Cruiser.’ The car belonged to popular Hollywood actor Eddie Murphy, and he was on the driver’s seat. She was unaware that she was being watched by the police.
The police stopped the vehicle and took both Eddie and Shalimar to the nearby police station, where Eddie was questioned for about 30 minutes. Eddie tried to save himself by saying that she had asked for a lift and he had offered her one. After the questioning, the police believed that nothing illegal had occurred inside the vehicle.
Eddie was let go after some questioning, as the police believed his story. Shalimar was not so lucky and was held for an earlier charge of prostitution.
However, such big news was not going to fade away in secret. The news was all over the media. The major news channels and tabloids of the country highlighted the story as the main headline.
Shalimar’s bail was set at $15,000, and a leading tabloid named ‘The National Enquirer’ offered to pay it. The bail was paid in exchange for exclusive information that Shalimar was to reveal to them.
Soon, the news grew exponentially. The whole scandal became more intense after a photographer produced a video tape of the entire incident. The tape was telecast on ‘Hard Copy TV.’ Famous talk-show host and comedian Jay Leno mocked the incident by airing a parody of it on TV.
Soon, several other transsexuals and sex workers came ahead to share their sexual encounters with Eddie. None of these stories were proved to be true, and all the testimonies were later taken back.
However, the damage had already been done, and Eddie’s career suffered. The coverage of the whole incident was scandalous and did not sit well with Eddie. Eddie sued ‘The Globe’ and ‘The National Enquirer’ with a $5 million lawsuit for slander and invasion of privacy. However, Eddie later took back the lawsuit, and a settlement was finalized.
Eddie did not stop there. He also sued Ioane Seiuli, who claimed to be a relative of Shalimar, for spreading fake news and for giving false reports to ‘The New York Times.’ Shalimar was later interviewed by a transsexual author named Candace Watkins, for the book titled ‘In the Closet with Eddie Murphy.’ The book also had first-hand accounts and interviews by other transsexuals and sex workers with whom Eddie had supposedly had sexual encounters.
Later Career
Following the incident, Shalimar became a public figure overnight. She was offered several professional shows. She also appeared as an actor in a porn movie. She also quit working as a street prostitute and started working as a dancer and the “House Madame” at a popular Los Angeles club named ‘7969.’
There, she performed on live erotic dance shows, with a snake, and adopted the personality of a dominatrix. Reportedly, actors Demi Moore and Charlie Sheen often visited the nightclub to witness her performances.
Her close friends and co-workers claimed that she had received multiple death threats from Eddie Murphy’s fans. She was blamed by fans for destroying the reputation of the actor for her personal gains.
Due to the threats, she became depressed and usually traveled in isolation. She also used different names to minimize the risk of being attacked by Eddie’s fans.
Death
Shalimar Seiuli’s bikini-clad corpse was found on the morning of April 22, 1998, about a year after the incident with Eddie. Her body was lying on the sidewalk outside her apartment building.
Conspiracy theorists went berserk, accusing Eddie of getting her murdered by hiring an assassin. Further investigations revealed nothing that could be linked to Eddie’s involvement in the death of Shalimar.
The autopsy report suggested that she had died from falling from her fifth-floor apartment.
Shalimar’s story was placed at the 67th spot on ‘E! TV’s list of “The Greatest Shocking Moments in Entertainment History,” in 2003.
You May Like

See the events in life of Shalimar Seiuli in Chronological Order 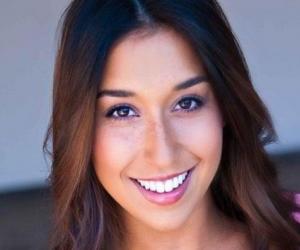